A new rank with additional requirements and rewards.

Yu-Gi-Oh! Master Duel is expanding its Ranked Duel system, adding in a new highest rank so players can continue to push themselves as they compete against some of the best duelists in the world.

Diamond Rank will now be the highest rank obtainable in Ranked Duels. The new rank slots in above Platinum Tier 1 starting with Ranked Duel Season 5, which runs until May 31. 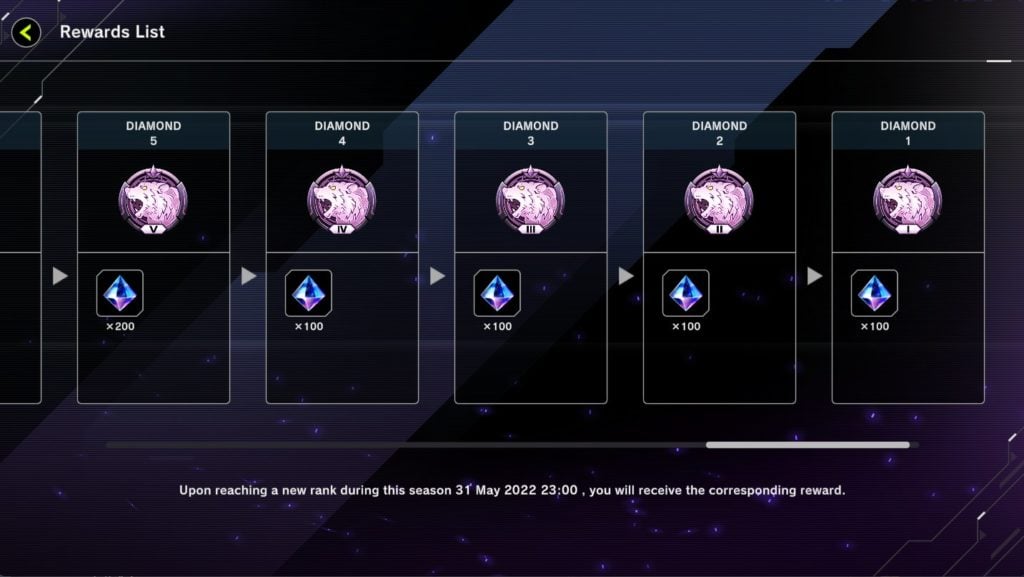 This does update certain elements of the ranked ladder, specifically for the end of each season. Now, finishing a season in Diamond will have a player’s rank reset into Platinum at the end of a ranked season. As of now, it appears the other rank reset rules apply and have been used for the start of Ranked Season 5. Here is that breakdown:

Along with this new update, Konami has also fixed an issue that would allow players to disconnect before the coin toss is completed and avoid forfeiting a duel. Now, anyone who disconnects at any stage of a duel and does not reconnect will lose the duel.

The developers are also working on a fix for a bug that sometimes shows the reconnect window to players who arent disconnected. A fix for this should be released soon, and Konami asked players to continue submitting their feedback.

More details about the Diamond Rank, along with other changes, will be released in early May, which will likely come with Master Duels next major update.

Latest comments
No comments yet
Why not be the first to comment?
Featured news
Mobile3 days ago