XSET's pride merch profits will go toward a Massachusetts-based charity.

XSET revealed its pride merch today. Fans can buy colorful T-shirts to show their support for pride and the proceeds will go to charity.

The shirts come in black or white and have many sayings written on them such as “unapologetically me,” “pride,” “say gay,” “straight but not narrow,” and more. The words are written in rainbow colors and have a graffiti style for the font. On the front of the shirt is a small flag made out of pride colors with a stylized version of the XSET logo in the corner of the flag.

The idea behind the T-shirts was conceptualized by merchandising manager Matthew Brunken and XSET co-owner Erin Ashley Simon, and the design of the shirt was done by design director Zachary Azzara. 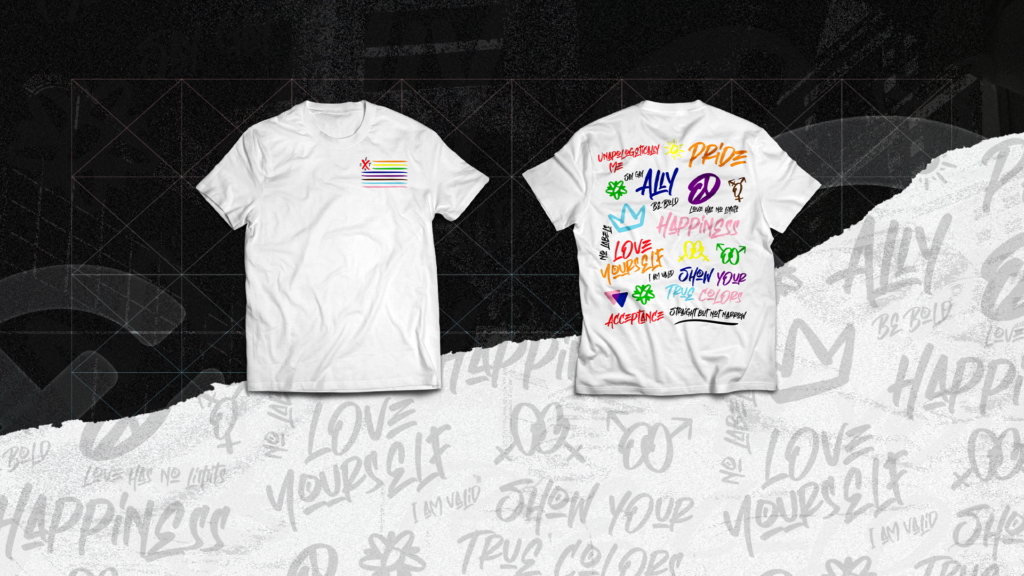 The shirts are on sale for $34, the same as the org’s other comparable T-shirts, but the profits from these shirts will go toward charity. Not only are these shirts just in time for pride, but they are also going to be around permanently. These shirts are considered part of XSET’s core merchandise and the plan is to donate the proceeds of the shirts to charity permanently as well, although XSET may switch up the charitable organization.

For the rest of this month, the proceeds will go to the Transgender Emergency Fund of Massachusetts via XSET’s partner Boston Gaymers, which supports low income and homeless transgender individuals in Masachusetts, where XSET is based. They provide transportation to medical appointments, provide shelter assistance, and more.

For those interested in buying one of the shirts, they will be for sale on XSET’s website as part of the org’s core collection. They aren’t going away anytime soon, so fans who want to buy one will have plenty of time to do so.

Latest comments
No comments yet
Why not be the first to comment?
Featured news
Businessa day ago

BLAST to launch esports apparel in partnership with Nike