Players are currently locked out of Azeroth.

World of Warcraft’s servers have apparently gone down temporarily as of May 9 at 10:50am CT. The game is currently unavailable to play, most likely due to a technical issue. Some servers for Blizzards game launcher, Battle.net, have also been affected.

While Battle.net appears to be slightly affected, other games under the Activision Blizzard umbrella dont appear to be suffering from this issue. Right now, only World of Warcraft’s servers are affected. Players have been reporting their issues on the crowdsourced server status site Downdetector.

World of Warcraft: Shadowlands and WoW: Classic servers are both affected by this temporary login issue. Players attempting to log in to WoW will see the Retrieving Realm List prompt for a few moments before the games login screen tells them that theyve been disconnected. 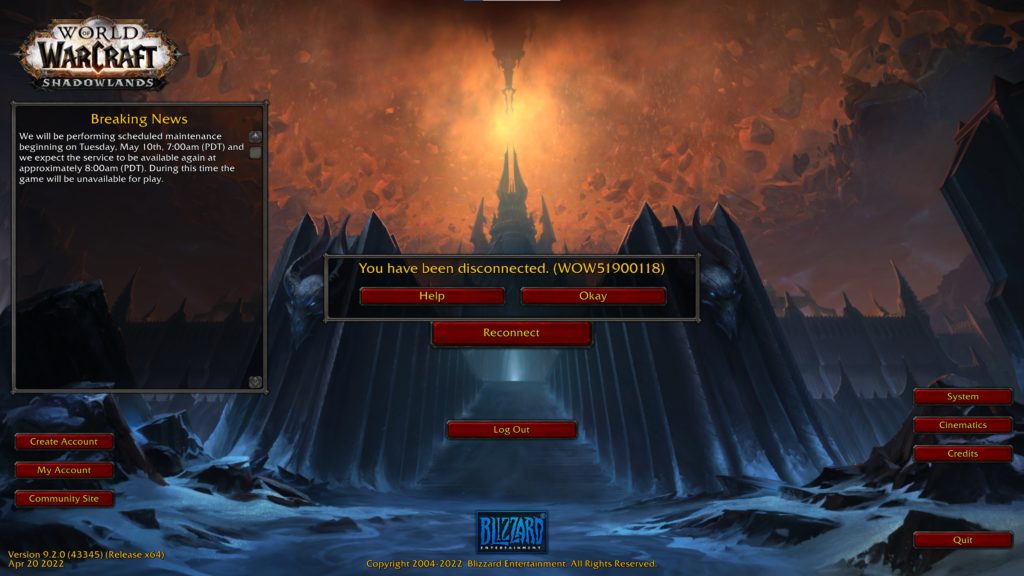 Players already logged into the game have not been forced out of it, so dont be surprised if someone on your friends list is running around Azeroth while youre barred entry. Although WoW isnt allowing any new logins at the moment, the servers arent totally down.

Related: Is World of Warcraft down? How to check WoWs server status

The issue could be a result of Blizzards pre-announced maintenance for the Battle.net application. Maintenance for World of Warcraft is not scheduled to take place until tomorrow.

This article will remain updated as more information is learned about the situation.

Latest comments
No comments yet
Why not be the first to comment?
Featured news
World Of Warcraft15 days ago

Easiest mounts to farm in World of Warcraft