Why YSKM will be the next great League of Legends star

He is already taking over LPL fans.

After only playing two series, a new rookie has already made a name for himself in the 2023 LPL Spring Split.

YSKM has taken the Chinese league by storm, becoming one of the most hyped League of Legends players of the new year. The rookie top laner has already showcased sensational plays and exceptional mechanics, solo killing veteran top laners like RNGs Breathe, who is considered one of the best in his role.

But who is YSKM, and why is he hyped so much compared to the other rookies? Will he rise as one of the best top laners in the league?

YSKM and his competitive experience so far

Chau “YSKM” Shu-tak is a Hongkongese top laner who is currently playing for Invictus Gaming.

Prior to the start of the split, his nickname was a mystery, to the point where Chinese fans were trying to second guess the acronym and giving him funny names like Yu Shuang Kai Men which refer to the Chinese desk host Duan “Candice” Yu-Shuang.

Later it was confirmed by the player himself that YSKM stands for You Should Know Me. His captivating nickname directly reflects the qualities of the player, who has an aggressive playstyle and is always looking for solo kill action. Fans have quickly compared him to the Korean top laner TheShy, who was also known for an aggressive playstyle and won the World Championship with IG back in 2018.

YSKM started playing competitively in 2021, joining IGs academy team, iG Young, as a substitute top laner. At the start of 2022, he was promoted to the starting position and finished seventh in the 2022 LDL Spring, one spot away from playoffs.

During the summer he left iG Young to join Frank Esports in the PCS, finishing fifth in the regular split. Unfortunately, the team were eliminated in the first round of the PCS playoffs after being dominated by Deep Cross Gaming.

That said, his latest performances convinced IG to bring him back to the team. This time, however, as the top laner of the main roster. Upon his return, he explained in an interview with IG on Jan. 18 how his stint in the PCS proved to be useful for his growth. 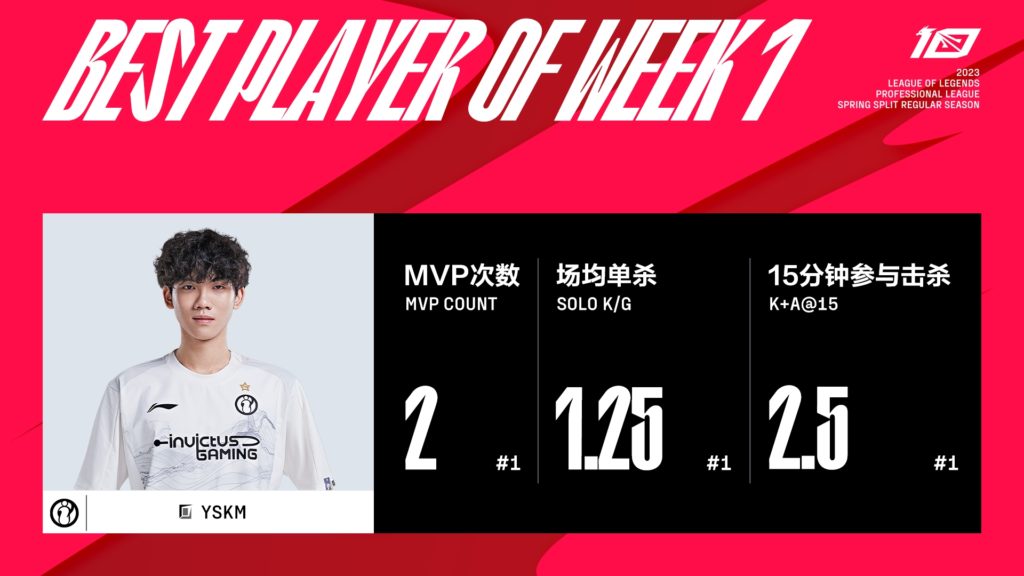 Back when I started on iG.Y, I was very happy to play competitively, but later it became an obsession and I started playing poorly, he said. At that time, my mindset was flawed and my playstyle on iG.Young was thoughtless, so I went back to the PCS. There, the coaches taught me how to think about the game and my playstyle got a lot more stable. Although its still quite fierce/aggressive, there is more thought into it.

The general sentiment is YSKM loves to play at the limit and create high-variance situations where the player with better mechanics wins. Thanks to his individual talent and instinct, hes able to prevail over his opponents in most cases, delighting the fans with incredible outplays.

The experts opinion on YSKM

While YSKM is getting a lot of hype, League analyst and LPL expert Molecule told Dot Esports on Jan. 18 his opinions on the player and how he thinks fans should not raise their expectations too high for the rookie.

I was previously working as an analyst in the PCS and during MSI I got the chance to talk to some of the LDL Hong Kong kids and if they were interested in playing in the PCS, and one of those kids was YSKM, he said. The first scrim he played was against Beyond Gaming and he just demolished Liang and Likai who are two strong PCS top laners with lots of experience. He solo killed them every lane and he would basically turn into a solo kill machine against everyone every day in almost every scrim.

YSKM is known for playing damage-oriented bruisers in the top lane such as Fiora, Camille, and Jax, to the point where most of these champions are pick-or-ban for him. The LPL teams quickly realized this when preparing against IG, but its almost impossible to target-ban him without leaving other strong meta champions open in the champ select.

Molecule seems to share similar thoughts. If he’s on his champs (Fiora, Camille, Jax, or Irelia) he will look fantastic and knows the lethal thresholds better than any other pro when playing them, he said. Aside from that though, his wave management is suspect and his macro was really bad. He just wants to have that one-on-one action, but after just two games on IG, I can see he has learned some things already, especially when it comes to TP usage.

Molecules statement seems to align with his current stats. According to the stats site Games of Legends, YSKM has the third-highest DPM out of all LPL top laners so far, behind NIPs Invincible and EDGs Ale who, however, only have played two games at this point. Hes also the player with the highest KDA among those who have played more than one series. In contrast, though, YSKMs CSM is only at an average level, currently 10th with eight CS per minute.

When asked about what people should expect from YSKM this year, Molecule said they should be excited but taper their expectations as soon as hes not on his champions. With some of the aforementioned champions getting nerfed in the near future, there are chances that his gameplay on other champions will be sub-par and that he will have to rely on his team to carry. Luckily for him, the current meta is matching perfectly for him and IG looked like a well-oiled team so far. The best thing is that hes practicing a lot and is taking this year a lot more seriously than last year. There is a very clear reason why Neny is playing as a sub: they know that when the meta will change Neny might come in his stead. In one way or the other, it could become a sword/shield style, just like C9 had with impact/ray, where IG changes warp their drafts depending on who is playing.

YSKM has an X factor that goes beyond his skills

Aside from his current form and level of play, YSKM has an incomparable level of confidence, especially coming in as a rookie in the LPL. He has the confidence that only top elite players have and is proving his worth on the Rift.

His incredible self-confidence, love for skirmishes, and limit testing make his playstyle entertaining to watch and its something that the League esports scene has lacked for quite a while. In an era where teams are always looking for the least risky or the most optimal strategy, YSKM defies all these concepts and proceeds to play his own game, knowing that he has the X factor to overcome the limits. Whether this X factor will make or break him, we will have to find out in the upcoming weeks of the LPL.