This inherently team-based game isn't supposed to be played solo.

When players think of Apex Legends, they usually think of three players teaming up to fight enemies and claim glory. It wasn’t always about the triple threat, though.

During season twos Iron Crown collection event, developer Respawn Entertainment introduced the limited-time mode Solos. Available for two weeks only, Solos allowed legends to play in a squad of one with no one else to help themor hold them back.

It’s been almost three years since Solos was part of the game. For the entirety of those three years, prominent streamers and high-ranked players have begged Respawn to make the mode permanent, citing issues with playing solo on a three-man team, difficulties in ranked, and more. Players have also asked Respawn to create a no-groups mode that prevents players who want to take on pubs and ranked with random teammates from running into three-stacks.

Apex doesn’t need a permanent Solos mode or even a no-groups mode, though. The game is about working as a team, not trying to make it to the top by yourself. Besides the fact that the game was designed for teams, there are other more innovative modes the game can feature in the future than Solos.

A few seasons after Solos made its debut, Respawn explained its reasoning behind not bringing the mode back again. In the patch notes for season four’s The Old Ways event, the developer said Solos negatively impacted Apex, especially in regards to player retention. Many of the players who are asking for a solos mode are professional competitors and high-ranking players, both of whom would do well to remember that Apex is not designed and balanced exclusively for them. Jumping into a three-person team, even if it’s a team of randoms, makes it easier for new players to learn the game and get the basics down. 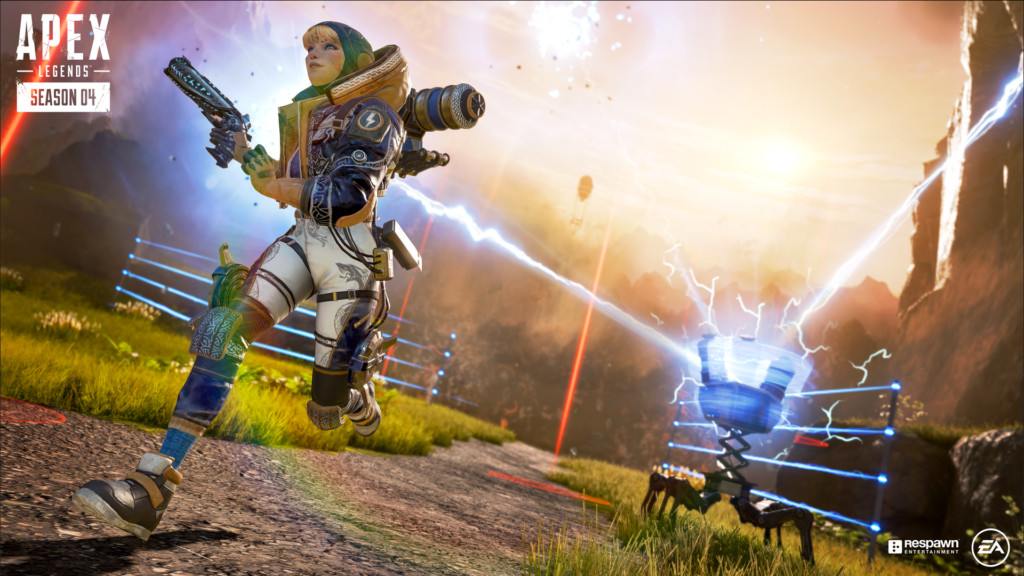 Respawn also provided information on the way the game’s legend balance works in relation to squads. “We’ve also purposely designed Legends and their abilities to compliment teamplay and squad composition, but when played Solo some Legend abilities become useless,” the patch notes said. Many legends’ abilities, especially those of recon and support legends, are designed to help the entire team rather than just one person. Both Newcastle and Lifeline have passives that aid in the resurrection of teammates. When played solo, these two legends would effectively have no passive. Lifelines already low pick rate would likely drop even further in a Solos situation.

In a recent email Q&A, Apex design director Evan Nikolich said the game simply isnt designed for Solos. I do not think a solo only mode has a future in Apex at this time, he said. We are committed to Apex being a team-based game – we think the best and most satisfying plays come from coordination and teamwork. Its clear from its statements that Respawn wants to focus on team play, which is what Apex was made for.

Introducing Solos mode alongside the existing Trios and Duos would fragment the player base significantly. Duos works, the devs say, because it reduces queue times across the board and strengthens teamwork among players. Because many high-level players would undoubtedly gravitate toward Solos, the queue times for Diamond and higher players in Trios would likely skyrocket. As of season 13, the game already has a lot of modes to choose from: Trios, Duos, Ranked, Arenas, and any LTMs that might be available for the current event. Adding Solos to this would be choice overload for a lot of players and would increase queue times for just about every mode.

The desire for a permanent Solos mode stems from the way many highly ranked players play both pubs and Ranked. These players are looking to beat their personal best, gain as many rank points as possible, and nab those coveted banner badges (You know the ones we’re talking about). Rather than having to deal with or be held back by random teammates whose skill level they perceive to be lower than their own, they simply want to shoot and be shot by themselves.

While this method of play is understandable, especially for content creators and streamers who play for hours a day and quickly lose faith in the randoms they’re paired with, it’s not conducive to team-based play, which is what the game is designed around. For better or for worse, Apex is designed to be played with more than one player on each team. 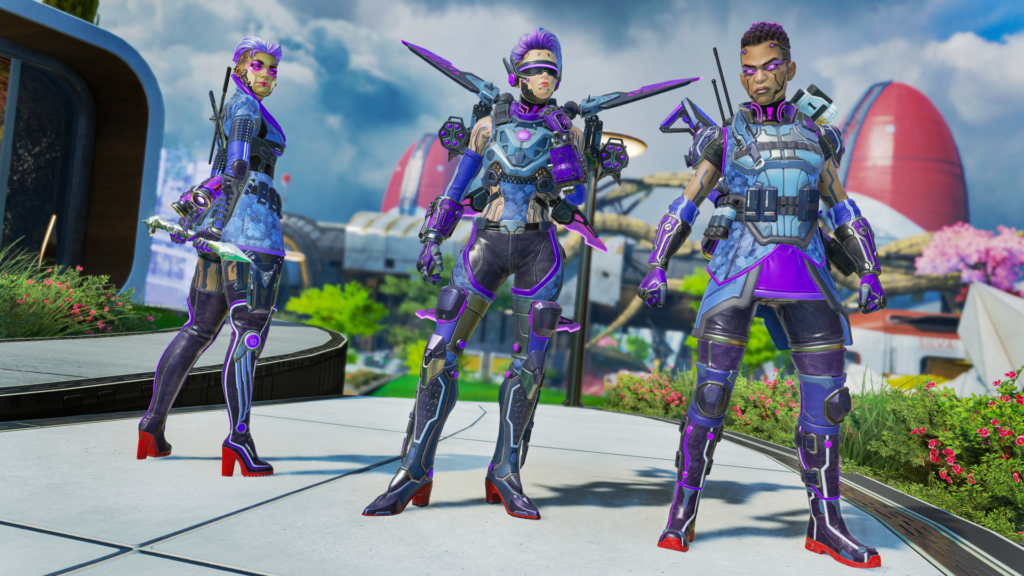 Increasing teamwork was much of the rationale behind season 13’s overhaul of ranked. The game is numerically balanced for groups of players; attempting to rebalance ability and weapon damage to feel fair across groups of one, two, and three players may well be impossible.

In the Q&A, Nikolich said the team doesnt foresee the game moving toward incorporating teams of one. Ultimately, part of the fun and challenge of being on a live service game means having to make these kinds of directional decisions in order to serve our game and our community best. Players will always need to play as part of a team and we are constantly working towards making it the best team based experience possible, he said.

Many high-ranking players also complain about the prevalence of three-stacks, or groups of three players who know each other and are communicating together, in the upper echelons of play. They feel that beyond a certain point, it’s impossible to rank up if you’re playing by yourself and being paired with randoms because of a lack of coordination and communication. It’s definitely easier to make it to the top if you’re playing with a coordinated groupand that exists for a reason.

Respawn is actively looking into improvements for players who choose to fly solo in Trios. We know there are many solo queue players out there so the team is actively exploring changes to matchmaking to give those players a better experience as solo, Nikolich explained. It seems as though Respawn is looking to assist solo queue players, but its unlikely theyll get their own separate mode or queue.

Rather than waiting for Respawn to deliver a fix, the solution to all of these problems is to simply give your random teammates a chance. We’ve all run into players who drop, run into a fight, get downed, and disconnect before we have a chance to resurrect them. Rather than instantly leaving when it looks like a match won’t go your way or running off on your own to farm kills or damage, stay with the team and work together. It’s easier said than done, and there will always be some stinker teammates out there. For the most part, though, sticking together and playing as a team will make the game experience infinitely better. It’s almost like Apex was designed for that or something.

Considering the frequency with which players ask for the return of Solos, it’s hard to believe there’s actually an entire grab bag of fun and engaging LTMs that should come back before it. Control is finally back for season 13s Awakening event; even so, people are still asking for it to become a permanent mode. How about any of the holiday LTMs, many of which return every year during the relevant times? There are plenty of ways to play Apex that shake up the gameplay experience more than Solos.

Control was a rousing success on the part of the development team; it was unique and exciting. Charging a point with eight teammates and engaging in massive firefights arent experiences players thought theyd ever get in Apex, but Control made them happen. If Respawn was to focus its efforts on balancing a permanent Solos mode, it could potentially take dev focus away from creating more LTMs. Control might have never existed if the team shifted its focus to making a Solos mode instead. 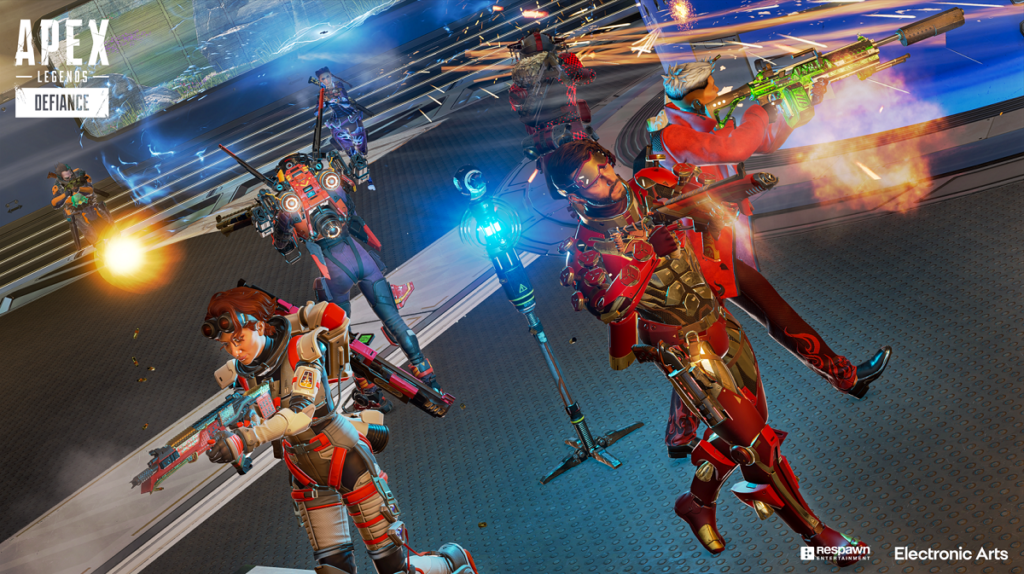 While most other LTMs shift the way the game works in meaningful and interesting ways, Solos is just more of the base game. LTMs are the way the design team expresses creativity within the constraints of the game they’ve built, and it’s resulted in some really enjoyable ways to play. Even if the developers made a Trios mode that only allowed three solo players to team up instead of mixing three-stacks and random teams, thats still ultimately more of the same game. For those who think Apexs battle royale modes have become stale, adding any kind of Solos mode wont provide unique objectives like an LTM would. If we want more modes like Control, we ought to give up the dream of having a permanent Solos mode.

The ways in which we play and engage with Apex have changed significantly since its release, which is the understandable rationale behind a permanent Solos mode. Despite this, the game has never removed its emphasis on teamwork, and the dev team is intent on making sure it stays that way. Players will always need to play as part of a team and we are constantly working towards making it the best team based experience possible, Nikolich said in the Q&A. Solos just doesnt fall within the team’s design philosophy.

While a permanent Solos mode might fix some problems, it would also create far more than any player, pro or Rookie, should have to deal with.

Latest comments
No comments yet
Why not be the first to comment?
Featured news
Apex Legends42 minutes ago