Which server should you join in Final Fantasy XIV’s Endwalker?

Some servers are more crowded than others.

The most exciting time of the year has come for Final Fantasy XIV fans with the release of the latest expansion Endwalker in early access today.

But with the massive number of players flooding the servers at the same time, many errors and long queues arose, which might discourage some players from choosing the most-crowded servers when creating their character.

The least-crowded servers can be a good choice because they sometimes feature bonuses for creating new characters on them. The boost offered for creating a new character on a preferred server grants double XP for a long timeenough time to get all your classes to max level if you play oftenso it’s worth considering.

While you might be afraid of ending up in empty servers, don’t worry: Square Enix tries to balance the population of all servers as much as possible, so the server you choose will likely see a significant increase in activity over the following months.

When a server has less activity than others in the same data center, the developer cancels all costs of character transfers to encourage players to switch to that one.

In addition, following major patch updates and busy hours, you’ll have a chance of waiting much less than players from other servers to log into FFXIV and enjoy the game. During the launch of an expansion, this can mean a difference of several hours less in terms of waiting time. 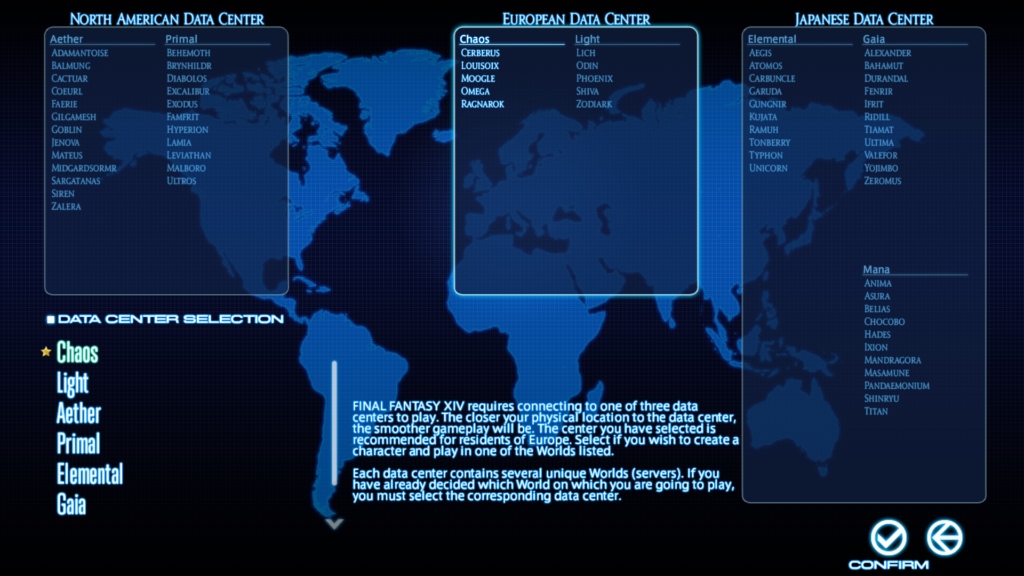 At time of writing, here are all the less-crowded servers in all Western data centers, according to FFXIV census’ active realm distribution proportions.

Each server also follows a certain trend for communities from specific countries. It doesn’t significantly change the game experience, however, but rather gives them a specific identity. In Europe, for example, Moogle is the unofficial French server, Shiva for Germany, and Cerberus for Russian players.

If you’re still unsure on what server to pick, try and talk about it with your friends who play the game in the same data center as you or in community hubs, which should help confirm or deny your first impression of those servers.

You can also visit other servers from your data center at any moment, which should give you an idea of the atmosphere and activity level there. The essential thing is to choose the data center that has servers located as close to your home as possible to get the lowest ping.

The post Which server should you join in Final Fantasy XIV’s Endwalker? appeared first on Dot Esports.

Latest comments
No comments yet
Why not be the first to comment?
Featured news
MMO5 hours ago

Here are the notes and updates for FFXIV Patch 6.08