We simulated 20 seasons in FM23: One nation is taking over the Champions League and Europa League

This nation is taking over the Football Manager 2023 world.

Football Manager 2023 is launching worldwide on Nov. 8, 2022, on every platform with the exception of the PlayStation 5. Sports Interactive announced an indefinite postponement of FM23s launch on the platform due to unforeseen complications. PC players, on the other hand, have been enjoying the game for a while now via its beta version. This is how we were able to run some in-game simulations and come to some very interesting results.

Watching the game world develop is one of the major adrenaline rushes this series provides. As soon as we got our hands on Football Manager 2023, we wanted to know how various leagues, competitions, teams, and players will perform within the game. Its as close as we will get to seeing the future.

The Champions League was anyones for the taking before every team signed a binding contract a decade ago that mandated half the trophies go to Real Madrid. Reals UCL triumphs have been more than matched by the rest of the Spanish league. La Liga has produced more than 50 percent of the Europa League champions in the last 20 years.

So nothings changed, Spain continues to bully other nations in European club competitions in Football Manager 2023. Yes, but actually no. In our simulated FM23 world, the tides turned dramatically in another nations favor.

English teams take over the Champions League and Europa League completely. For the 20 seasons we simulated through, English clubs won 30 out of 40 available trophies in these two competitions.

The lesser of the two tournaments, the UEL, was especially difficult for non-English teams to lift. Real Sociedad, Juventus, and Inter on two occasions were the only clubs to break through the English wall.

Things are looking slightly better for continental Europe in the UCL, where the monotony was broken six times: three times by Paris Saint-Germain, twice by Napoli, and once by Barcelona. Lionel Messi fans dont have anything to celebrate as the Argentine had long retired when PSG finally got their hands on the most prestigious club trophy for the first time.

Football Manager 2023 predicts a bright Champions League future for Manchester City, who have amassed seven cups since the start of the game. In an interesting development, Manchester United also earned a UCL title in the middle of the simulation.

The real plot point is Newcastle United being the second-most successful club within this time frame with four titles. They actually won their first before PSG did, which is a prediction we cant wait to see the real-world development of. 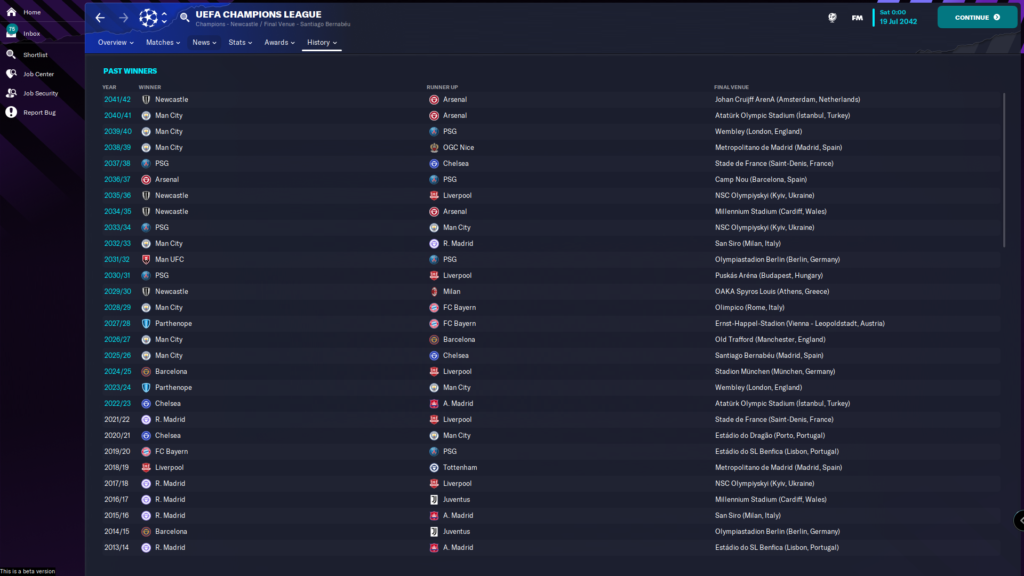 Southampton supporters would want our Football Manager 2023 simulation to become a reality more than even Newcastle fans. The struggling Saints won the Europa League three times in our world, once more than clubs like Inter, Manchester United, Chelsea, Tottenham Hotspur, and Liverpool. 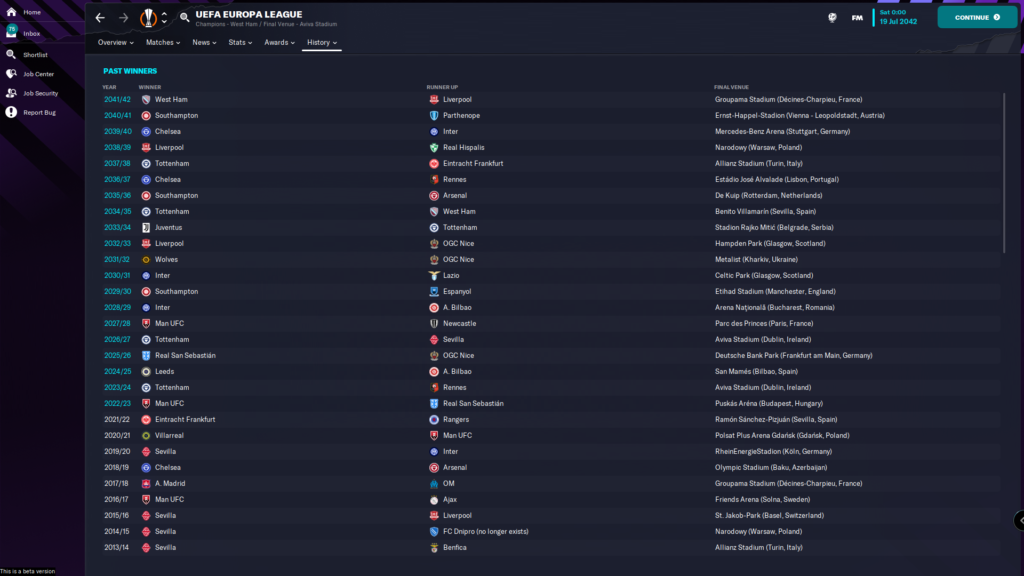 The Conference League is the only European club competition to escape English rule. The least appealing of the three trophies was won just eight times by English clubs, who were presumably occupied with winning other, more prestigious honors, and kind of forgot about the Conference League.

All jokes aside, the variety was refreshing to see. England, Spain, Italy, Germany, and France all tasted success in the competition at least once each. We even saw a miracle of sorts courtesy of Czech club Viktoria Plzeň, who won the Conference League in 2037.

Southampton were the most successful team in this competition as well, although they had to share this status with Liverpool. Any Saints fans previously confused by the concept of escapism will probably go through a moment of revelation reading through this. 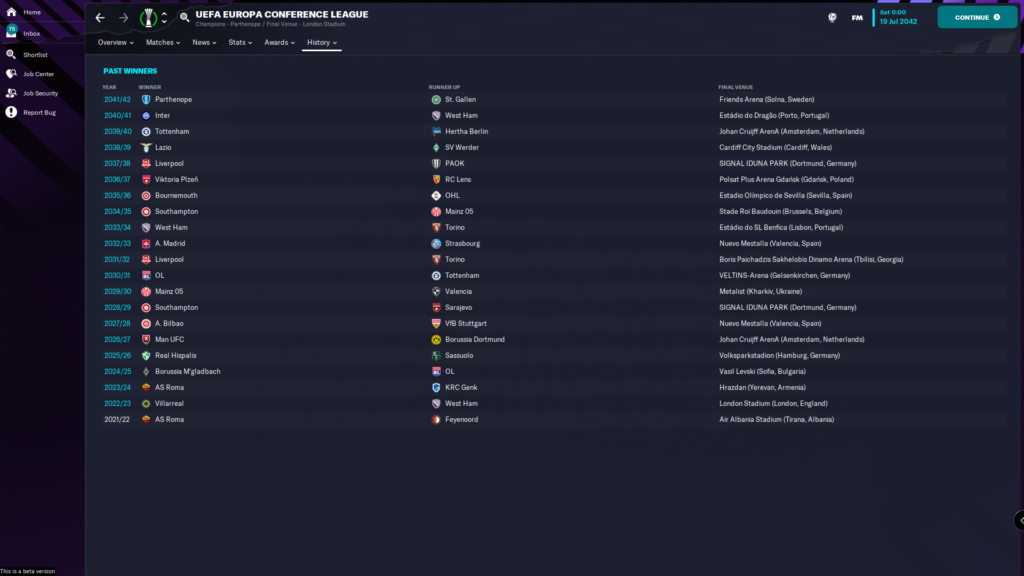 If our two-decade-long experiment is anything to go by, the star of English soccer will shine bright in Football Manager 2023. Of course, it is up to you, the next superstar manager, to change all that.
Our full game review of FM23 can provide a perspective of the games content, how to navigate it, whats great about it, and what could have been done better.

Latest comments
No comments yet
Why not be the first to comment?
Featured news
General10 days ago

100 Thieves’ Project X is already in playtesting, with plenty of ideas on what the game might be

A Gears of War movie, adult animated series, and potentially more projects are coming to Netflix