‘We did it’: Keffals declares victory in battle against troll forum Kiwi Farms

After being the victim of repeated swatting attempts, which allegedly occurred because the users of a website called Kiwi Farms, who have been known to harass and doxx creators, targeted her, popular political commentator, trans-rights activist, and regular Twitch streamer Clara Keffals Sorrenti has won her battle against the site and is now “celebrating their demise.”

Keffals went live on Sept. 5 with the title “WE WON! #DropKiwifarms” and gave her final update on the situation after starting a campaign to end the website.

On the one month anniversary of Kiwi Farms swatting me, I am now celebrating their demise. Eat shit, Josh.

The repeated swatting attacks against the streamer began exactly one month ago and in response Keffals chose to begin a campaign called #DropKiwiFarms, with the goal of getting Kiwi Farms shut down entirely.

A while before she went live, Keffals shared a thread on Twitter highlighting that one Kiwi Farms user was charged by German prosecutors for “cyberbullying, cyberstalking, hacking, doxing, hate speech, and persecution of minorities.”

However, among the other topics she discussed, Keffals revealed that she found out that this was actually fake and had been done just for attention.

Also ahead of Keffals official final announcement regarding what happened, Erin Reed, who is another activist and content creator, shared that the creator of Kiwi Farms had admitted to “defeat” in a lengthy statement that he posted, although he alleged in the Sep. 4 post that the issues he was facing had nothing to do with the campaign or the surrounding circumstances.

Josh Moon, the owners of Kiwifarms, admits defeat. Keffals, her team (many of whom will stay anonymous and will never get any thanks), the trans community, and its allies took down the worst site on the internet.

There truly is nothing better in this world than Nazis crying. pic.twitter.com/TJ80352G5w

This statement was discussed and analyzed during Keffals’ livestream as she confirmed what she had previously stated on Twitter and officially declared in front of her gathered streaming fans: “We did it. We actually did it.”

Keffals then explained that they had officially gotten “Kiwi Farms down” and thus that her battle and campaign against them had succeeded.

The Twitch streamer and activist then went into further detail and explained, as the statement above from the creator of Kiwi Farms points out, the Russian company Kiwi Farms had tried to switch to after their original shield service dropped them then also ended up dropping them in less than a day. The capture provider Kiwi Farms used also dropped them, and Keffals explained that combination of factors meant her campaign had succeeded and the site is ultimately finished.

“Even if they get the site back, they have no way to protect against DDoS attacks.” 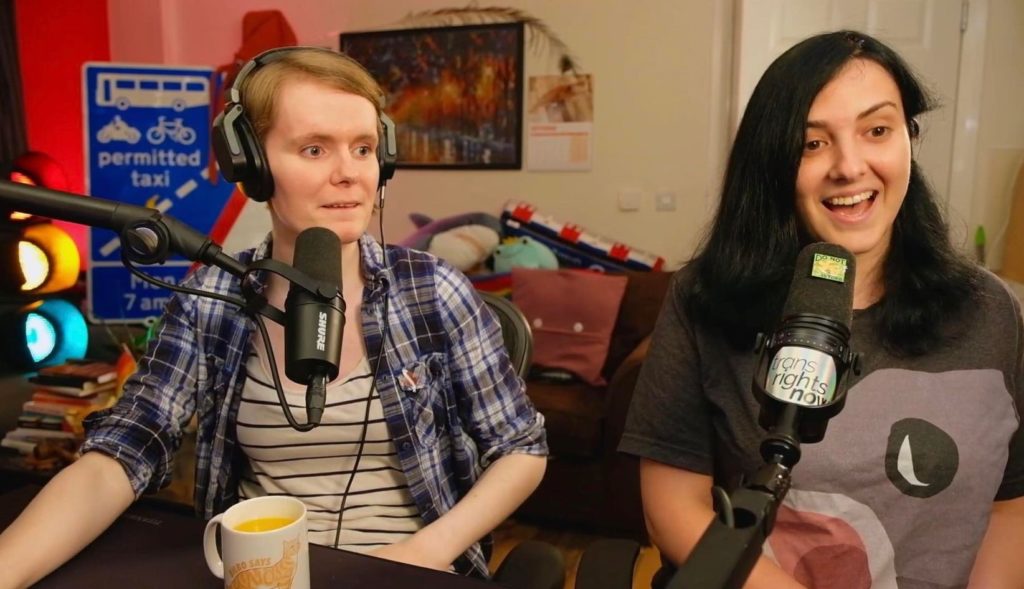 Screengrab via Keffals on Twitch

Ellen Murray, who is a Twitch streamer and activist also known as “EllenFromNowOn,” joined Keffals for the celebratory livestream, and added “the evil is defeated.”

“Even if they try to get back on like, they do so with no protection,” EllenFromNowOn explained. Furthermore, while live, the duo also realized the company was in even more troublethe now-infamous creator of Kiwi Farms also lost his web hosting.

“No host, no DDoS protection, nothing,” Keffals cheered in regards to the state of Kiwi Farms after she had this realization.

Keffals also spent a while explaining that she that hopes the downfall of Kiwi Farms will stop future similar attempts at harassment from occurring. Due to how her campaign and rallying against Kiwi Farms went and that in less than seven days they “brought it down,” the streamer and activist star hopes that others seeking to spread hate in a similar manner will be dissuaded from doing so.

“I hope this brings you some satisfaction,” Keffals expressed as she commented that she hopes all other victims who experienced the same instances of harassment, doxxing, and swatting as she did can now find some peace.

After the statement from the Kiwi Farms creator after her campaign against the troll website, Keffals is quite confident that this is the conclusive end of the platform.

Latest comments
No comments yet
Why not be the first to comment?
Featured news
Streaming3 hours ago