Venue and ticket information announced for 2022 ALGS Championship in Raleigh

Raleigh, North Carolina will play host to Apex esports at the PNC Arena, a major stadium.

The 2022 ALGS Championship LAN will be held at the PNC Arena in Raleigh, North Carolina, from July 7 to 10, the ALGS announced today.

Tickets for the general public have also been released. They should be available here via Ticketmaster starting at 10am CT. A four-day general admission pass is available, as well as individual day passes. 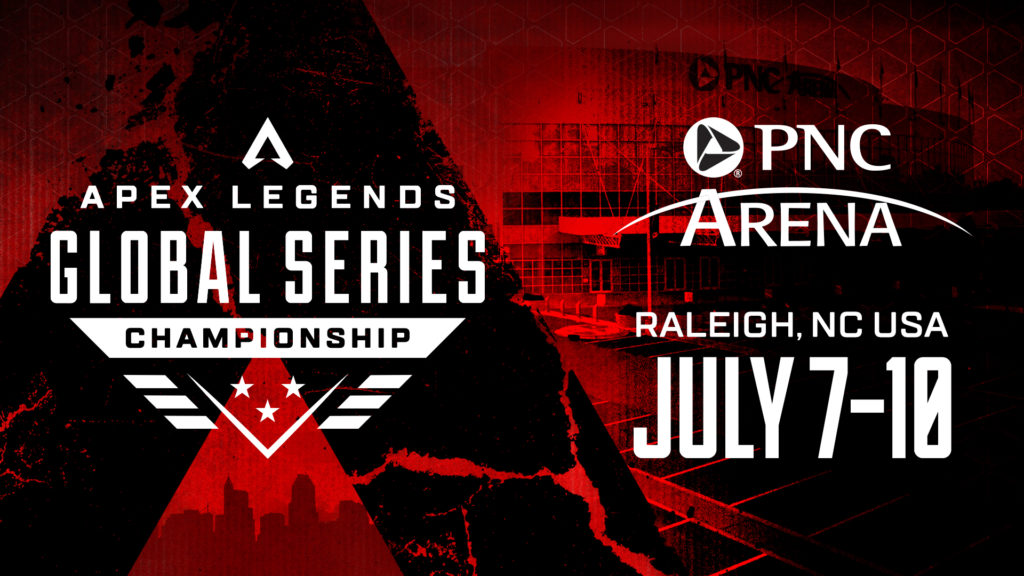 While there wasn’t specific information provided about the size of the event, the press release from EA said that PNC Arena’s “700,000-square-foot space will accommodate thousands of fans from around the world for the largest ALGS competition to-date.” PNC Arena is the home rink of the NHL’s Carolina Hurricanes, where a full-capacity crowd tops out at nearly 20,000 fans. This ALGS event will be the first large esports competition held at the arena.

This year’s Championship is the first Apex event with a live audience since the game’s debut in 2019 and shows just how far the rapidly-growing esport has come since 2020’s canceled Arlington LAN and the improvised online-only ecosystem forced on the burgeoning scene by the pandemic.

Bringing ALGS to the PNC Arena is a major milestone for the Apex brand and indicative of the titles continued growth in the competitive scene, said John Nelson, commissioner of the ALGS, in a statement provided to Dot Esports.

The Championship has a $2 million prize pool and will take place over four days, where the top 40 Apex teams from the game’s five global regions will compete for their share of the large purse. Fans who can’t make it out to Raleigh for the event can catch the action on YouTube and Twitch, where there will be drops and other exclusive content available.

The Championship is the second in-person event in Apex esports this year. June’s Stockholm LAN, which was the first time the pro Apex community gathered for international competition in nearly three years, featured a $1 million prize pool and enjoyed an average viewership of over 500,000 fans.

Reignite, an Australian team with Japanese owners, won the lion’s share, taking home first place and $250,000 in an upset win that highlighted the talent of the global community. Their star player, Noyan “Genburten” Ozkose, tested positive for COVID-19 before the tournament began and Reignite played with a substitute, British player Jake “Jmw” Walters. Jmw, who usually plays for Invictus, flew to Sweden last-minute to save Reignite’s tournament. Reignite weren’t the only team who struggled with the event’s COVID protocols. A handful of other players tested positive for COVID at the tournament and were barred from playing.

COVID will likely continue to affect the upcoming LAN in Raleigh. Political conditions will also influence which players will be able to attend the tournament. The ongoing war in Ukraine and the difficulty of obtaining a travel visa to the U.S. for Russian citizens, as well as a vaccine requirement for travel, may limit the participation of some teams.

Latest comments
No comments yet
Why not be the first to comment?
Featured news
Apex Legends4 days ago