The English stream was on 144p, but fans still got their HD VALORANT coverage.

During the second match of the day at the VALORANT Champions tournament today, a highly-anticipated rematch between North Americas XSET and EMEAs FPX, the English-language stream started facing significant issues. The stream continuously buffered and was displayed in low quality for many fans throughout the entire first map of the series.

Luckily, though many fans missed the first map of Pearl entirely, the stream was back to normal in time for the second map of Bind. Barring any other lag issues, it seems like the English broadcast will continue without needing an extensive tech pause. 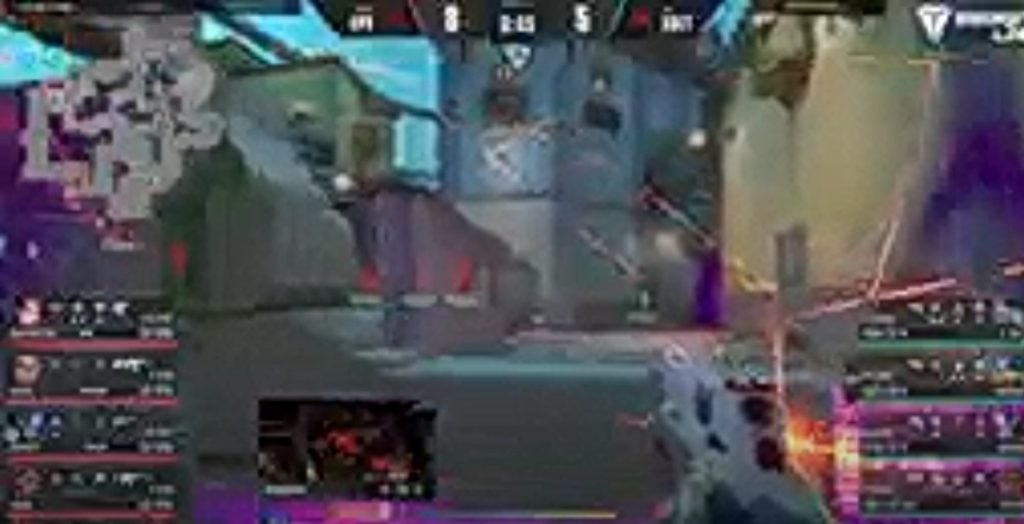 The match between XSET and FPX is high stakes, not only because it is an elimination match but also because the regions of NA and EMEA seem to constantly be at war over which one reigns supreme. But today, English-speaking fans from both of these regions struggled as many had to resort to streams in other languages to follow the game.

The stream began experiencing issues around 1:15pm CT, at the start of the first map. Though this is not the first time the English stream has faced these issues, to struggle with them in such a highly-anticipated match was unbearable for some fans.

Instead of sitting through the lag, many fans flocked to one of the several other official VCT broadcasts. Some EMEA fans may have been able to easily transition to another broadcast in the language of their home country, but many North American fans were stuck.

Some fans opted to tune in to the Japanese or Brazilian broadcasts since both of these regions are known for their passion and ecstatic fan bases. Others who are bilingual tuned into the stream in their second language, whether that’s French, Korean, Arabic, German, or Mandarin.

This broadcast issue may have even opened up a new world for bilingual VALORANT fans, who may not have been aware of the host of other VCT broadcasts available. In truth, you can watch the VCT Champions tournament in a large variety of languages with the same observers and stage cams.

Though the English-speaking broadcast is the main broadcast advertised by the VCT and also the broadcast with the most complete stage setup and interview opportunities, it is far from the only way to watch the VCT.

The stream is back up, but now, fans know where to turn in the future if the stream lags out again. There are still three more highly competitive days left in the VCT until the 2022 champion will be crowned.