From now until the end of the 2022 Battle Pass, players who have played at least 10 matches of Dota will be able to claim this goodie bag that celebrates the games biggest competitive event. This includes a free entry pass for the battle pass itself, meaning fans who were dead set on not supporting what has been a mostly negatively received product will be able to get the rewards without needing to pay at allas long as they still play the game. 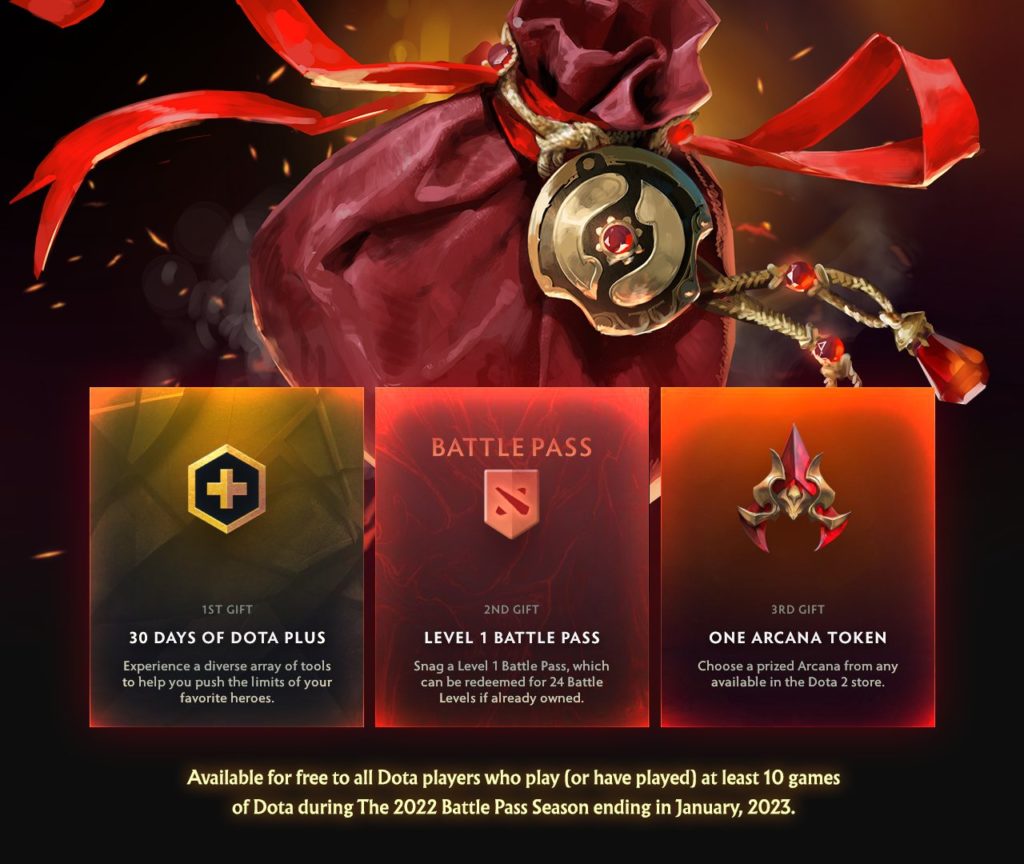 So on top of the free battle pass, you will also get to try Dota Plus, Valves premium service for the game that offers a handful of useful extras for frequent players, and any Arcana available in the store.

This is part of Valves larger initiative to make the season surrounding TI a more open time for all Dota fans to get more involved in the game, whether they just want to keep grinding, are new to the scene, or are returning after a break.

It might not save the battle pass from being a disappointment to most fans, and it is absolutely not going to help the TI11 prize pool catch up to previous years. But in terms of giving back to the community at a time when this content was creating a riff, it is a good way for Valve to start fixing things on that end.