Players can return to VALORANT this afternoon.

VALORANT’s servers are currently under maintenance and will return on Aug. 23 at 2pm CT, according to an announcement made from within the client.

The second act of episode five will be open to players once the extended maintenance is finished on the servers. The patch pushed to VALORANT servers early this morning has taken an extensive amount of time to fix, something that Riot Games has been actively working on. VALORANT’s servers were supposed to shut down for the update at 8am CT and return shortly after, but it seems that players will have to wait a few more hours extra before playing. 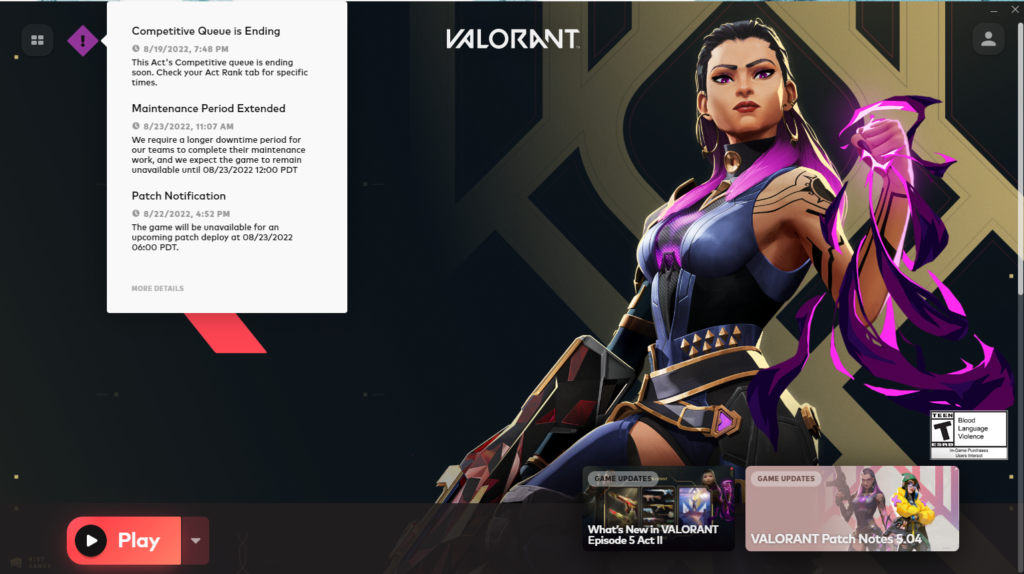 We require a longer downtime period for our teams to complete their maintenance work, and we expect the game to remain unavailable until 0/8/23/2022 12:00 PDT, Riot said through the VALORANT client.

Unlike previous acts, the second act of episode five is being shipped without a new map or agent. Typically, one of the two is expected to come with the start of a new season. But this time around, Riot opted to focus on improving the games quality of life. This includes a new feature that allows players to make custom crosshair colors from hexadecimal code. Other crosshair changes, including the ability to copy another players crosshair in-game, are arriving with the patch, alongside a new battle pass.

This update will also not address agent nerfs or buffs directly since VALORANT already saw an update to agents during the previous patch right before the act finished. But players will have to face a new ranked split, meaning they will have a soft reset to their ranks and start from where they left off during the last act.