We must find more worthy foes.

Even with a new map in Lotus and the return of Split, the most exciting aspect of the new VALORANT episode might be the new Araxys weapon skin line bundle, one that the team at Riot says embodies hostile alien technology that is “too dangerous for mankind to wield safely.”

The Araxys skin line will officially release on Tuesday, Jan. 10, along with the launch of VALORANT Episode Six, Act One. It will be available at the standard price for new store bundles, 8,700 VP. The bundle itself will feature five weapon skins, a gun buddy, a player card, and a spray.

The weapon skins themselves will be for the Vandal, Operator, Shorty, Bulldog, and for the melee weapon (known officially and ominously as the Bio Harvester). 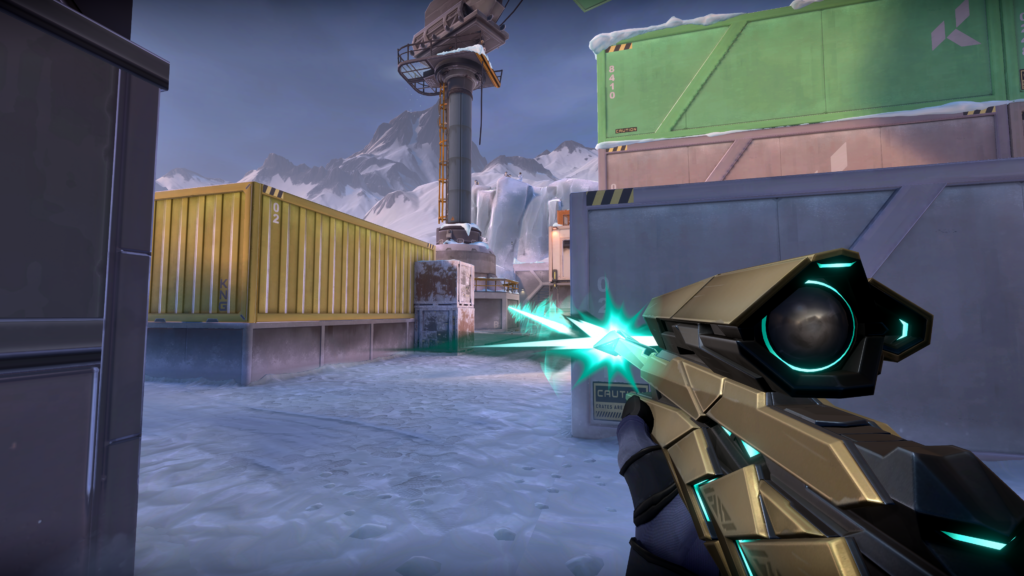 The story around the Araxys weapons, according to producer Victoria Kim, is that they were “once wielded by an aggressive and dangerous alien race; large creatures, armored in hard unpierceable scales, who wielded advanced weaponry that could vaporize their enemies in the blink of an eye. These guns are their legacy.”

Perhaps this ancient and dangerous alien race could be the Covenant from the iconic Halo series, given that the Bio Harvester melee looks a great deal like that game’s legendary Energy Sword.

The base color for each of the guns is gold, but there are color variants for each weapon in purple, black/red, and gray. Each gun also has four different visual upgrades that can be acquired with Radiant points. The default level one features a custom model, bullets, and ADS reticle. Level two has a custom firing audio and muzzle flash. Level three has custom animation and visual effects. Level four equips a finisher and kill banner, and those change color based on which color variant is equipped.

The Bio Harvester melee also has an acquirable visual upgrade to its equip and swipe animations, VFX, and audio. It has the same three color variants, too.