Show your pride and support with the new bundle.

The new VALORANT Pride Bundle will allow players to show their support for the LGBTQIA+ community with a batch of player cards and a gun buddy.

Riot Games has added new Pride items throughout its catalog of games to support the LGBTQIA+ community, including new items in League of Legends, Teamfight Tactics, Legends of Runeterra, Wild Rift, and VALORANT. 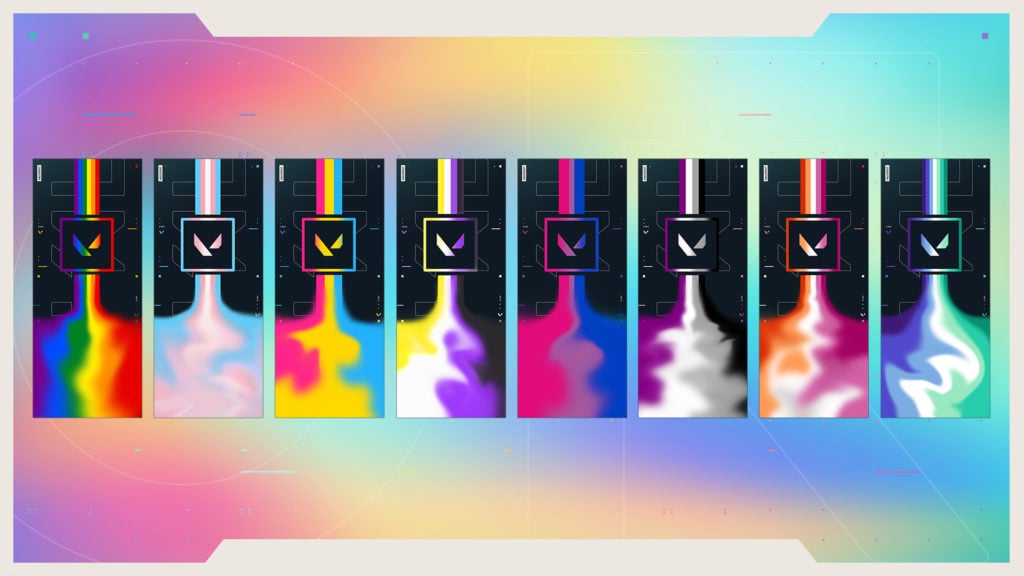 We want all players to feel their identities are represented. No matter where you live, who you are, or who you love, we want to make sure you can see yourselves while you play, a Riot Games blog post reads. Our champions and agents have their own identities which are representative of our globally diverse playerbase.”

VALORANT players can download the new Pride Bundle to unlock a colorful batch of player cards and a gun buddy, giving players a new way to show their pride in-game. Each player card features a different Pride flag, including the transgender, non-binary, pansexual, LGBTQ+, lesbian, bisexual, asexual, and gay men flags. The gay men flag is a new addition to this years Pride Bundle, but the first seven flags were available for download last June.

Downloading the Pride Bundle will be a much smoother experience this time since players can download it directly from the in-game store. The bundle costs zero VP, so dont worry about having to spend money on the new items. But remember to download them as soon as possible because they will not be automatically added to your library and are only available for a limited time.

The VALORANT Pride Bundle will be available for download from June 1 to 20.

Latest comments
No comments yet
Why not be the first to comment?
Featured news
Valorant35 minutes ago

XSET conquers the curse, OpTic tries to turn silver into gold again, and 100T vs. FaZe is the new hot rivalry at NA VCT Stage 2 playoffs