The VALORANT Game Changers International Championship just concluded and Riot Games is already looking forward to 2023. Riot revealed a new structure and format changes for the 2023 Game Changers season today, introducing a layering of competition that suits the variety of skill levels in competitive VALORANT.

Just three days after EMEA’s G2 Gozen raised the trophy following their victory over NA’s Shopify Rebels, Riot has unveiled a new path for the EMEA Game Changers circuit that will better help the company achieve the goals it has set for the program.

“The foundation of Game Changers EMEA 2023 is going to be dedicated to creating opportunities for individual players to gain more knowledge and consistent competitive training experience in a community setting,” the blog post reads.

The changes include VCT Game Changers EMEA: Emergents, which is an in-house Discord to “offer budding Radiants a chance to shine.” It will include a leaderboard, rewards, and will be a central hub for all news regarding the circuit.

Alongside Emergents is Academy, which aims to provide educational content from experts within the VCT Game Changers ecosystem. This is less focused on the competitive aspect and is more to broaden the conversation around all different career paths within the VALORANT scene. 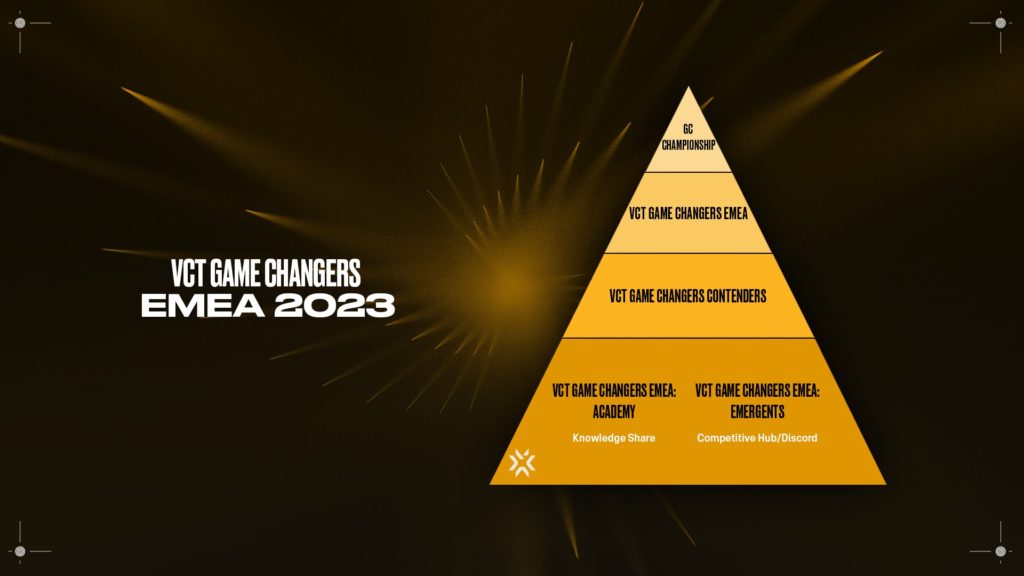 Teams that compete in Contenders will have a shot at making it into the main league, similar to how Ascension teams will fight for a spot in the VCT in the partnered league. The blog post says that the top four performers from last year will hold a spot in the main league, although it’s not clear how teams will fill in the other 12 slots. It could be a combination of invitations and qualifications, but no details have been revealed yet.

Lastly, the World Championship will return next year. This was an expected bit of news, especially with how well the competition performed in comparison to other events in the past. Players are hoping for a bigger venue next year, though, since tickets were hard to come by for this year’s event.

Latest comments
No comments yet
Why not be the first to comment?
Featured news
Valorant6 hours ago