It's grind time once again.

VALORANT Episode Five, Act Two has a lot of content in store for players worldwide. This includes the new battle pass that can grant rewards such as weapon skins, player cards, gun buddies, and more.

Some of the possible rewards players can pick up through the battle pass for free include the Immortalized Sheriff weapon skin, the Spike Showdown and Rising Tide player cards, the Magic Hummingbird gun buddy, and the Guess Thats It spray. 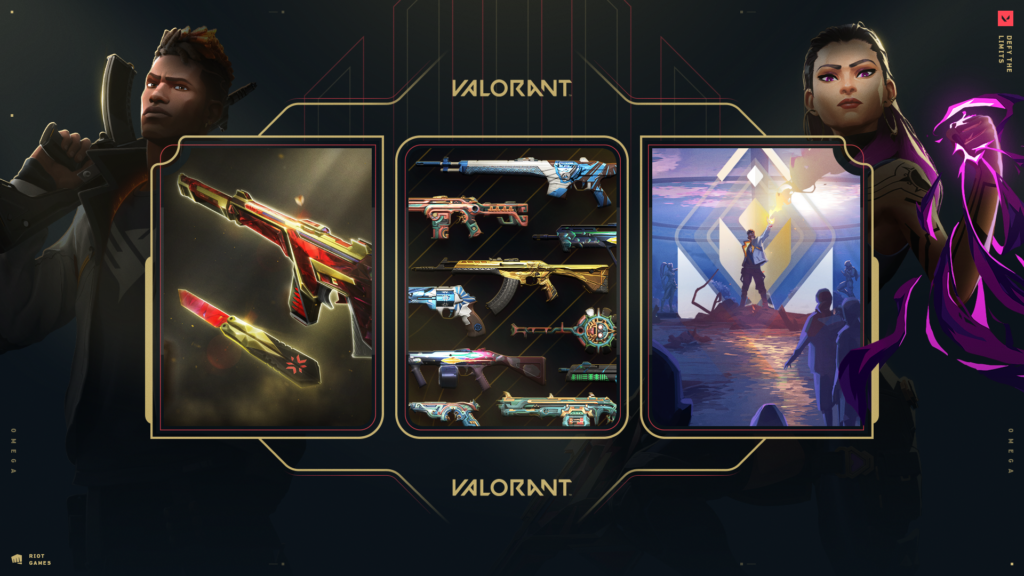 As for those who want all of the rewards from the premium pass, a ton of new content is up for grabs. Players can grind the premium pass in exchange for the Obsidiana, Immortalized Vandal, and Piedra del sol Phantom. Other possible rewards, such as the KAY/O K.O., the Kitsune Mask gun buddy, and the Hehehehehe spray, will also be available.

The Episode Five, Act Two battle pass is themed around myths and legends,” according to Riot producer Laura Baltzer. The devs also want the battle pass to reflect some of the things going on in the esports scene of VALORANT.

We wanted the Battlepass to reflect some of the things that were going on in VALORANT and make it feel like a memorable part of this moment in time for players, Baltzer said. Champions is just around the corner and we cant wait to see what legends are born from it.

Baltzer also shared stories about some of the upcoming weapon skins backgrounds, such as for the Piedra del Sol skin line. We worked very closely with our Latin America office on the Piedra del Sol skinline, Baltzer said. They helped us on everything from the color palette to the final naming of the weapons. It was so great to learn from them about some of the beautiful Aztec art and rich mythology.

VALORANT Episode Five, Act Two will go live today, Aug. 23. Aside from the battle pass, which can be purchased for 1,000 VP ($9.99), some changes that will arrive in the game include the usual competitive reset, a free event pass celebrating Champions 2022, and a handful of quality-of-life improvements for crosshairs.

Starting with Episode Five, Act Two, players may be able to select a custom crosshair color, as well as the ability to independently tune the horizontal and vertical crosshair lines. Another added surprise is catered for those who like to experiment with their crosshair. Players will now be able to copy the crosshair settings of players they are spectating. Crosshair profiles will also increase from 10 to 15.