Soulstrife will be available in the shop starting today and will come with a series of terrifying cosmetics. 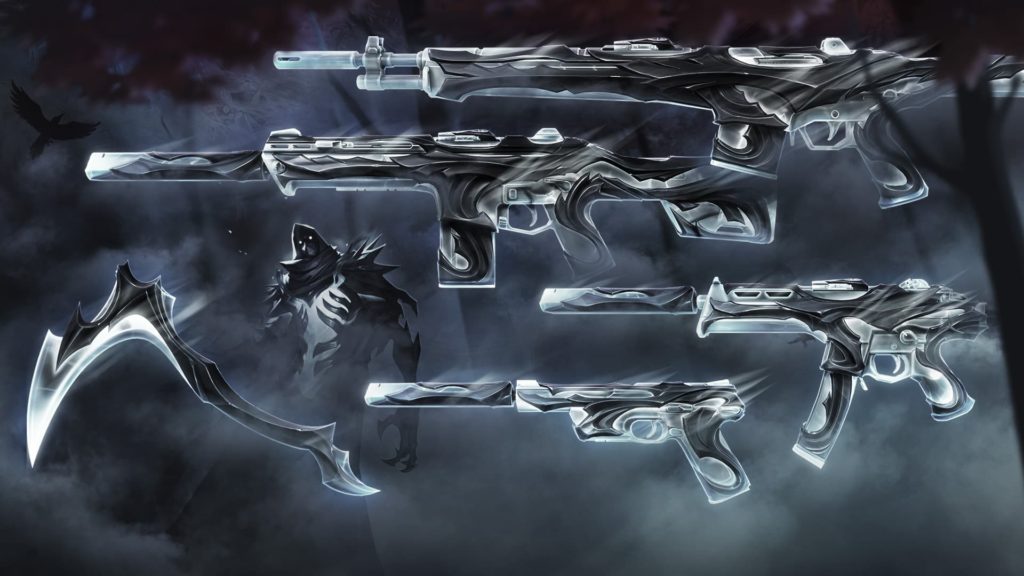 Included is a scythe that looks like it belongs to Death himself, as well as a Phantom, Guardian, Spectre, and Ghost. Appropriately, three of the weapon names fit perfectly with the theme. The skins look similar to the Reaver and Reaver 2.0 collections, which are two of the most popular skin lines in the game. But instead of purple, Soulstrife is black and white and shrouded with a ghostly mist.

VALORANT bundles tend to remain in the store for one to two weeks. After they retire, players will have to pick them up individually through the rotation or from the Night Market at a discounted price. Not every skin is eligible, however.

According to notorious data miner floxay, Soulstrife will cost 7,100 VP. Sold separately, each gun will cost 1,775 VP, and the scythe will set players back 3,550 VP. There will also only be one update and it wont include color variants. This has yet to be confirmed by Riot.

Soulstrife is expected to enter the shop later today when VALORANT Patch 5.09 hits the live servers at around 8am CT. The release date may differ per region and will likely come later in Europe. The patch will also almost certainly bring a series of balance changes to the game.

Latest comments
No comments yet
Why not be the first to comment?
Featured news
Valorant2 days ago

VALORANT 5.12 changes to Chamber and all other agents now officially live