There's only room for one win streak in Korea.

Well, League of Legends fans, welcome to the rumble stage at the 2022 League of Legends Mid-Season Invitational. The event has started off on an explosive note, courtesy of Europe’s own G2 Esports as they stunned all of Busan by pulling off a huge comeback victory against the tournament’s favorites, T1.

Both the LCK and LEC champions came into the day undefeated at the tournament, but different win streaks were also on the line. T1 hadn’t lost a game this year so far, while G2 had yet to lose a single game since they dropped to the lower bracket during the 2022 LEC Spring Playoffs. They both looked like two of the best teams at the event, but only one would be able to come out on top.

Early on, T1’s macro play reigned supreme as the Korean powerhouse jumped to a massive 5,800 gold advantage before the 20-minute mark, with a couple of dragons under their belt and significant farm leads in the top and bottom lanes. G2’s team composition, however, was a snake waiting to strike in the mid-to-late game, with a volcanic combination of Yasuo, Diana, Ornn, Kalista, and Rakan ready to burst their opponents at the drop of a hat. 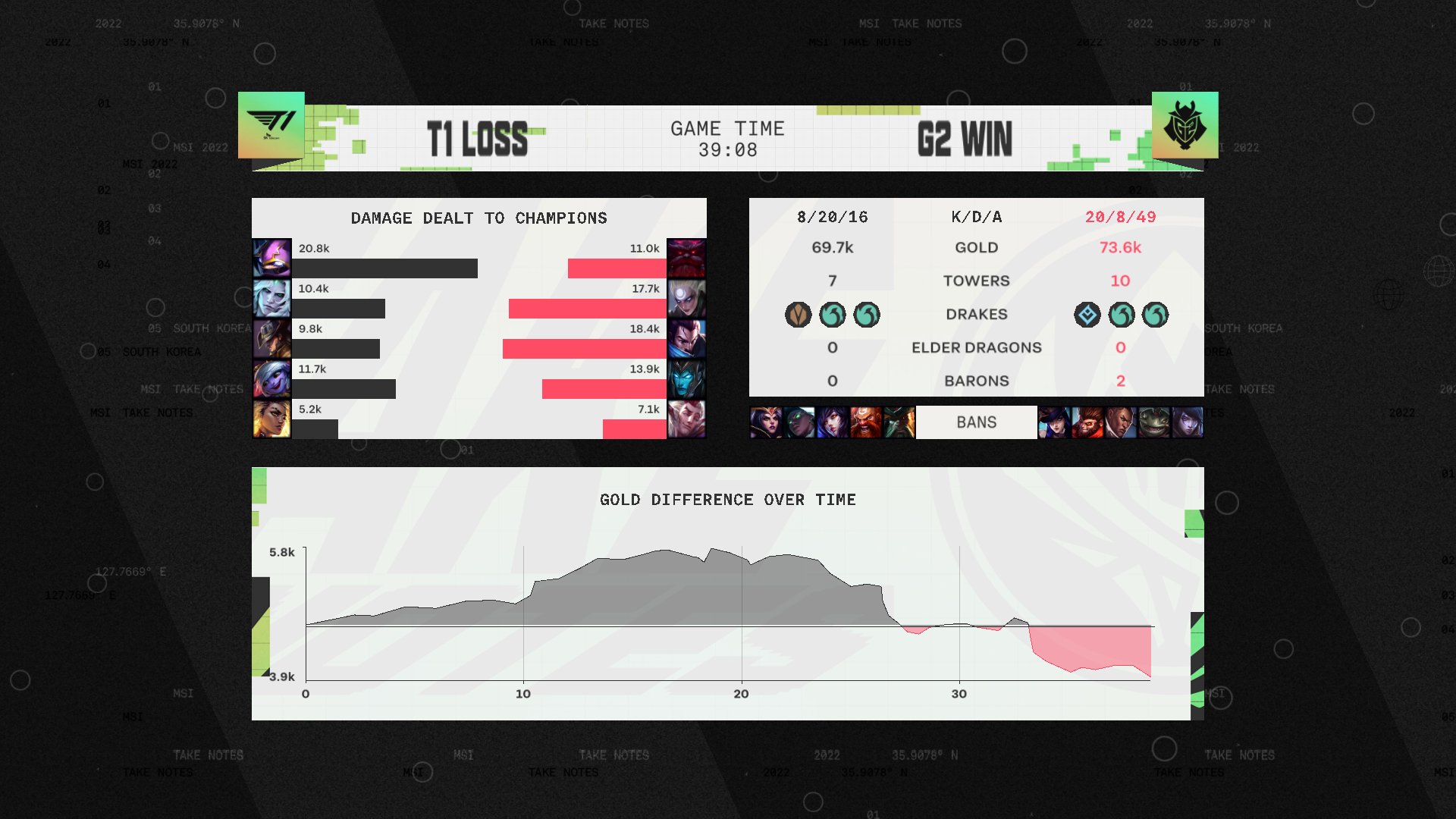 Right at the 20-minute mark, G2 started to show off what helped them win the LEC championship: their superior late-game teamfighting. With beautiful timing from Jankos’ Diana ultimates, Rakan’s charm and knock-up, and Yasuo’s ultimate to chain it all, the samurais unsheathed their blades and won three major teamfights in a row.

G2’s composition scaled exceptionally well and they successfully played to their own strengths, while T1 failed to push the lead they had. They just couldn’t find a good opening with their own champions, and the European stars never took their foot off the gas pedal once they had their opponents stumbling back.

It was a surprising outcome for many since most had T1 as the overwhelming favorites to win MSI. G2 silenced the crowd at the Bexco Exhibition Hall and proved that they were more than capable of beating the best the world has to offer, though.

Catch the rest of the rumble stage as MSI continues throughout the next four days.