Twitch expands its range of services for mobile users.

Twitch is significantly expanding the range of services on its mobile platforms, bringing multiple features from its desktop platform onto the application and attempting to improve the quality of mobile streams in general. The video livestreaming platform is doing this by allowing users to download clips, view stream summaries, and also by implementing an entirely new mobile streaming interface for IRL broadcasts. 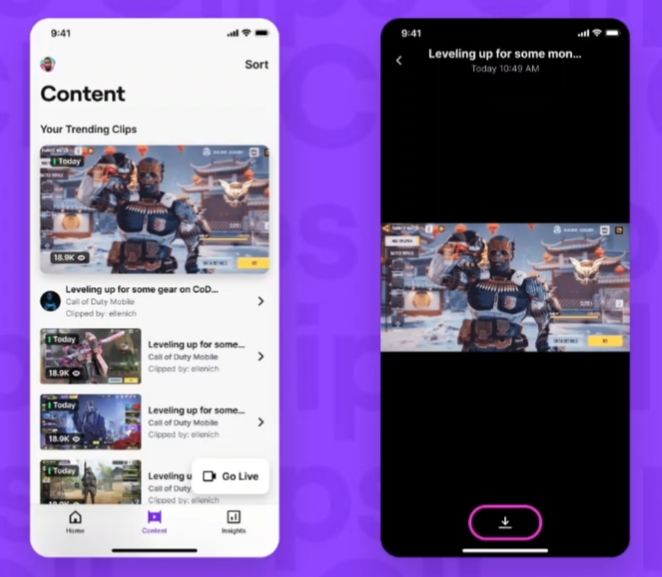 Clips are an integral feature on Twitch that allows users to cut out up to one minute snippets from a livestream as it is happening. While mobile users have been able to create clips on the app for some time, Twitch now permits mobile users to download these clips. This new feature will make it far easier for viewers to save and store memorable clips or convert them into GIFs or any other form of video media.

Stream summaries are post-stream metrics made available to livestreamers after a broadcast. These summaries typically include stats such as average viewers, viewer information by location and platform, and a wide variety of other details. Though IRL streamers have been able to conduct streams through their phones, the stream summary could only be made available once they were back on the desktop version of the website. Now, IRL streamers can end broadcast and receive their summaries while still on mobile, attaining the full range of viewership information almost instantly.

Finally, Twitch is attempting to create a more intuitive interface for IRL streams hosted on phones. The preview of this new interface shows information such as up-time, viewers, and categories and title editing seamlessly available along with the stream’s video feed.

With these three new services, it appears that Twitch is aiming to significantly better the experiences for its wide mobile audience.

Latest comments
No comments yet
Why not be the first to comment?
Featured news
Streaming8 hours ago