Team Liquid is one of the largest esports organizations in the world, and as you might expect, have a large collection of trophies to match. Now, the trophies are now displayed in their new training facility in California after years of designing and construction.

Liquid’s new Alienware Training Facility has a glass display for all the new trophies. Near the entrance is also the esports-related side of the training facility, which is where all the players practice, do VOD reviews, and stream. 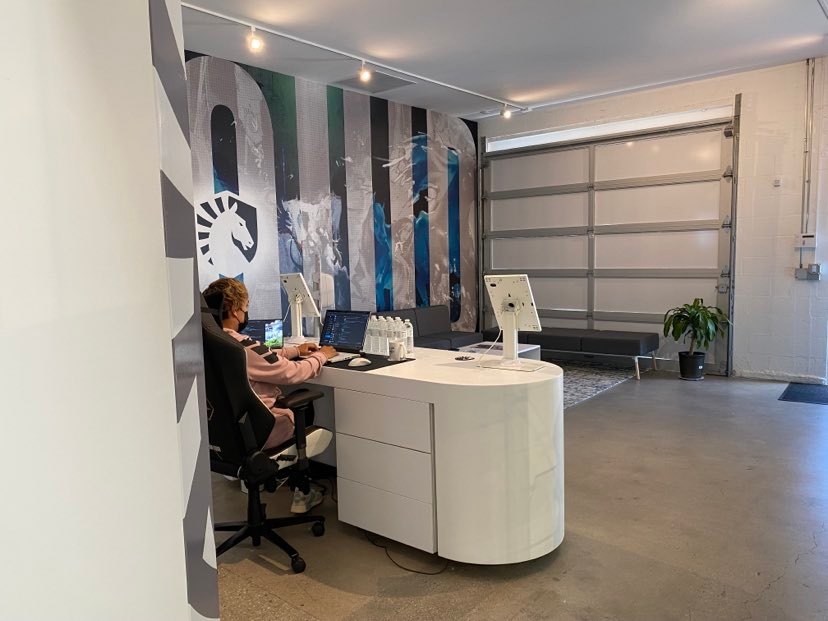 Liquid decided to create two new scrim areas, complete with six player spots. This allows a sub, coach, analyst, or anyone else to sit in during the scrim sessions. Each station has two monitors and the latest Alienware PCs, although the second monitor is turned off during practice. 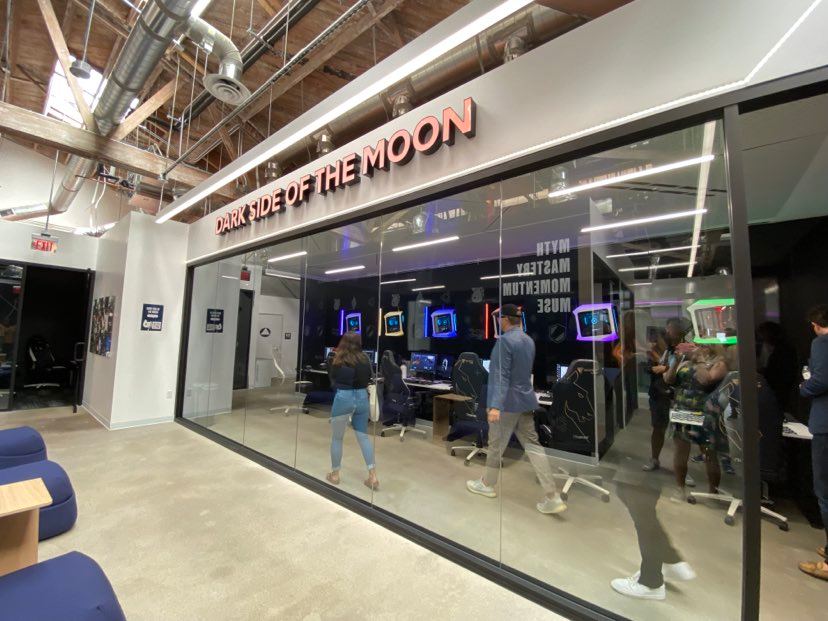 Each scrim room is themed after Alienware’s products, with one being dark and moody and the other being light and clean. While both spaces contrast significantly in looks, they both have the same high-speed connection capabilities to ensure the best practice experience possible. 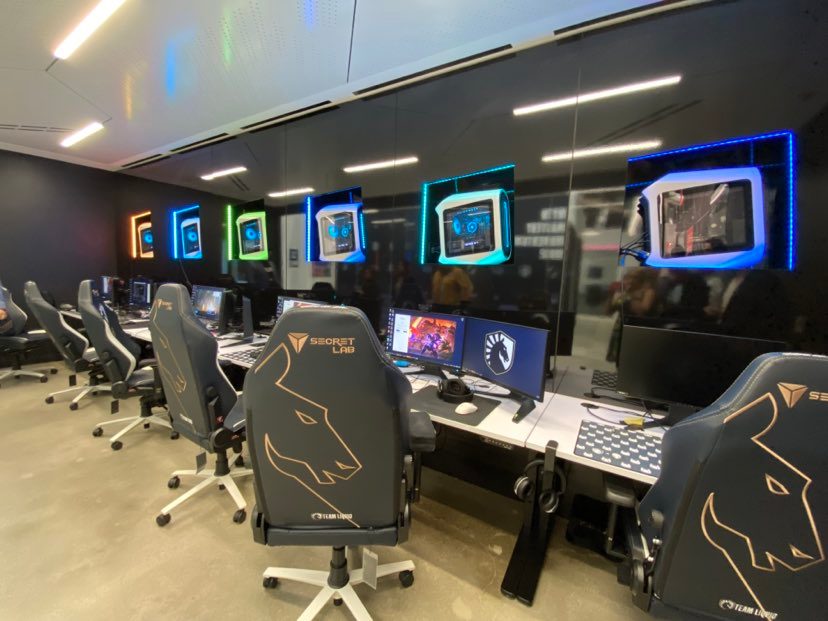 Both of the scrim areas have a VOD viewing room as well with extra seating for coaches and analysts. The 4K projector allows for clear viewing of past plays and even lets coaches pause videos and draw on the screen.

A new addition to the Alienware Training Facility is the Pro Lab. This is something that Liquid did in partnership with Alienware, introducing data and science to player performance and well-being. Within the Pro Lab, analysts will do cognitive studies and collect data to better understand how players perform and how the organization can help with brain function and performance. 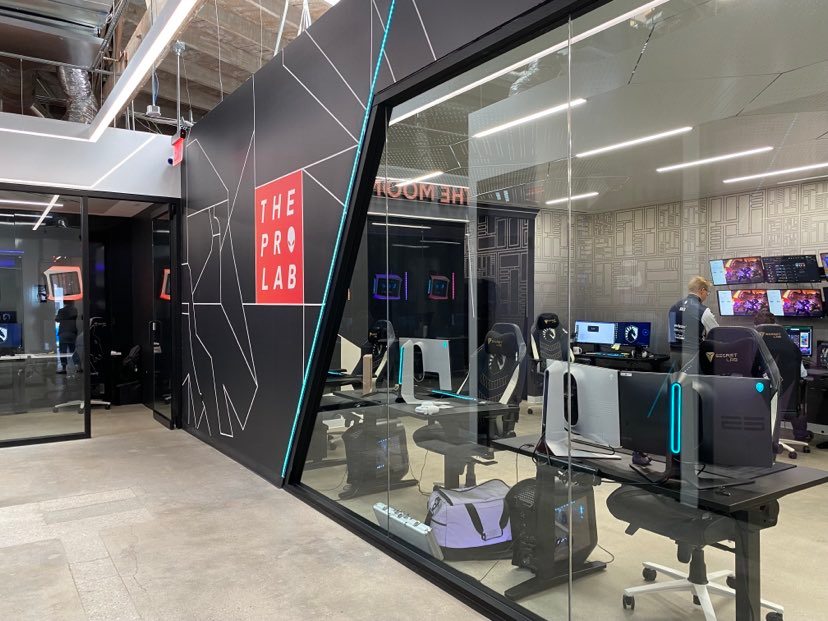 Then there are the streaming pods. Team Liquid created two pods equipped with the latest streaming technology. A player lounge was also in the works. This will become an area for pros to hang out in between practices.

The second half of the new facility was for Team Liquid employees. It included a big open office space with high-end workstations and production-grade PCs. 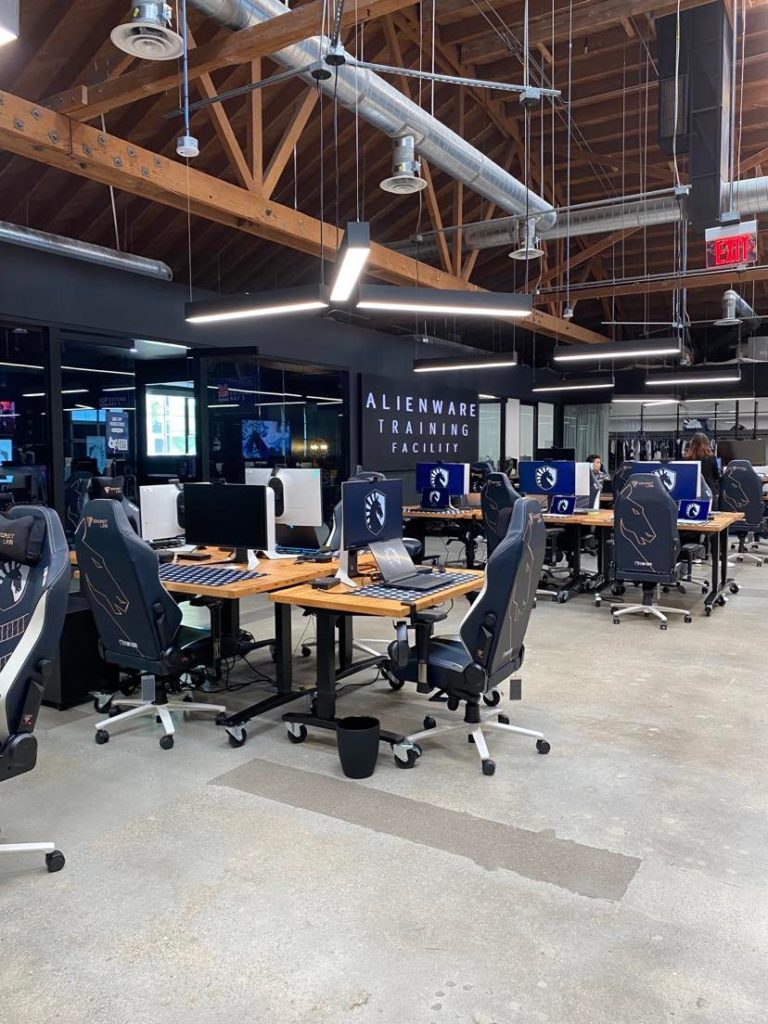 The office area had two “war rooms” for employees to use as conference or brainstorm areas. These two war rooms were inspired by Team Liquid’s partner Marvel. One was called “Woman of Marvel” and the other was “Friends of Spider-Man.”

“Our meeting rooms are designed for dynamic breakouts, secret meetings, and impromptu presentations, with whiteboards and screens with built-in Google Suit technology,” Liquid said. It’s a place where people can go to work privately.” 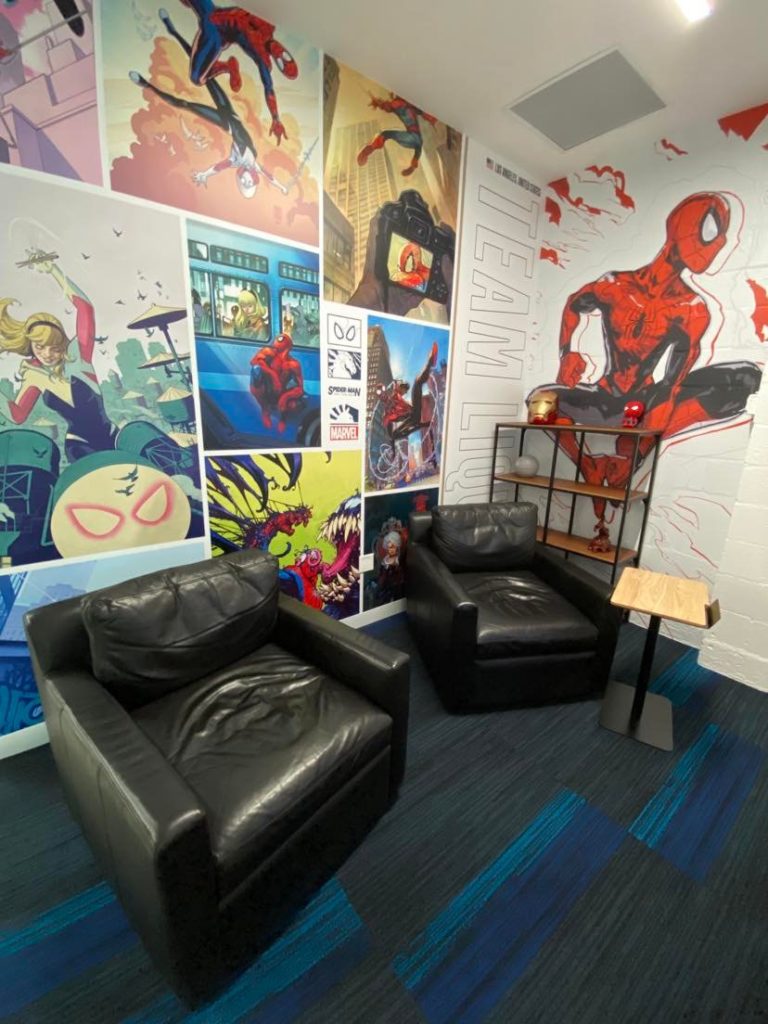 The office area then had two main spacesone for merch and one for content production. The content production area featured two studios where employees could work on videos and more from beginning to end. The merch area had a curtain just in case Team Liquid staff started working on a super top-secret project, as well as new products hanging on the wall. 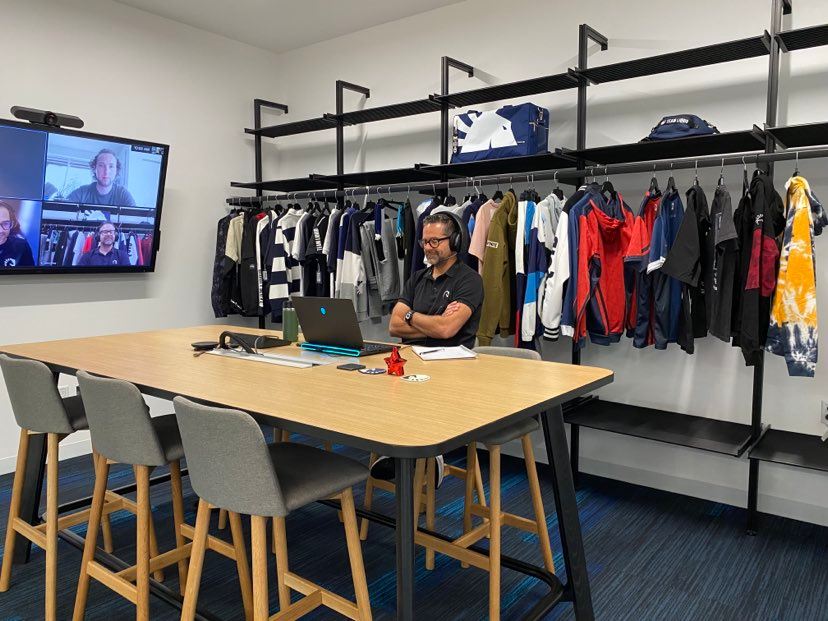 The final area, maybe one of the most important, was the kitchen. Top esports chef Heidi Marsh has been making culturally-inspired, health-conscious food for players and staff daily. There’s a full kitchen as well as a comfy lounge area for eating and chatting.

“Eating is part of your mood. You perform better when your body feels good,” Marsh said. 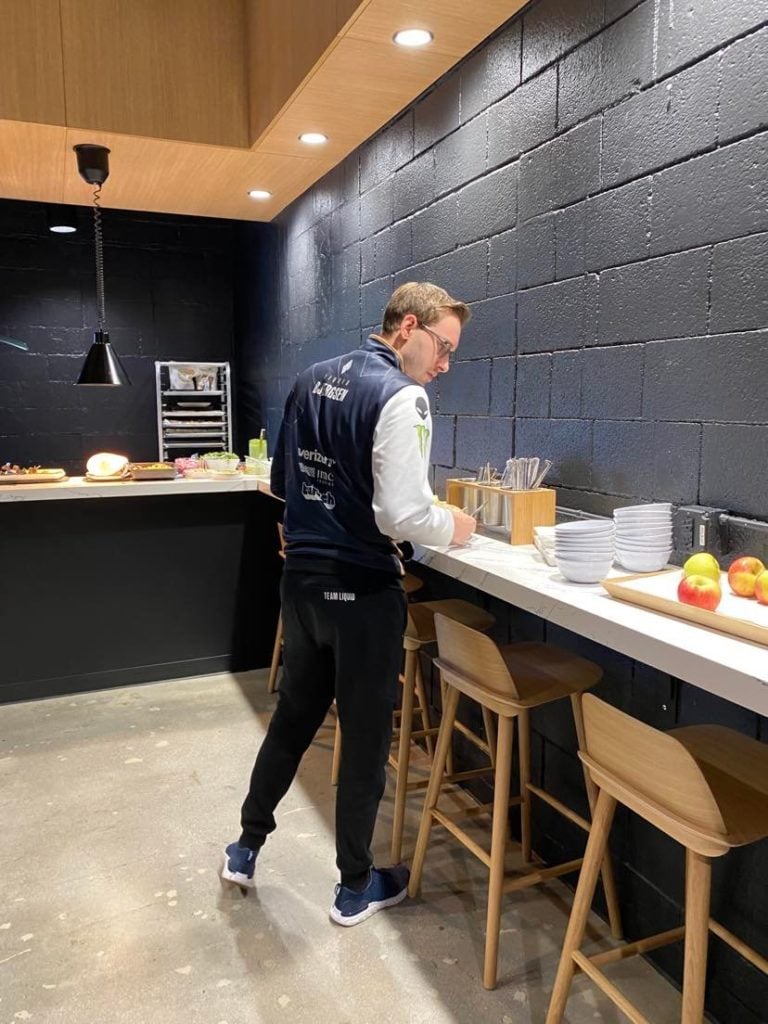 Overall, the new Alienware Training Facility was completely different from Liquid’s previous layout. The open office space, high-tech equipment, and fully equipped scrim areas were enough to make any esports player satisfied. But the addition of a top chef and a Pro Lab put the space above and beyond what’s expected of esports organizations these days.

Latest comments
No comments yet
Why not be the first to comment?
Featured news
Business13 hours ago