What have you done, Timmy?

Lask week, Timothy TimTheTatman Betar was confident hed found the most broken loadout in Warzone 2. This week, however, hes found another one that might take the cake.

Shotguns arent for everyone. But Tim stumbled across the perfect loadout to make it reliably one-shot just about anyoneeven if they’re decked out in purple armor plates.

There’s a one-shot shotgun in Warzone 2, and when I say one-shot, I mean full purple plates to an instant knock, he said during a YouTube video on Dec. 12. If you’re a shotgun lover like myself, you’re going to love this gun. Trust me! 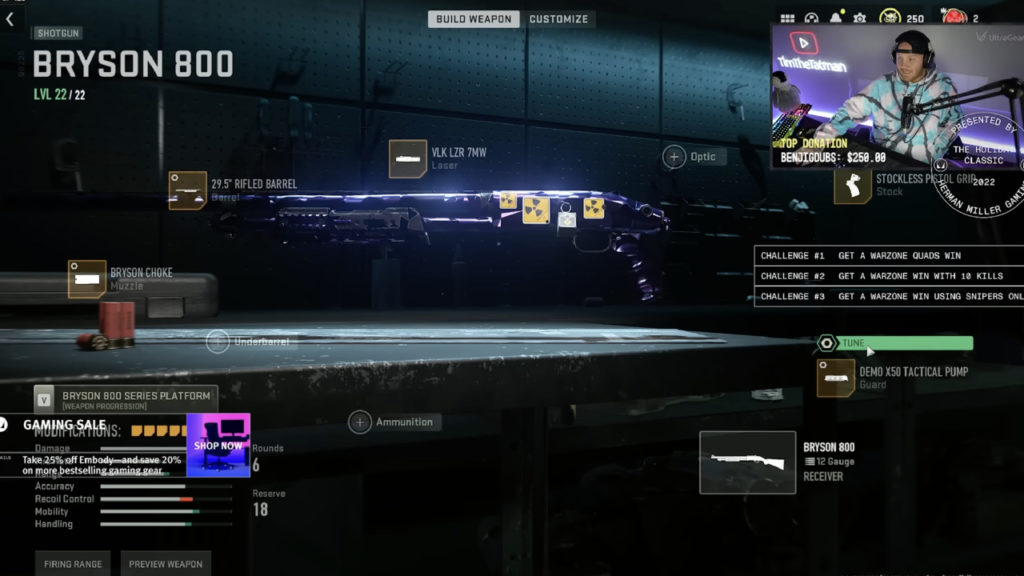 If you include all the bits and pieces mentioned above, youll be one-shotting people in no time. Its about as effective of a secondary weapon as youre going to get, especially in close-range combat.

Tim tested its effectiveness himself, and it worked like a charmmuch to the dismay of the dozens of enemies he mowed down as he giggled in glee.

It was so good, in fact, one fan said: Tim has just released hell into the Warzone 2 community. The sentiment was shared by another, who added: This shotgun absolutely shreds!

So, what are you waiting for? Give it a whirl and see if it’s the right fit for you. Youll be making enemies in Warzone 2 pull their hair out in no time.

Latest comments
No comments yet
Why not be the first to comment?
Featured news
CoD9 hours ago