The monthly subscription won't be launching at the start of the month.

Earlier this week, TiMi Studio and The Pokémon Company released a major update for Pokémon UNITE. And, along with the content going live in the game, a subscription service was also announced that would give players access to exclusive items, bonuses, and more for a monthly fee.

This UNITE Club membership was previously listed as launching on May 1 in descriptions on mobile storefronts, but TiMi has confirmed that this is not the case.

At one point, the developers could have been planning to launch the new subscription service on May 1. However, this has now been postponed and no replacement date has been given, even if that previous release date was just a placeholder. 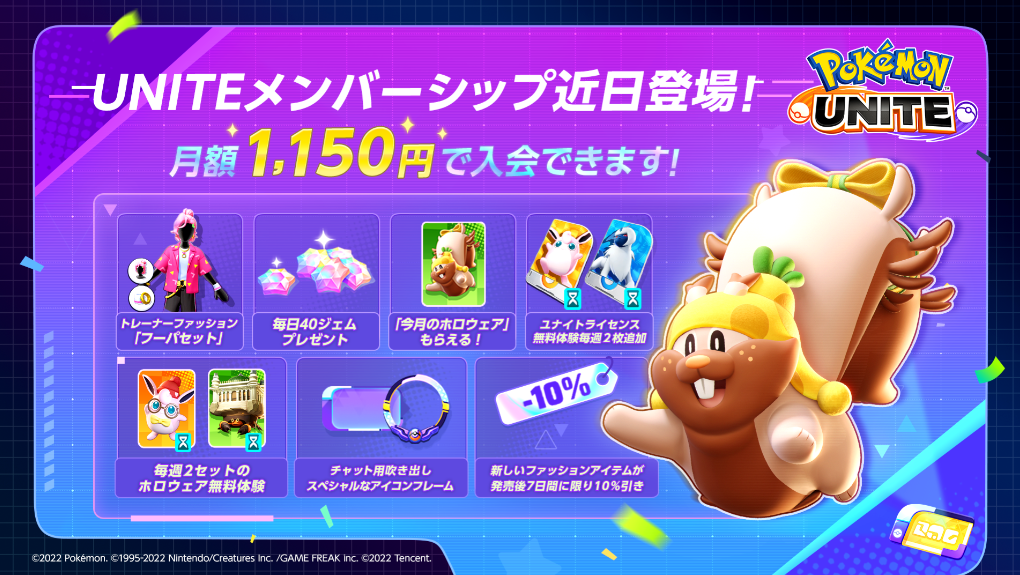 With this delay, TiMi promises to update fans close to when the membership is ready to go live, which should be soon.

The UNITE Club membership will give players exclusive access to select items, including a Holowear of the Month, special portrait frames, member-only speech bubbles, discounts on Fashion items, and 40 Aeos Gems per day. Additional benefits like extended trials for Pokémon and items will also be available.

TiMi still has not released full details on what exactly the UNITE Club is outside of the basic benefits and the price tag, which is currently projected to cost between $8.99 and $9.99 at launch. For now, players will have to wait for more information from TiMi and an official release date.