This week’s Hearthstone Tavern Brawl is Half and Half

Time to cut the deck.

Another opportunity to earn a free pack has arrived in the Tavern. This week’s Hearthstone Tavern Brawl is Half and Half.

The good news about this Brawl is that you’ll only need to put in half of the usual effort when it comes to building your deck. Your opponent will help you with the other half of your deck. 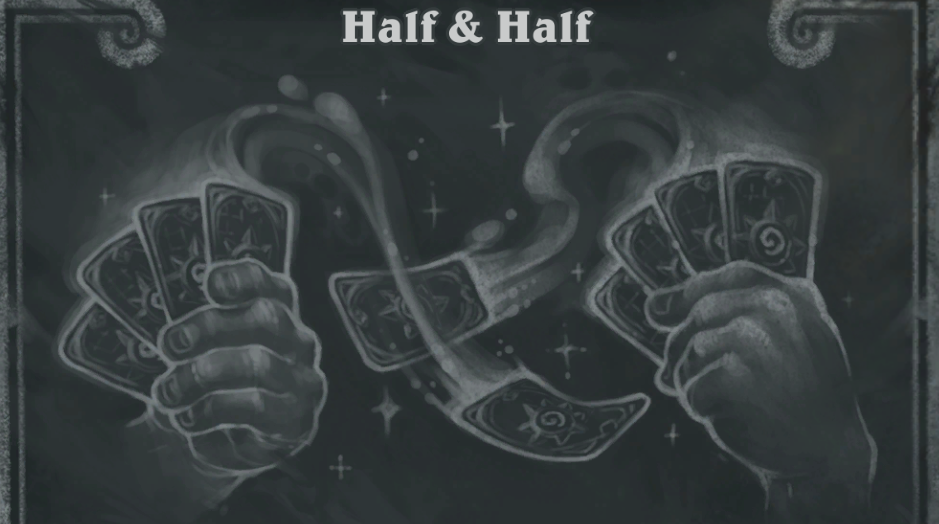 In the Half and Half Tavern Brawl, you’ll select a class, then build a deck of 15 cards. The other 15 cards that you’ll use in the Brawl will be the 15 cards your opponent chooses for their deck.

As your opponent plays more cards you haven’t drawn yet, you’ll be able to get a better idea of what is waiting for you in your deck. When building your deck, you may be tempted to fill it with low-quality cards in an attempt to sabotage your opponent. But remember, doing so can equally sabotage yourself.

As with all Tavern Brawls, you’ll be able to play Half and Half for the next seven days. Earning your first victory will snag you a free Standard card pack.

Latest comments
No comments yet
Why not be the first to comment?
Featured news
Hearthstone20 hours ago