Pokémon Scarlet and Violet players have come across a great trick that is helping them find the illusive Zorua and Ditto Pokémon in the wild without leaving things to chance.

Usually, these two Pokémon would be disguised as other Pokémon in the wild and leave trainers to encounter each and every one of them in a set area in hopes of finding them. Players also discovered that Ditto and Zorua that are disguised tend to act differently in the wild than how they should, but it was still a pain to find them.

Then everything changed when certain players discovered the ZL button existed on their controllers. 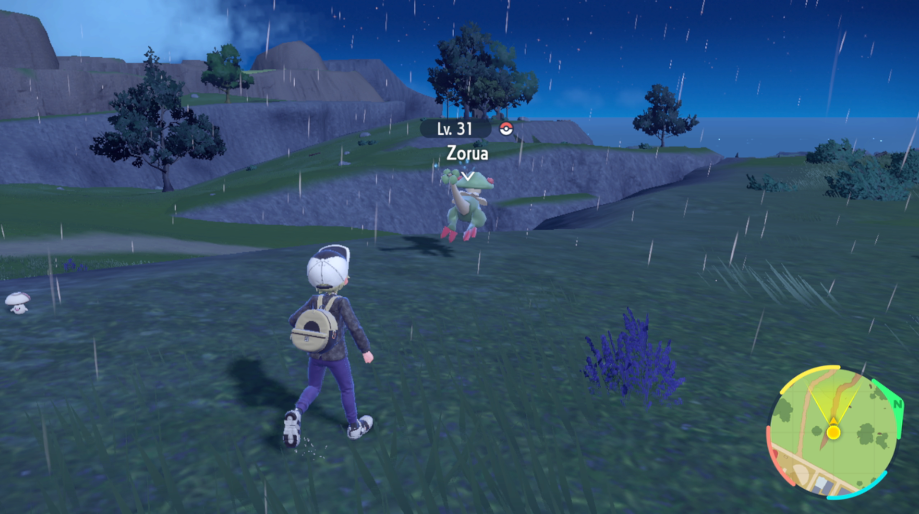 By using the ZL trigger and aiming at a Pokémon, trainers were surprised to see that Zorua and Ditto’s names would appear over Pokémon models that weren’t the actual Pokémon. This makes it far easier to find either Pokémon in the wild than any other method currently available.

It is unknown, however, if this trick works if you haven’t already caught the Pokémon before. If it does, and if you say had caught a Breloom above beforehand, the Pokémon would instead read as ??? to show it is something you haven’t seen or caught before.

Still, this method is a welcome sign for those looking to complete their Pokédex or even shiny hunt the two Pokémon in the future and goes to show the level of detail in the game, even with its technical issues currently.

Latest comments
No comments yet
Why not be the first to comment?
Featured news
Pokémon15 days ago

Surprise: Pokémon Scarlet and Violet have started leaking as players get game a week early