A captivating image of strong emotions.

The Esports Awards 2022 are here, and one stunning photograph from the 2022 League of Legends World Championship claimed the “Esports Photograph of the Year” award.

The image was taken by Colin Young-Wolff, who snapped the photo during the grand final of Worlds 2022 on Nov. 5. It shows T1’s Ryu “Keria” Min-seok in tears with Mun “Oner” Hyeon-jun comforting him and Lee “Faker” Sang-hyeok looking over in shock. 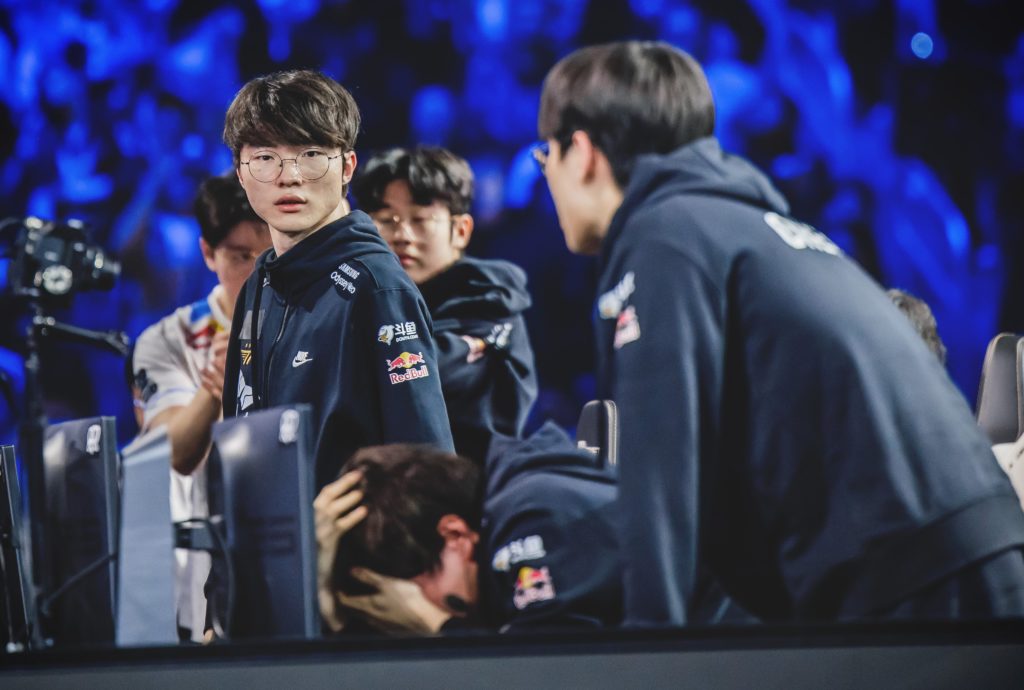 Colin Young-Wolff is a freelance photographer who often works for Riot Games at League and VALORANT events. He was present for this year’s Worlds and he clearly put his photography skills to good use.

The photo was taken straight after DRX had won game five of the final against T1, earning their first Summoner’s Cup as a team. T1, on the other hand, was denied for the second time in its history as an org.

This was Keria’s second international final after also losing to the LPL’s RNG at the Mid-Season Invitational in May. Just 20 years old, it’s no surprise the young support player was in tears after such a closely-fought match.