‘They f****ed me over’: Rekkles says he would have been paid 6 percent of his salary if he stayed with G2

One of EU's greatest talents is once again locked into a sticky buyout situation.

Earlier today, former G2 Esports AD carry Martin “Rekkles” Larsson detailed some of the context surrounding this years League of Legends offseason on his personal livestream, and how some issues from last year have spilled over into 2022.

According to Rekkles, he was benched by G2 following the end of the 2021 LEC season. Following the decision by G2, Rekkles was denied the chance to play as a substitute or fight for his spot in the starting lineup, leaving him no option but to look for a new team.

Additionally, Rekkles options were stifled due to a stipulation in his contract with G2 that said he could be paid six percent of his salary if he was benched by the team.

When I signed the contract in 2020, my lawyer raised this, and I remember I told him thats not going to happen because no matter what I will play well and no matter what this is a long con thing. Im not coming for one year, Im coming for the remaining years of my career, Rekkles said on stream.

Rekkles and G2 came one game away from qualifying for the 2021 League World Championship during his lone year with the organization, but lost their berth to longtime LEC rivals Fnatic in the quarterfinals of that seasons Summer Split playoffs. Rekkles was benched by the team following that loss, activating the part of his contract that would earn him only six percent of his salary. 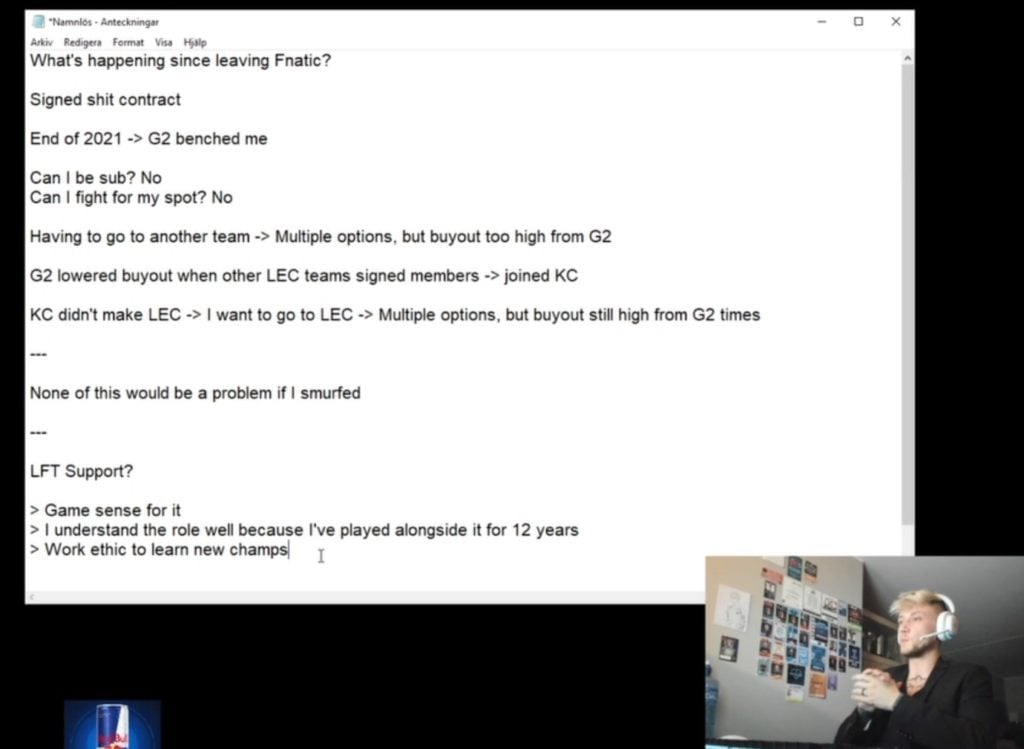 I understood that part of the contract fully, Rekkles said. But I was just naive to believe they wouldnt fuck me over. They fucked me over. They put me here, which is why I really needed to get the fuck out of there, because if I stayed I would get no money and I wouldnt be able to play. I would just sit and wait two years, so I had to get out.

Rekkles also claimed on stream that the buyout price of his G2 contract was too high for the taste of most, if not all LEC teams. It wasnt until LEC teams started to sign players during the 2021 offseason that G2 lowered his buyout mark.

KCorp were interested, luckily enough for me, Rekkles said. I think if they weren’t, I would have been so fucked. I was really lucky that they were interested in working together, but I still wasnt cheap. When I still say lowered buyouts, my buyouts were still substantial, to the point where this is still being a problem today. 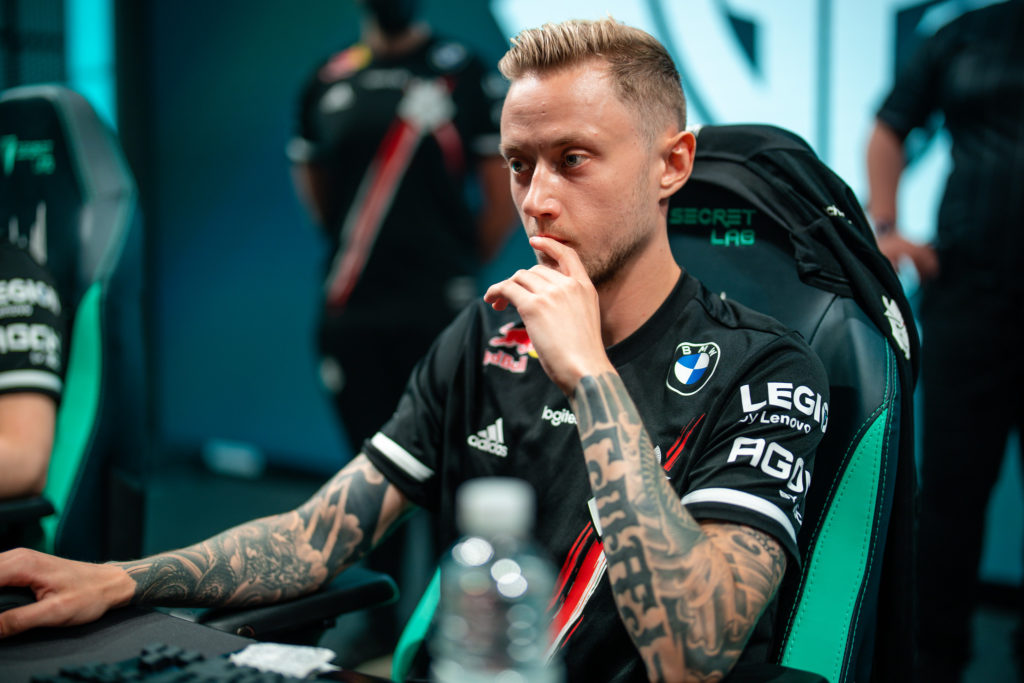 The transfer price for Rekkles to move to KCorp was never disclosed, although former G2 Esports owner and CEO Carlos Rodriguez said on Twitter that the opening price for his contract was set at 1.5 million euros (approximately 1.74 million USD in November 2021).

Now, after KCorp purchased Rekkles contract and wants to put the star on the market again, Rekkles finds himself in another situation where his own value might outweigh the buying potential of teams in need of an AD carry. Still, his sights are set on playing at the LEC level again. He also confirmed that he has received multiple offers from teams already this offseason.

One year later, Im in a similar situation, Rekkles said. Im under contract again, and the money that KCorp paid for me last year is obviously money that they want back now.

Rekkles voiced his frustration with the buyout market for star players, especially those who have had their contracts purchased at some point in the last two offseasons. Players including former G2 support Mikyx and former Fnatic mid laner Nisqy were left teamless going into the 2022 season because of reportedly high buyout marks, as well.

The money that has been circling around now in particular in EU and NA over the past two to three years has just been way too much for the industry, Rekkles said. The money that people are being bought out for is not money that the organizations are making back, so we’ve reached a point now where its out of control for everyone.

To work in tow with a potentially high buyout, Rekkles also suggested that he could role-swap to the support position in 2023, citing his game sense and work ethic to learn new champs as potential reasons for success in the role hes played alongside throughout his entire career.

Rekkles is contracted to Karmine Corp through the end of 2023, according to the League global contract database.