The Pokémon Company continues its schedule of regularly revealing new cards that will be a part of the 25th Anniversary set. Groudon is in the spotlight this time, who will be a card in each of the booster packs.

These two cards were revealed today, with Groundon being a part of the regular 25th Anniversary collection booster packs and Team Magma’s Groudon in the Promo Card Pack 25th Anniversary edition. 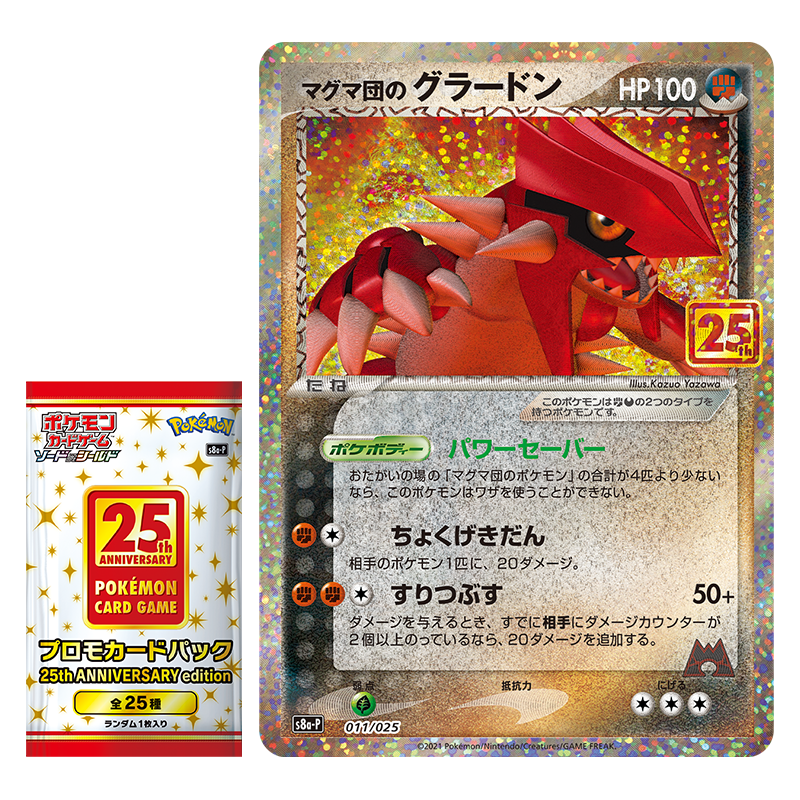 Both of these cards will feature a holographic finish and the 25th Anniversary stamp, but Team Magma’s Groudon’s stamp will be colored red instead of blue. Youll be able to purchase 25th Anniversary packs regularly, but players in Japan will need to purchase at least four of the Anniversary booster packs to get the promo card packs.

Team Magma’s Groudon is a reprint of the card found within the 2004 Pokémon TCG set EX Team Magma vs. Team Aqua. Like other cards available in these promo packs, this card wont be eligible for competitive play.

These two Groudon cards will likely be translated and released as part of the Celebrations TCG set launching in the west in October.

Last week, we saw Lugia and Shining Magikarp which will both be included in this 25th Anniversary run. It is likely well see another pair of cards revealed each week up until the launch on Oct. 22.

Latest comments
No comments yet
Why not be the first to comment?
Featured news
Pokémon7 hours ago

Pokémon UNITE down for maintenance ahead of mobile launch

Zarude is coming to Pokémon Go in new Pokémon the Movie: Secrets of the Jungle crossover event