‘The light side of the moon’: Apex’s Broken Moon map contrasts the beautiful and the barren on Boreas

The new map sheds some light on what happened to Boreas after the meteor struck its moon.

Boreas’ moon Cleo will be the next stage of the Apex Games when Apex Legends’ season 15 launches. And when players set foot on its surface for the first time, they may find idyllic gardens and high-tech facilities or a barren, inhospitable landscape, depending on which side of the moon they land on.

As part of its map design, Broken Moon showcases two different sides of Cleo: the high-tech settlements where preservation efforts took place and the untouched, unwelcoming side of the moonall that while bringing years’ worth of in-universe storytelling to the mix.

“You always hear people talk about the dark side of the Moon,” world director Eduardo Agostini said in a press conference last week. “We wanted to flip that with the light side, the heavenly side.” This contrast between “heaven and hell,” as he called it, is a core theme of Broken Moon, similar to themes in other arenas, like the duality between fire and ice in World’s Edge and Storm Point’s tropical setting.

When Seer was born, a meteor struck Cleo’s surface, creating regular meteor showers on Boreas and changing the planet’s tides and temperatures. The Cleo Recovery Council and the Boreas Science Division spearheaded efforts to preserve Cleo and mitigate the impacts of the broken moon in Boreas. This translated to large-scale, high-tech facilities such as the Stasis Net Array, which prevents debris from falling on the planet. And after the moon was finally habitable, the initiative created idyllic settlements for the inhabitants of Cleothe “light side” Agostini mentioned.

The heavenly side takes inspiration from Monet paintings and English gardens, Agostini said, with the team looking to “a pastel, soft look with pink skies and lilypads” for inspiration. The Bionomics section, for instance, brims with pink trees and an alluring skybox that lends it an ethereal and almost impossible atmosphere. Some of Boreas’ culture is also seen around Cleo, with decorations with the same African-inspired overtones that appeared in Seer’s teasers and lore trailers. 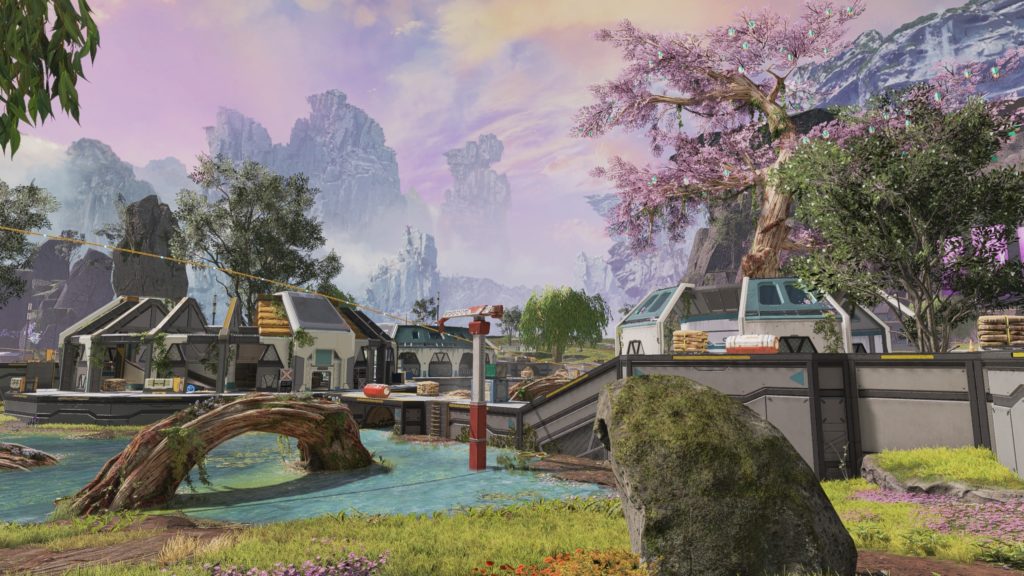 Cleo’s hellish side looks like the most inhospitable landscape in World’s Edge, encroached by barren, rocky cliffs. Even though that area is home to enormous pieces of infrastructure and construction, like the Production Yard and Alpha Base, it still feels far more oppressive than the elysian Eternal Gardens. That contrast, according to Agostini, gives Broken Moon a “unique look that none of the other maps have.” 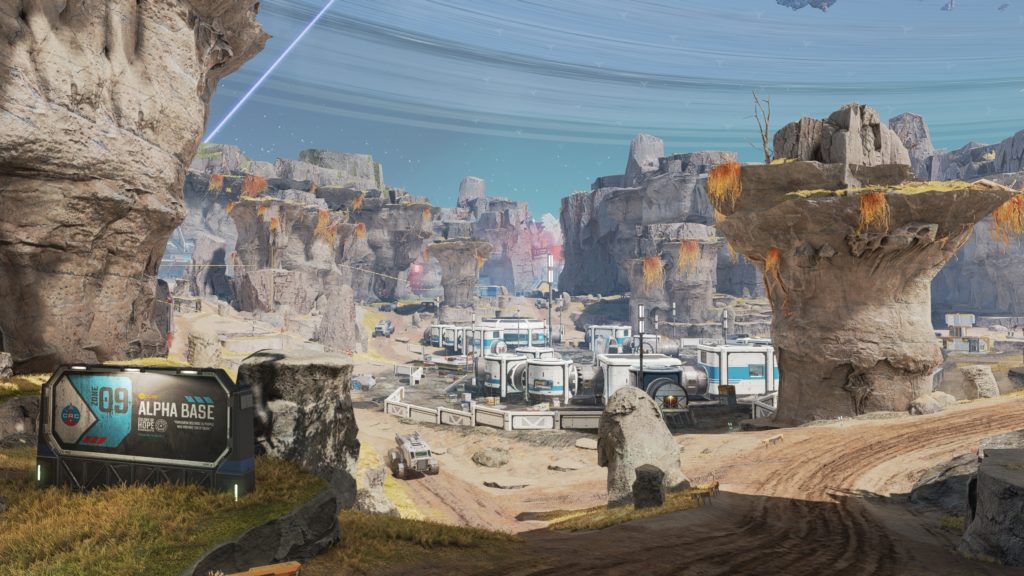 Fans can land on Cleo and try out both sides of Broken Moon when Apex’s 15th season, Eclipse, launches on Nov. 1.