The favorites, the dark horses, and the longshots: VCT Masters Copenhagen power rankings

Only one can lift the trophy. Who makes the best case?

The best VALORANT teams from around the world have arrived at VCT Masters Copenhagen, each looking to become the first team to lift a trophy in front of an international crowd. These teams forged themselves in domestic competition, some reaching an international event for just the first time while others are more than familiar with playing on stage in front of the world.

Twelve teams will collide between a group stage and double-elimination playoff bracket over two weeks. Before they face off for the first time, Dot Esports team of VALORANT writers ranked all of the 12 contenders.

Here are our power rankings ahead of VCT Masters Copenhagen. 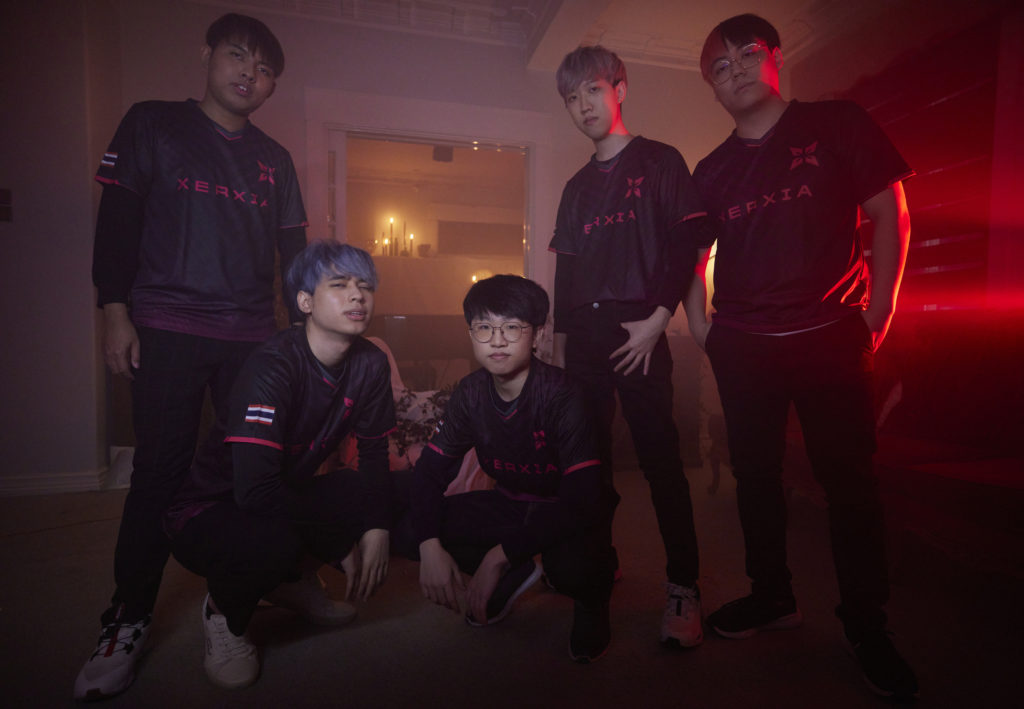 Lets be clear: there are no bad teams at Masters Copenhagen. But someone had to be last, and XERXIA makes the most sense in this spot. They didnt show the same level of dominance against APAC that their rivals Paper Rex did, and a lot of XERXIAs victories were very close. Paper Rex continue to own them in the head-to-head results, too. Surf is a prominent Chamber/Jett main, and sScary provides the team a lot at the controller role, but statistically, there arent many head-turners on this roster. 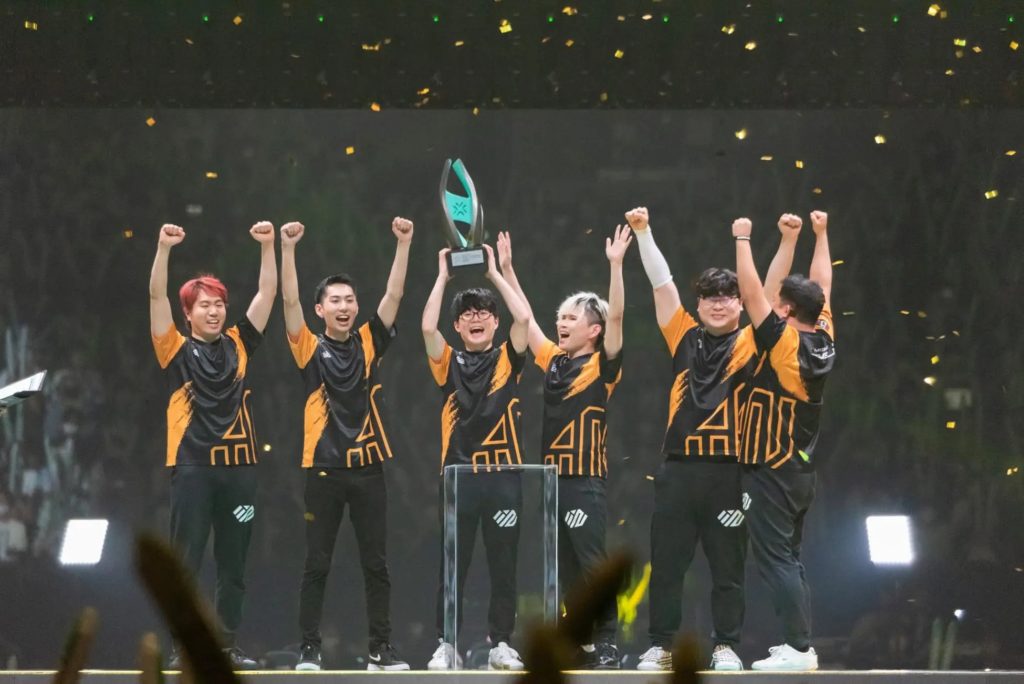 Northeption, the representatives from Japan have finally reached their first international event after coming so close in numerous tries before

Theres no doubt Northeption are exciting to watch. They play at a breakneck pace that will catch some opponents off guard. A quick pace likely isnt going to upset hardened teams like DRX and FPX, but a hot performance from Chamber/Jett-main Meteor could pave the way for potential upsets.

Additionally, the team has some experience playing big matches in front of a large crowd after their monumental win over ZETA DIVISION at the Saitama Super Arena. 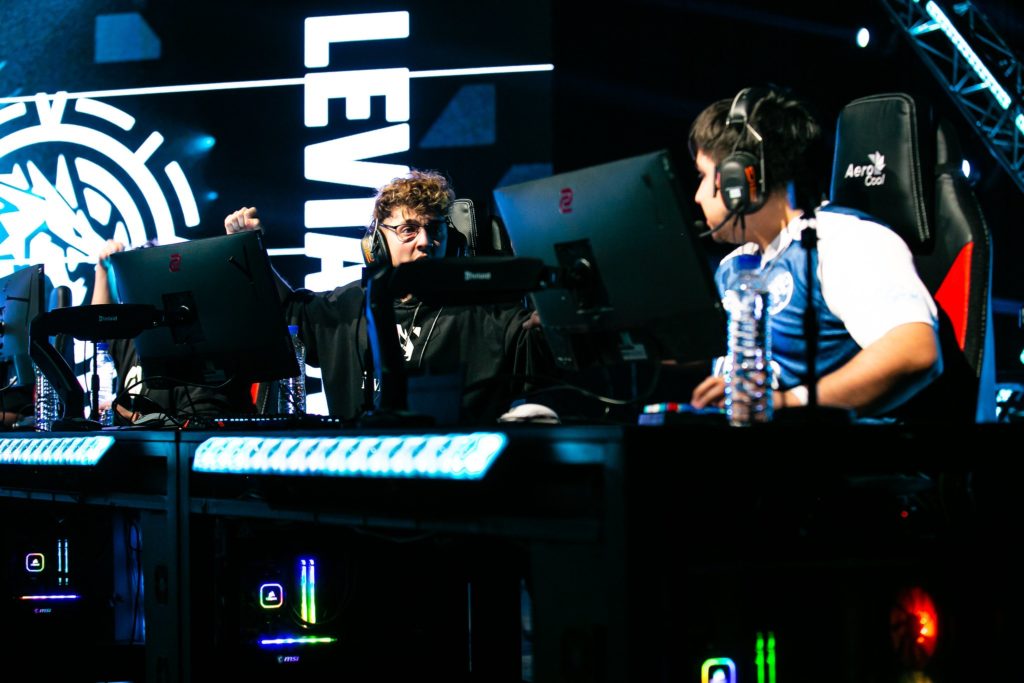 The group stage format makes power rankings a bit of a challenge, since we have Leviatan at 10 even though theyre guaranteed a top-eight finish. Leviatan put on a gutsy performance against KRU in the LATAM playoffs, but their Masters playoff spot is owed to KRU beating NiP in the Brazil vs. LATAM playoff match. Leviatan are no slouches; kiNgg is a great all-around flex player with the ability to make his own plays on Neon and Raze, or set up teammates on KAY/O and Vippr. Tacolillalzh is an exceptionally consistent Chamber, having posted a positive K/D rating in their last 15 maps. But theyre going to be starting cold in the playoffs against some of the best teams in the world, and they dont have any international experience. 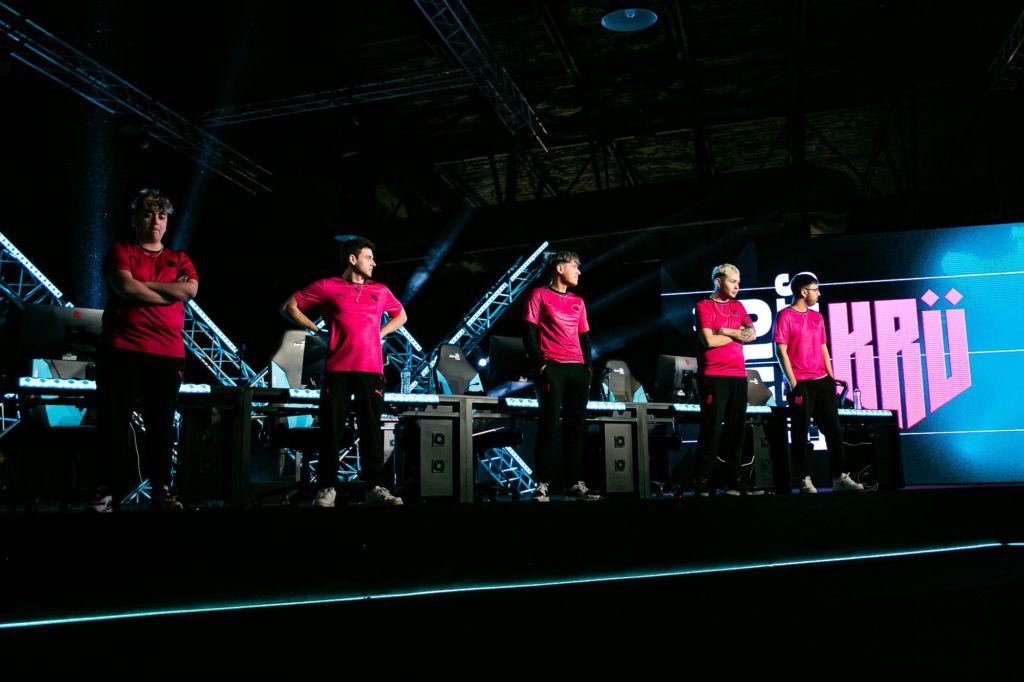 Armed with a new head coach, KRÜ Esports are another team that is well versed in international play, as the only team to attend all five international VCT events. Theyre back again to represent the LATAM region, and their fans will no doubt fuel their desire to win this time around. This will be their first international appearance with coach Leandro Leazo Liset, but theyre starting as the lower seed, which means theyll have to fight their way through groups before they can get into playoffs and beat their fifth-to-eighth record from Masters Berlin 2021. 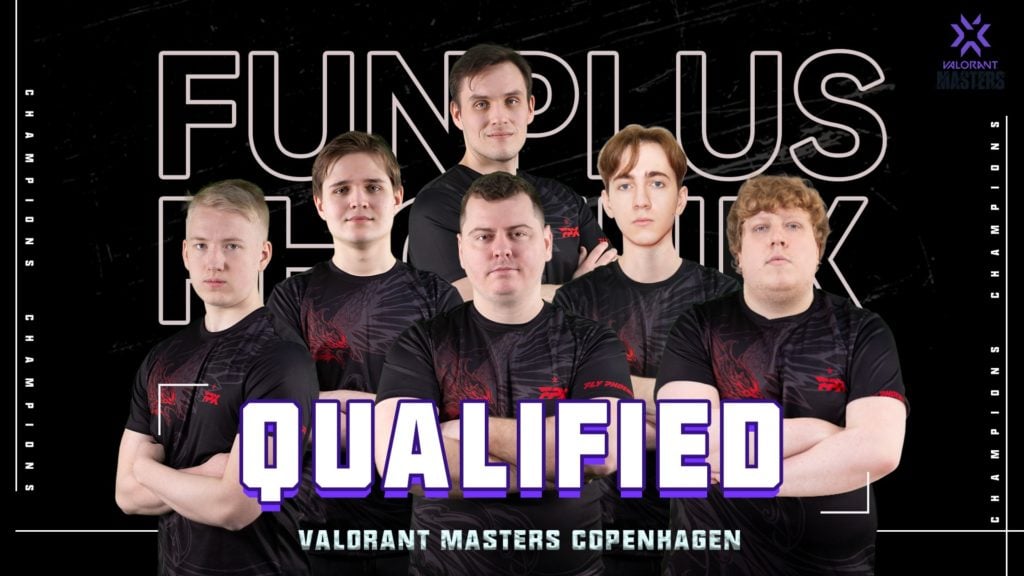 FPX are a team that has been tearing it up in EMEA. Through EMEA Series Two, FPX only lost to two teams, 2021 VCT Champions Acend and top EMEA seed Fnatic. FPX have been steadily improving the longer they play together, and anchored by their star Zyppan, they certainly have the potential to surprise some of the higher-seeded teams in Masters. The big question mark over the head of FPX is that they will be playing in Masters with half of their original roster absent. While the team qualified to the last Masters even in April, the team had players who were not able to attend due to travel restrictions concerning the war in Ukraine, so the team as a whole forfeited their spot. This time, FPX will be playing with three substitutes, whichfor a team already disadvantaged by having no international LAN experiencecould prove to be devastating. 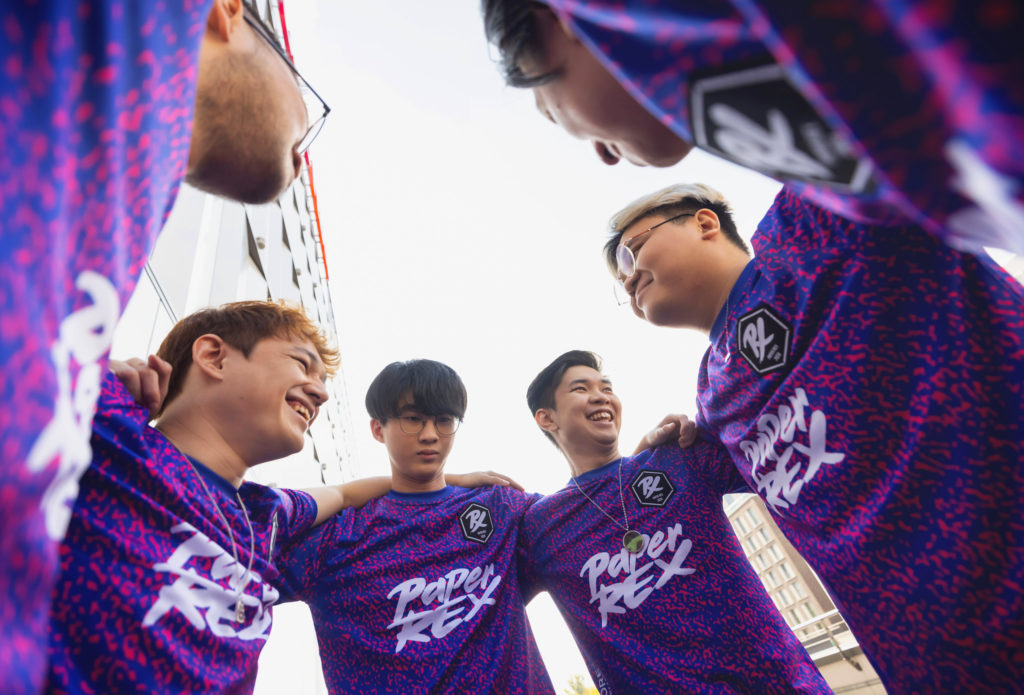 Finishing in the top seed for the APAC region, Paper Rex return to Masters once again after a clear and convincing run through their Challengers event. They stayed in the top bracket the whole time, and then ended with a bang in their grand final match against XERXIA, who couldnt even put up double-digit rounds against Paper Rex. They only dropped four total maps during both the Malaysia/Singapore and APAC main events, and most of the maps they won were dominantly one-sided. Fans are hoping to see some exciting competition coming from Paper Rex, along with some goofy on-camera shenanigans from their team comedian Benedict Benkai Tran. 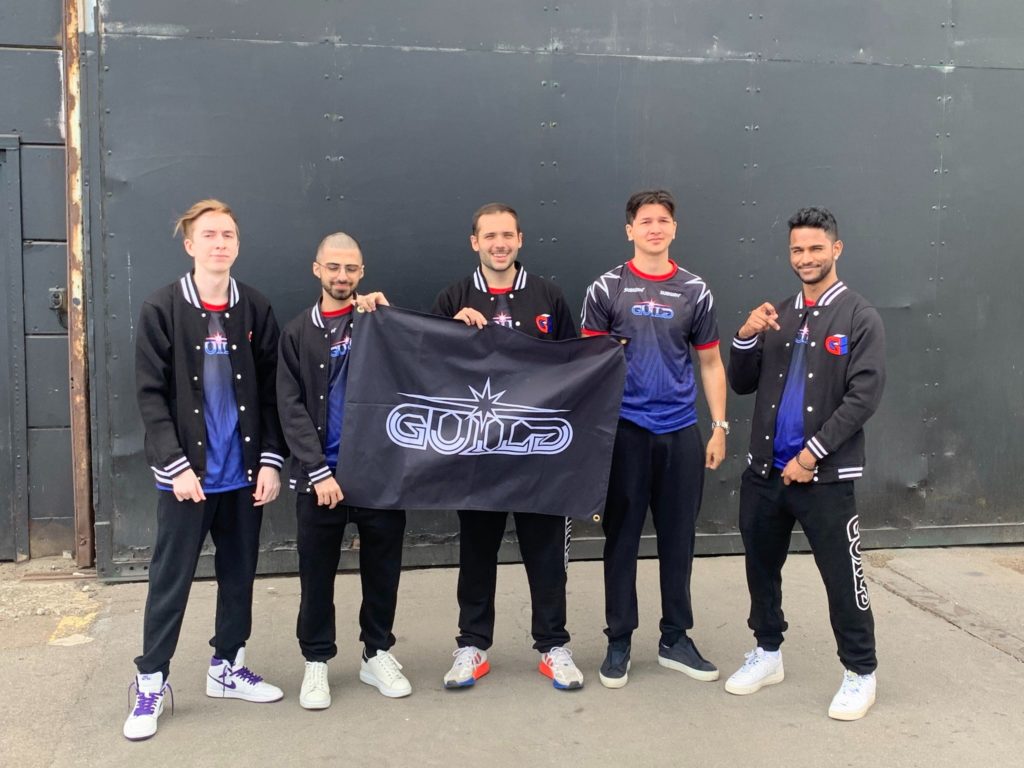 Guild are a team that has the potential to give many teams in Masters a run for their money. The problem that Guild have is their luck of the draw for the group stage. Due to the strength of the teams in Group A, they probably won’t make it out of the first stage. They have to face defending champions OpTic in their first game, and we dont think Guild has enough strength to overpower a strong OpTic roster. While Guild theoretically has all the pieces there, and Leo is a force to be reckoned with, they are going to have to look to koldamenta and Russ to step up in Masters. Another issue Guild seem to have is not being able to clutch out close scenarios and finish out the end of a game or map strong. Once they lose momentum, it can be hard for them to bounce back, and that is something we will need to see from this squad if they want to make it out of groups. 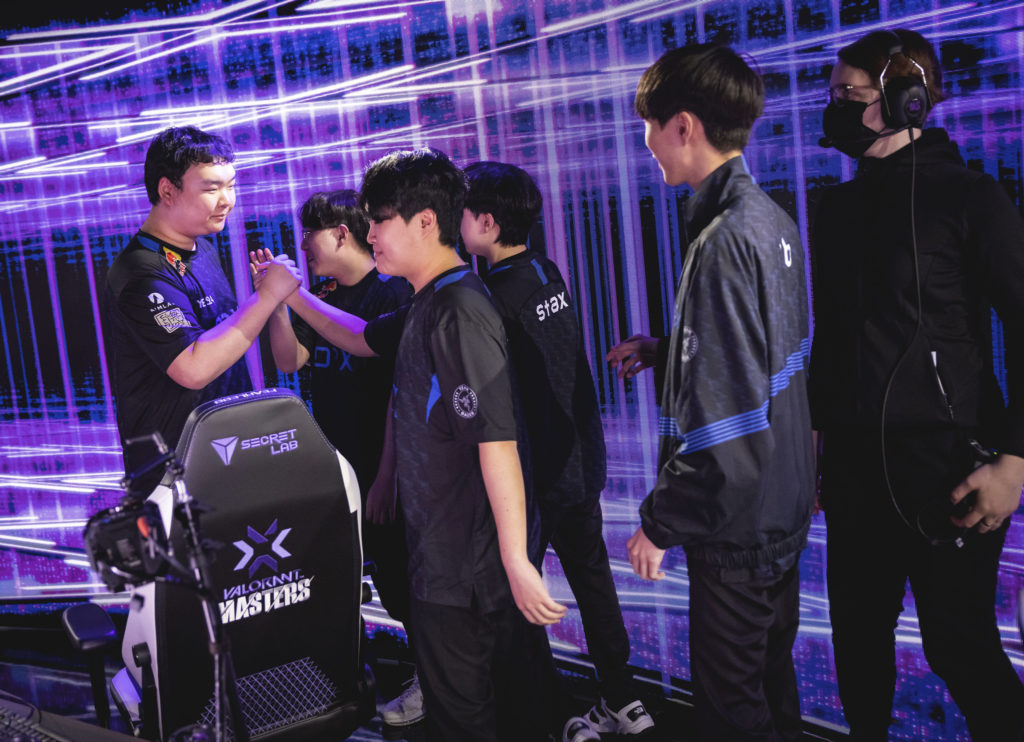 For DRX, the main question mark is their presence on the international stage. They played through Stage Two in Korea with a flawless record, not dropping a single map to any other team in the region. Formerly known as Vision Strikers, DRX have been a dominant force in Korean VALORANT for a long time, but we are still waiting for them to hit those same highs on an international level. That said, we agree DRX have a chance in Copenhagen to make it further in the tournament than they have before. Despite not being on the top of the kill leaderboard, a player to watch from DRX is definitely MaKo, one of our players to watch in the controller role. It looks like DRX have it all on paper. Its just hard to predict how they will fare against some of the stronger regions in the tournament. 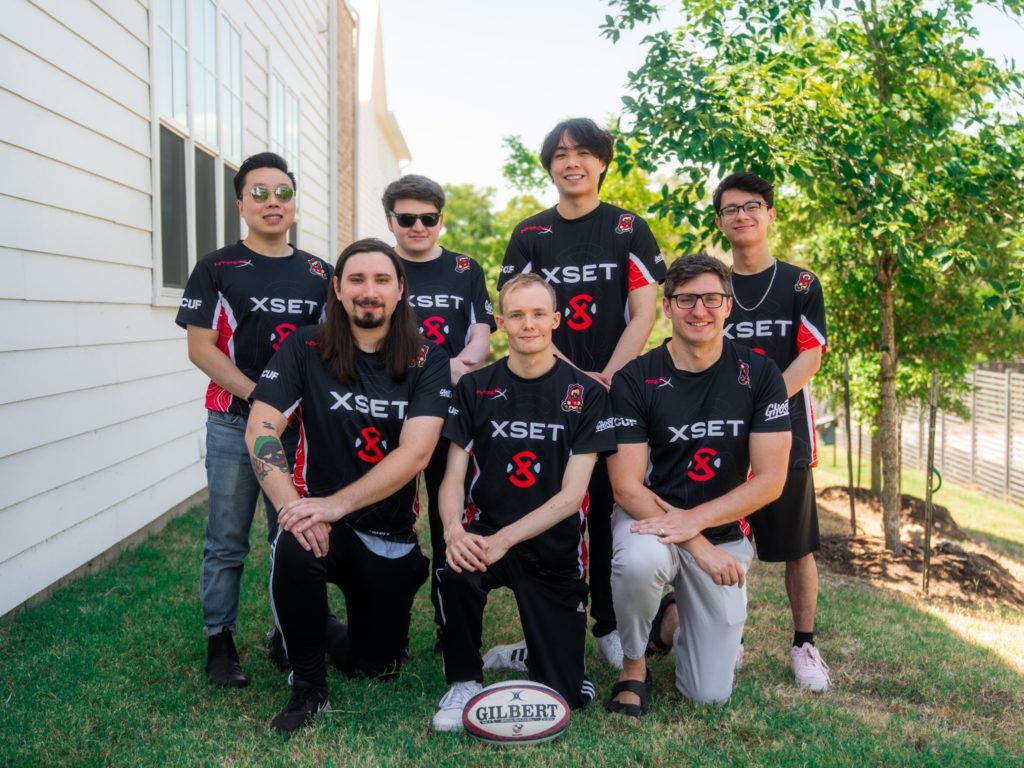 XSETs journey to the top seed in Masters came with a lot of hard work. They lost in the NA Challengers upper bracket final to OpTic and had to fight their way back to the grand final, which they did by beating FaZe in the lower bracket final. XSET wasnt expected to win the grand final rematch, but they proved they could come back stronger after a loss and beat OpTic 3-1 to earn the top seed for NA at Masters.

Most people dont think XSET have the necessary LAN experience, but head coach Don Syyko Muir made sure they got experience in a LAN setting at smaller tournaments so they were prepared for events like this. Theyll likely be considered underdogs since it is their first international tournament appearance, but coach Syyko said during Challengers that this is the most confident hes ever felt about his team. That confidence could take them farther than many fans expect them to get. 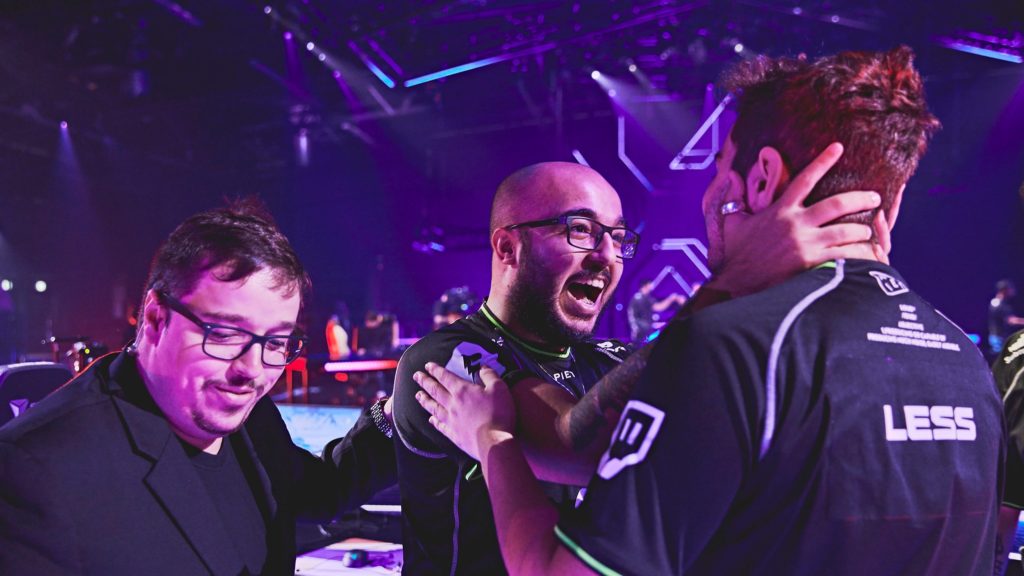 The grand finalists from Masters Reykjavik have looked even stronger during Stage Two. The Brazilian superteam posted a flawless 16-0 map record during groups and playoffs, running through the entire region with relative ease. LOUD relies on a powerful trio in world-class duelist aspas and dynamic initiator duo Saadhak and Sacy. Less provides more firepower on Viper, Chamber, and Killjoy, while pANcada mans the back line as a more-than-reliable controller player. They have one of the most complete lineups in the world and can easily complete a run from groups back to the grand final. 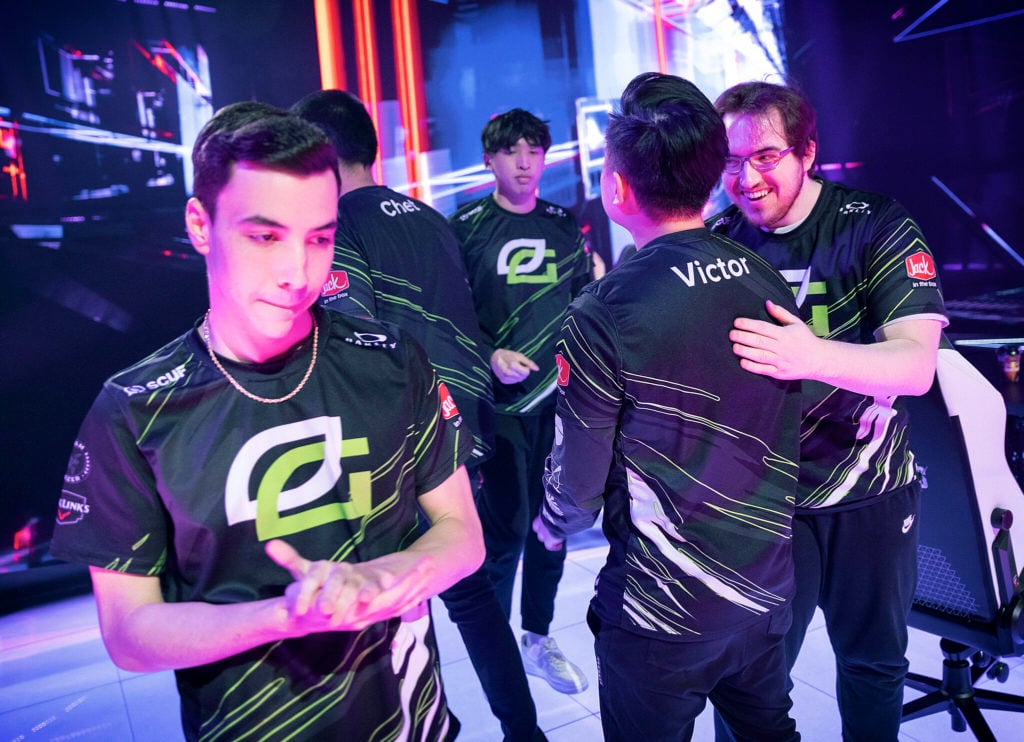 Despite falling short to XSET this time around in the NA Challengers Tournament, OpTic look even stronger than they did last Masters. The team has a clear star player in yay, but there is clutch potential up and down the entire roster. Every player on OpTic has a set role, but they arent afraid to step up when it is needed. They have also fine-tuned their strategies compared to last Masters, and are even more solid with playing different angles, taking space on the map, and playing off of their utility. They also come into Masters Copenhagen with even more tricks up their sleeve after being forced to play some maps this time in NA that we hadnt seen them on before, like Breeze. While XSET took the NA Stage Two title from OpTic, three of the OpTic members were playing their last two games with COVID. Now that they have had the chance to recover, we think OpTic will be dominant again in Copenhagen. 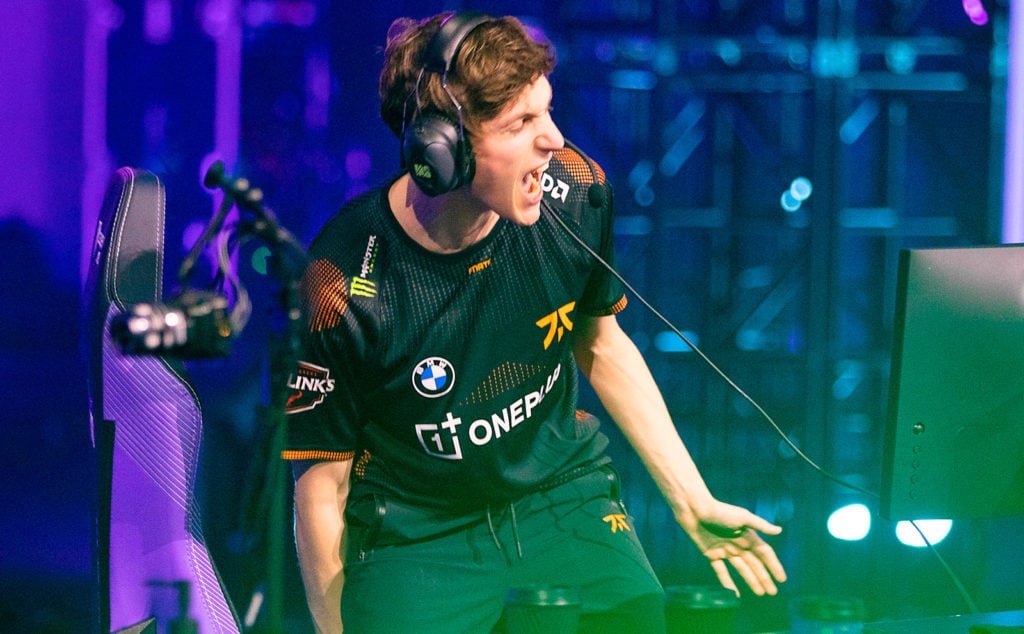 Fnatic had an almost perfect run through their Challengers tournament. They went 5-0 in the group stage and then only dropped one map throughout the entire playoff bracket to FunPlus Phoenix. Fnatic have plenty of LAN experience and have come very close to a Masters title before, so theyll be incredibly motivated to win this time around.

Fnatic are the favorites to win the tournament, both because theyve had such a dominant run through their Challengers event and because fans are excited to see the spirited celebrations that happen after they win each game.

Latest comments
No comments yet
Why not be the first to comment?
Featured news
Valorant11 hours ago