The difference-makers: 11 players to watch during IEM CS:GO Rio Major 2022

You don’t want to miss their games.

For more than 10 years, CS:GO pros have elevated the level of the game, constantly improving and setting the skill ceiling higher with every tournament. And on Oct. 31., IEM CS:GO Rio Major 2022 begins. The bar and the stakes are the highest theyve ever been.

The Brazilian Major is shaping up to be one of the greatest in history, mostly due to the passionate home crowd, its love for the game, and the atmosphere it will create.

More importantly, however, the competition has never looked fiercer. If you have renowned squads like G2 Esports and Astralis missing the Major for the first time in the organizations history, you know the best squads have come to play in Rio de Janeiro.

Some teams are seen as potential favorites to lift the trophy. Most of them are expected to do so thanks to the incredible individual prowess of their players in recent months. Some of them are explosive entry fraggers, while others are intelligent lurkers or superstar AWPers. One thing is certain: its worth keeping an eye on them in the forthcoming event.

With 24 teams set to take the stage in Rio de Janeiro, its tough to follow every game, let alone every player. Nevertheless, there are some you dont want to miss in action for a few reasons.

Team Liquid have been on the rise for the past couple of months, making deep runs in pivotal CS:GO tournaments and climbing the rankings of the best teams around the world. The most crucial elements behind their success have been Mareks YEKINDAR Gaļinskis and Jonathan EliGE Jablonowski.

The former joined Liquid as a stand-in before IEM Cologne 2022 and has transformed Liquids gameplay ever since. He helped the team reconstruct their strategy, while also becoming the much-needed entry fragger. People in that role dont usually boast eye-watering stats, since theyre often quickly traded. But YEKINDAR defies that rule, like in Liquids match against Cloud9 in ESL Pro League Season 16, where he topped the ladder with a 62-40 KD ratio, a win that secured Liquid playoffs, in which they went all the way to the finals.

YEKINDARs addition also allowed EliGE to take new positions in a rifler role, which made him shine once again, proving hes one of the best North American talents in history. The player has recorded 1.24 impact and 83.6 average damage in the past three months, according to HLTV, acting as the second pillar behind Liquids formidable successes. The formidable duo allowed Liquid to claim third in HLTVs ranking for the first time since February 2020, and the team have once again become NAs best hope at winning the biggest event, with their eyes set on the IEM CS:GO Major 2022.

Liquid made the EPL Season 16 finals but were outplayed by another team rising in the scene lately, Team Vitality. A significant part of Vitalitys strength comes from two exceptional players, Mathieu ZywOo Herbaut and Lotan Spinx Giladi.

Vitality had a rough first half of 2022 when they couldnt find their footing on the server, including the superstar AWPer, ZywOo. Still, the 21-year-old showcased brilliant form in their recent events and broke records, like most kills in a single CS:GO series by claiming 143 kills in finals against Liquid. The Frenchman proved hes still one of the best players in the world.

You have to give credit where it’s due. Vitalitys only transfer in the recent break was bringing in Spinx, who like YEKINDAR, caused changes in the teams roles, allowing other players to return to their top form. Spinx is one of the smartest players in the game, often shining in fantastic lurking or entry fragging, like against Liquid in the EPL Season 16 finals. Thanks to those shifts in strategy and Spinxs individual prowess, Vitality claimed the trophy and rapidly transformed into one of the best squads in the world. 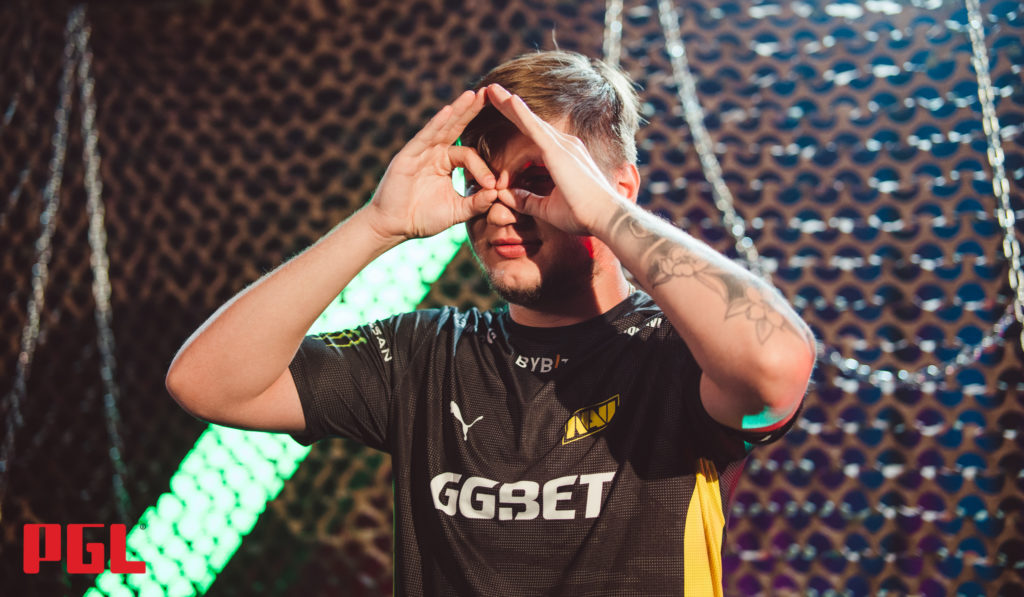 When it comes to GOATs of CS:GO, theres no more titled player than Oleksandr s1mple Kostyliev.

The Ukrainian has won numerous tournaments, collected many MVP trophies, and as a result, claimed either first or second in HLTVs best 20 rankings of the year for the past four years. In recent months, he hasnt dipped in form at all, gathering 1.36 impact per round, 86.3 damage per round, 0.85 kill participation per round, and only 0.64 deaths per round in the past three months, according to HLTV.

S1mple always shows up when it matters. In Natus Vincere’s countless finals finishes for the past few years, he has been the clutch factor, boasting incredible stats and winning many rounds on his own. He allowed NAVI to cement themselves as one of the best teams in CS:GO history, and in Rio, hes certainly looking to continue his reign.

FaZe Clans lineup consists of superstars that can carry the game on their backs, and who also work perfectly together. In recent weeks, however, one stood up above the rest: Helvijs broky Saukants.

The Latvian was FaZes best player in the Europe RMR A, where the squad finished 3-0 and claimed the Legends Status at the Rio Major. Still, it was a hefty road for the international team, who had to play seven overtimes during five maps. In every series, broky stood out, winning pivotal rounds with his AWP. All in all, he finished as the events seventh-best player, according to HLTV.

With the team looking shaky lately, broky has played to his 110 percent and secured important rounds for the team, like against Sprout in the RMR. His admirable patience and game sense may be the factor FaZe need to defend their title and go for the second Major in a row.

While Petr fame Bolyshev is one of the two new additions to Outsiders roster, he quickly became a significant player for the CIS side.

The 19-year-old is fairly new to the top-tier CS:GO scene, so hes often inconsistent in Outsiders recent tournaments. Still, when its needed, he can overcome the pressure and pull out a fantastic performance, allowing his squad to grab important maps or series. He was the Outsiders best player in a surprise victory over Heroic in Europe RMR B. Fame also finished as the best individual in the teams triumph over ENCE in ESL Challenger Rotterdam 2022, where he boasted the most kills (42), according to HLTV. If Outsiders aim to pull a miracle run at the Rio Major, fame must bring his A game, and he has already shown hes able to do so in essential matches.

After his unsuccessful stint at MOUZ, it was tough to see a bright future for Frederik acoR Gyldstrand, who joined GamerLegion, a team that hardly plays at the top level. Still, he was the one that pulled the team through the Europe RMR A and stole a spot at the Rio Major.

In the games against top-tier teams like FaZe and G2, acoR shone as GamerLegions best player on the server, recording a 105-72 KD ratio in the two games combined. Moreover, he often won tough clutches, proving he has what it takes to lead his team to David vs Goliath like upsets. If GamerLegions dream is to be continued in Brazil, they need acoR to keep the astonishing level hes been on lately. 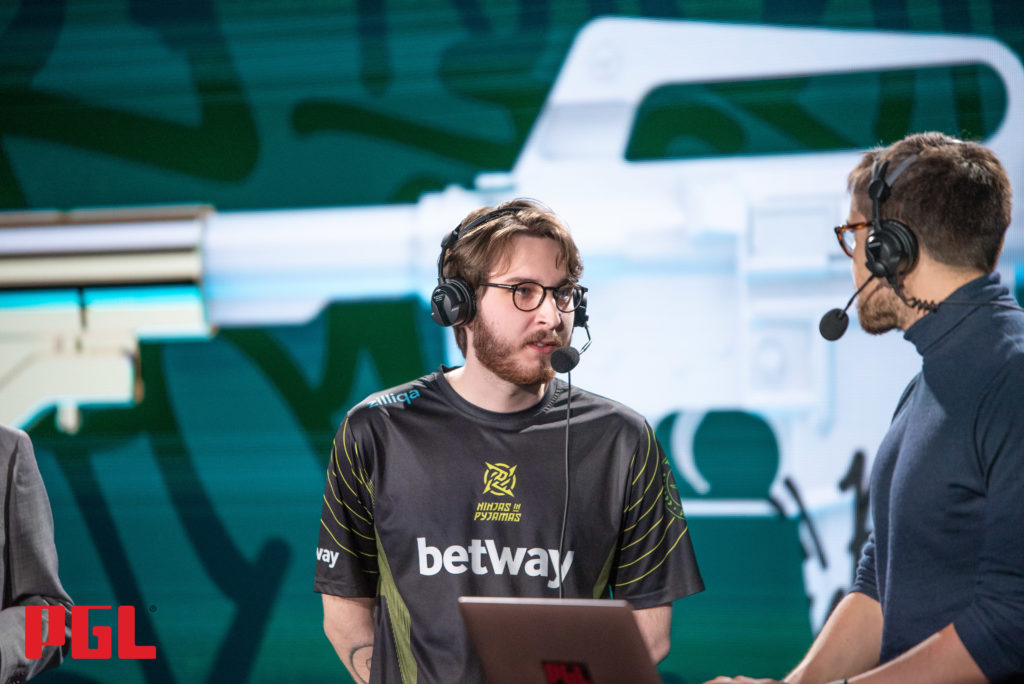 The addition of Aleksi Aleksib Virolainen to Ninjas in Pyjamas released Hampus “hampus” Poser from IGL duties. As a result, the latter helped his team to secure a Legends Spot in the upcoming Major and finished the Europe RMR A as the best player of the event, with a 1.36 Rating 2.0, according to HLTV. Its more than exciting to see what this fresh NIP roster is capable of with hampus back in the rifler role, who looks more comfortable than ever with his new tasks.

The new ENCE squad also comfortably secured a Legends Spot in the Major, with Alvaro SunPayus Garcia leading the scoreboard in two of three ENCE series in the RMR. The Spaniard was the star of his former team, Movistar Riders, and his aggressive and exceptional AWPing style booked him a place in ENCE. Still, can he deliver on his yet biggest stage and secure his team a back-to-back semifinals appearance? If SunPayus maintains his astounding level, it should be possible.

Last but not least, lets take a look at the noteworthy Brazilian players that will be competing on their home turf. When it comes to Brazil, theres hardly a better individual today than Kaike KSCERATO Cerato. For FURIA, he has been the consistent element that always delivers. In the past six months, he boasted a 1.18 KD ratio, the highest from the whole squad, according to HLTV. If the home-crowd favorites aim high in Rio, they need KSCERATO to take the lead with his incredible rifling abilities.

Latest comments
No comments yet
Why not be the first to comment?
Featured news
Counter-Strike20 hours ago

S1mple lists CS:GO maps he’d add and remove from pro pool if he was CEO of Valve