Here are some of the best one-two punches in the game.

Weapon combinations in battle royales are incredibly important, and Apex Legends is no exception. You can hold only two weapons at a time, so you must choose wisely if you want to become the champion.

While everyone has their favorite weapons, you may not be able to get your hands on your preferred loadout every match. More often than not, youll have to salvage the best out of what you have, and getting to know all the weapons in the game can make your life easier.

Each season of Apex introduces a plethora of gun changes alongside a new legend. Occasionally, new weapons will also arrive, many of which play a massive role in shaping the best loadouts you can find in the game.

Here are the best weapon combinations to help you take down your foes. 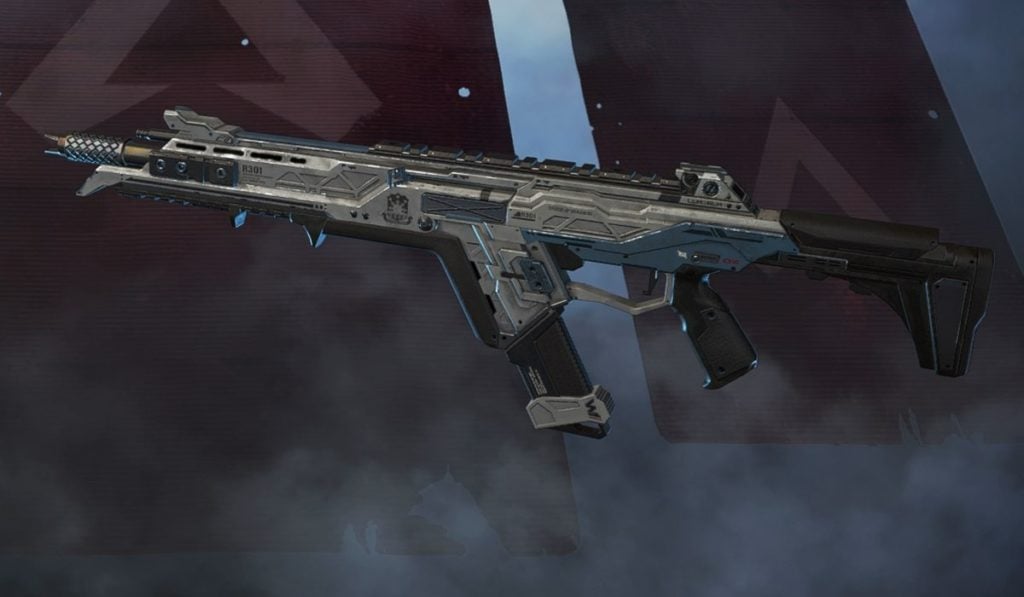 The R-301 is the game’s most powerful weapon right now, bar none. What it lacks in damage per bullet, it makes up for with easy handling, a lack of recoil, extensive range, and flexibility. The R-301 paired with any gun makes for a powerful combination, but one of the best partners for it is the Peacekeeper.

The Peacekeeper’s powerful short-range damage potential makes up for the R-301’s minor weakness in extremely close fights. The Peacekeeper is also a little easier to use than the Mastiff, its more recoil-heavy cousin. A great way to take out enemies with this combination is to crack their shield with the R-301, then run in for a close-range kill with your shotgun blazing.

The Devotion has always been a powerful contender, particularly in Arenas. Even without its signature Turbocharger hop-up, it’s capable of doing a ton of damage in a relatively short period of time. Add the Turbocharger, and you’ve got a beast of a gun on your hands. The Mastiff, on the other hand, is a powerful shotgun favored by streamers and pros everywhere thanks to its high damage potential.

The Devotion pairs well with the Mastiff because the two cover each other’s weaknesses. If you get cornered, the Mastiff’s shot-by-shot reload is a little faster than the Devotion’s painstaking reload, particularly if you find a Dual Shell hop-up for the former. As good as the Mastiff is at close range, it struggles at anything further away than the edges of short range, which the Devotion can handle easily. This is a great loadout for Rampart players, as her passive will make the Devotion even better. 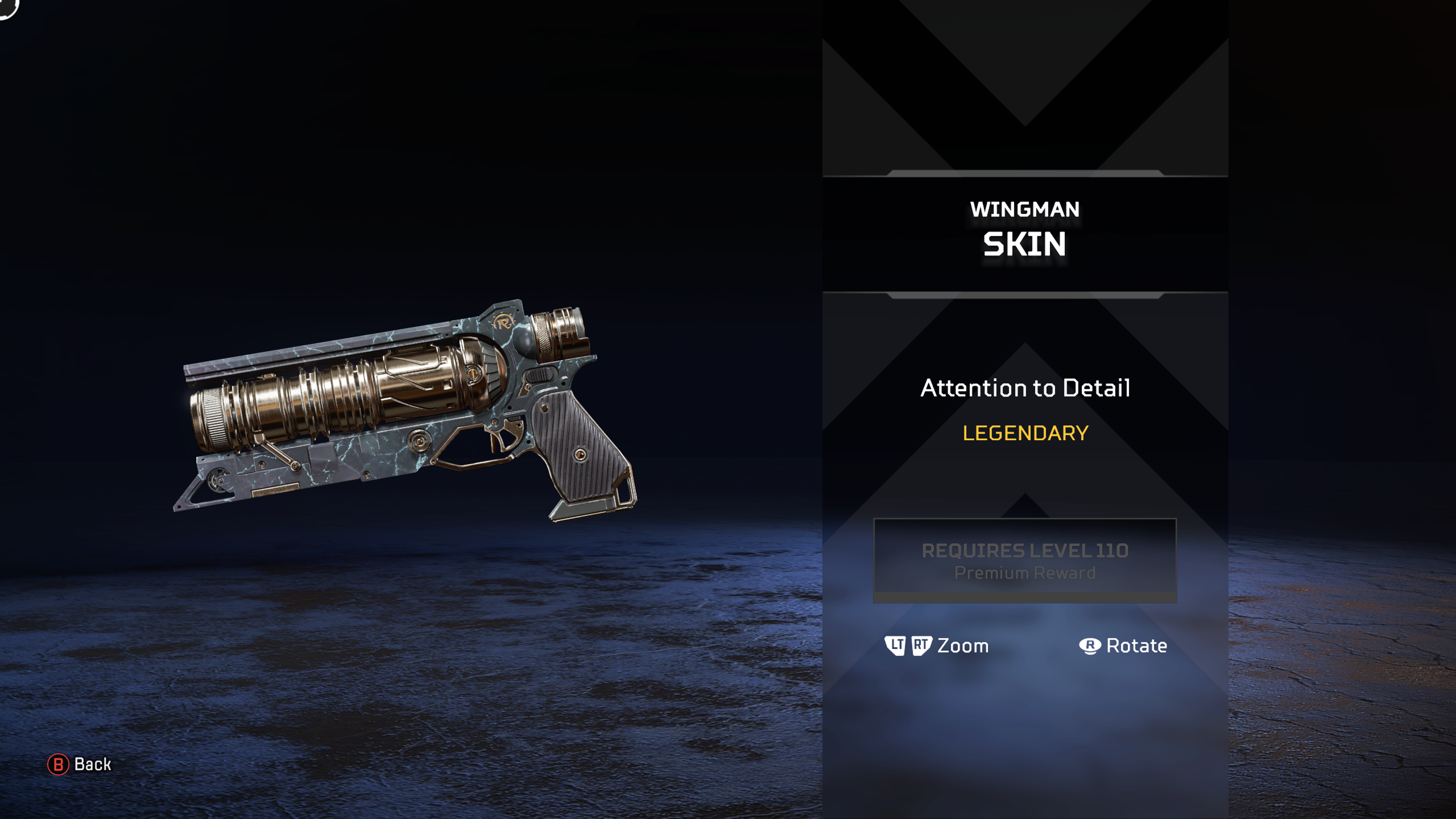 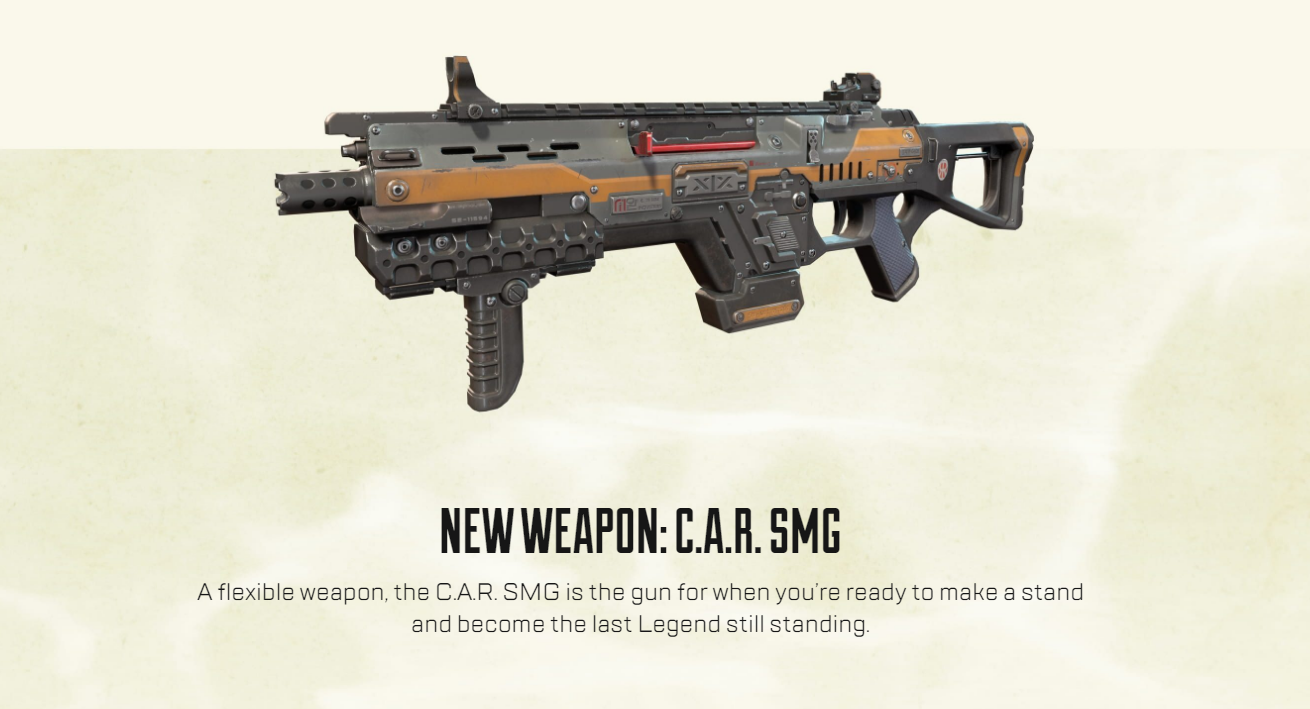 The Wingman and the C.A.R. are another two of the game’s most powerful guns at the moment. While the Wingman has always been favored by well-aiming players, the C.A.R. is a relatively new addition to the scene. Its high rate of fire, relatively low recoil, and ammo versatility place it slightly above the R-99 in terms of total power, though you could easily substitute the R-99 into this combination if that’s your preference.

While both of these guns are constrained to mid range at best, they’re extremely powerful in their respective ranges. They both have a fast time to kill, particularly if you equip a Boosted Loader on the Wingman. This pairing is great for final rings or last-squad-standing fights, as long range guns generally become less effective as a match progresses. Both guns reward precision, particularly the Wingman thanks its strong headshot potential. 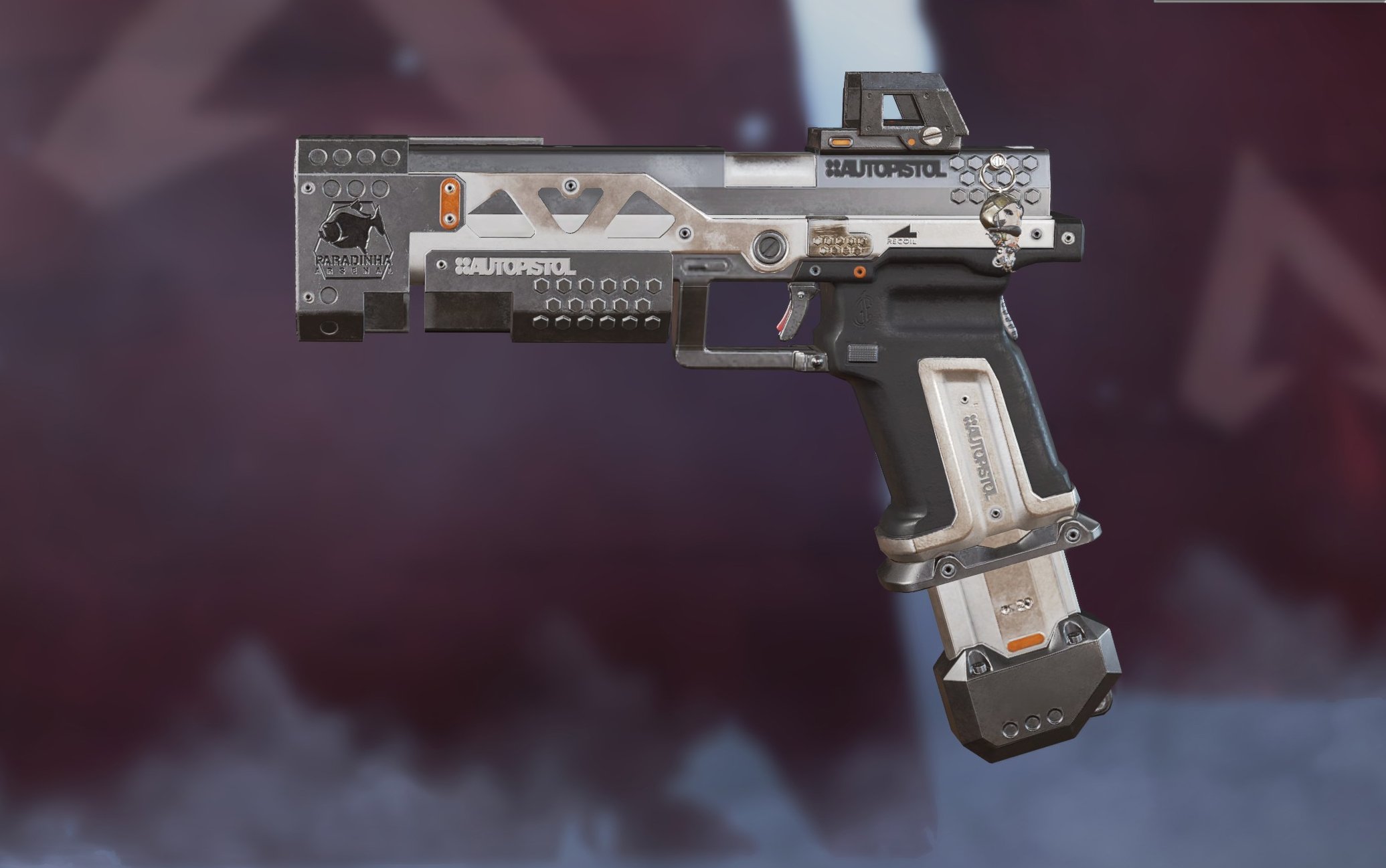 This is a bit of an unconventional combination, but it’s one of my personal favorites. If you’re looking to snipe in Apex, know that you’ll be at something of a disadvantage, as much of the game is designed around close-range fights. For that reason, it’s always good to carry a close-range sidearm with you in case you aren’t able to reposition quickly enough and get backed into a corner.

The Sentinel is obviously a good choice for long-range fights and picking away at enemies, especially when it’s charged. (The Deadeye’s Tempo hop-up doesn’t make that much of a difference.) The RE-45 is a great little gun that’s easy to find, has a fast rate of fire, and is easy to control. Both guns can double as mid-range weapons: add a 2-4x scope onto a Sentinel or a 2x scope on an RE-45, and you’ve dramatically increased the versatility of both weapons.

The Spitfire has been constrained to the care package for a couple of seasons now, but it’s worth picking up now more than ever. It’s dead simple to use, has a near-bottomless mag, and does a ton of damage per bullet. It works at pretty much any range other than extreme long, which is where the Charge Rifle comes in. While not the most powerful sniper on the market, the Charge Rifle is also easy to find and use.

This is an excellent loadout for players who aren’t as confident in their aim or are just learning the ropes. The Charge Rifle literally has no falloff, making it a great way to practice aiming at long range. For every other range, there’s the Spitfire, which has low recoil and is very forgiving thanks to its high damage per bullet. Even high-level players never pass up a Spitfire, which ought to prove how powerful it is. 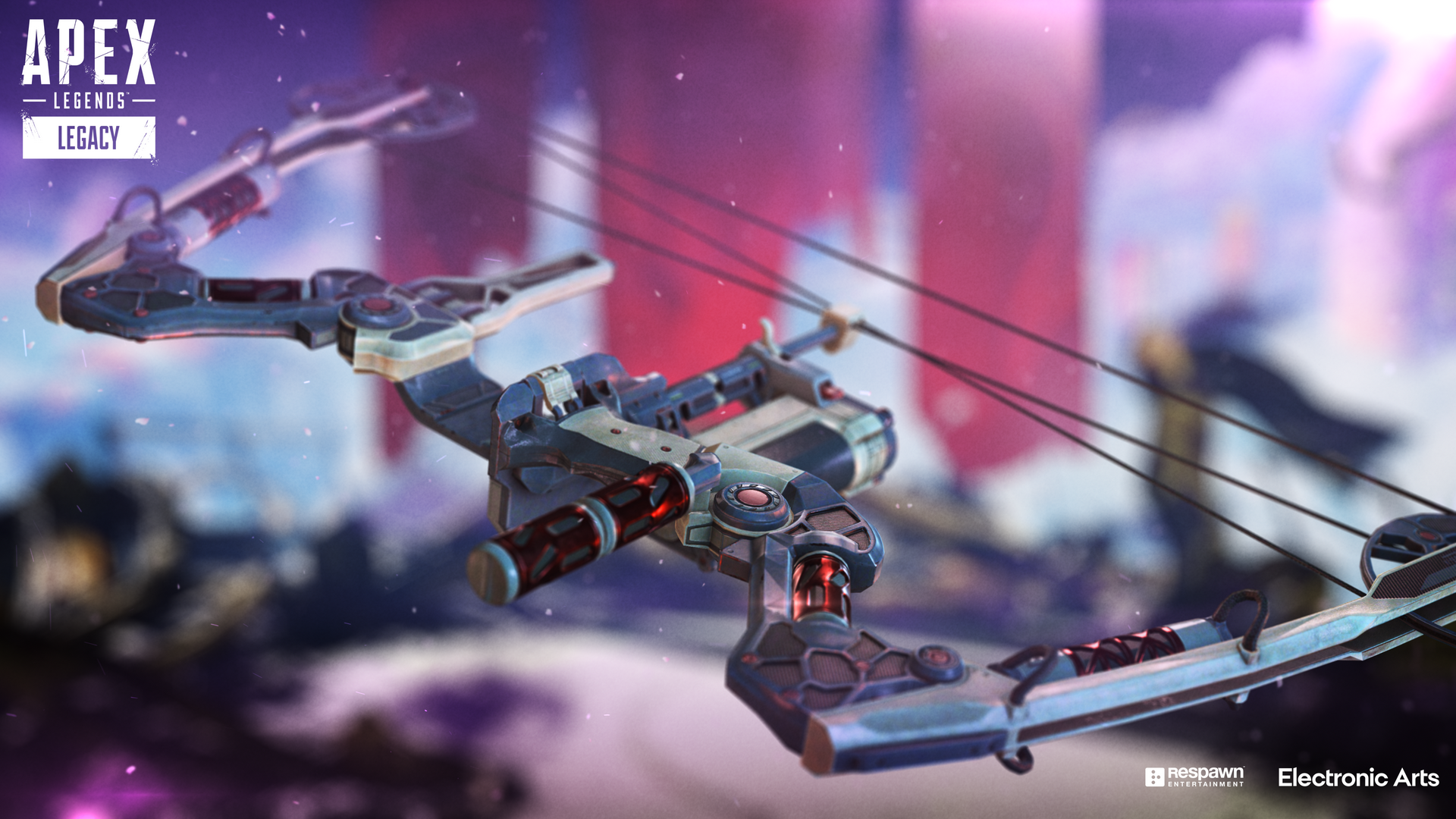 Even though the Prowler lost its Selectfire Receiver hop-up (and therefore its automatic fire potential) when it came out of the care package, it still shouldn’t be slept on. It’s a powerful short-range burst gun that can quickly tear through enemies. The Triple Take and the Bocek are both mid-range marksman weapons that fulfill a similar purpose, so either of them will work in this pairing.

Like the Wingman-C.A.R. pairing, the Prowler and either of these marksman weapons rewards precision. The Triple Take and the Bocek both have hop-ups that can increase their effectiveness, so your choice comes down to mostly personal preference. The Triple Take is easier to use and makes a great closer-mid range pair with the Prowler, while the Bocek can be used as a pseudo-sniper in many situations and is great for high headshot damage. Either way, both pairings are great for long duels and are versatile across ranges.

Though perfect loadouts exist, it doesnt mean you should pursue having one throughout a game of Apex. The best thing you can do is practice a wide variety of weapons, as it increases the chance you’ll be able to win those early-game fights where you only have access to one or two guns at most.

While using two of the same class or kind of gun isn’t necessarily a good idea for a variety of reasons, Apex is good in that even strange or unconventional loadouts can still win games.

Now go out there and hit some headshots, legends!