Make sure you always polish your grapple before stepping foot into the Apex Games, friends. It’s always important to look goodeven in a bloodsport like Apex Legends.

As one of the battle royale’s eight original characters, Pathfinder has received a number of skins since the games 2019 launch. Respawn Entertainment seemingly loves to dress Pathfinder up in different outfits and themes, having given the Forward Scout an incredibly diverse wardrobe thats bound to satisfy any Pathfinder main out there.

Here are the best Pathfinder skins in Apex. 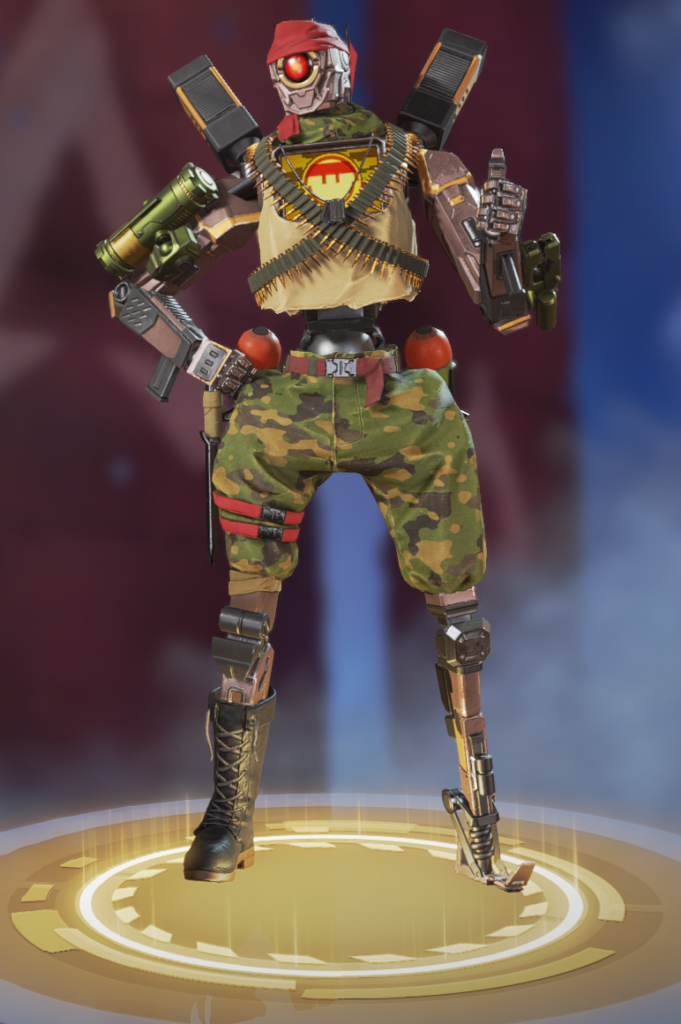 Pathfinder may have silly voice lines and a goofy personality, but he means business when he steps into the Apex Games. There’s no better Pathfinder skin to strike fear into your foes’ hearts than Full Metal Robot.

Full Metal Robot adds an element of guerilla warfare to the normally happy robot. In this skin, Pathfinder wears a red bandana, camouflage pants, and straps of bullets across his chest. He sports a combat boot on one foot, while the other lacks any form of footwear as if he lost his leg in combat. Dog tags hang from his neck, and the smiley face on his chest wears the same red bandana as he does.

This Legendary skin hit the store with the games Pathfinder Edition in May 2020. The bundle came with a matching Havoc skin, weapon charm, badge, and 1,000 Apex Coins. Although Respawn has since halted the sale of these legend editions, removing them from the store entirely, the developer has brought back individual skins from these bundles on occasion. If youre looking to add this skin to your collection, keep your eyes on the stores weekly rotation. 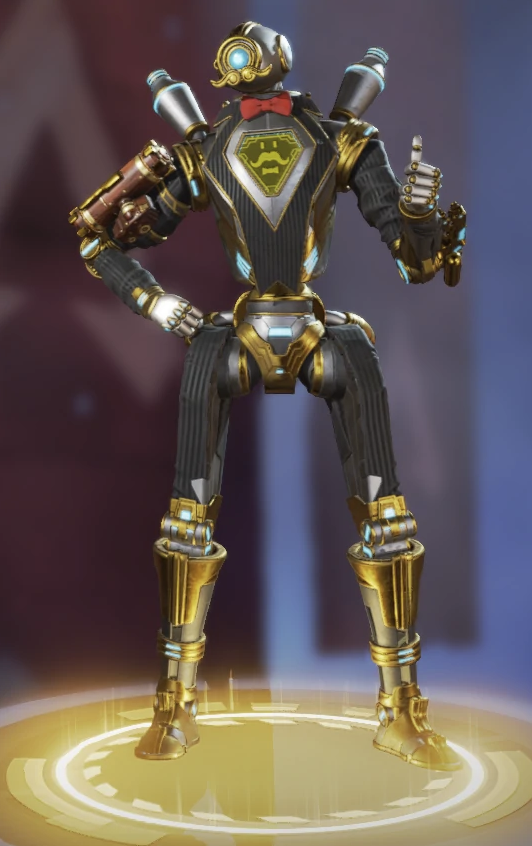 There are a ton of different lives Pathfinder has lived. From a waiter, to a weatherman, to a Rock Em Sock Em robot, Pathfinder triedand failed atmany occupations before venturing into the Apex Games. But with SRVN MRVN, Apex fans get a glimpse at what the Forward Scout would look like as a butler.

In this look, Pathfinder’s torso and limbs are draped in a pinstripe-patterned cloth, and he wears a red bowtie. Golden accents highlight his joints and legs, and the feedback screen on his chest displays a face with the same elegant mustache Pathfinder sports.

SRVN MRVN first became available for purchase with the Grand Soirée Arcade event in January 2020, but it has returned to the store on two other occasions. Respawn released a red and orange recolor of this skin with the 2021 Anniversary collection event. 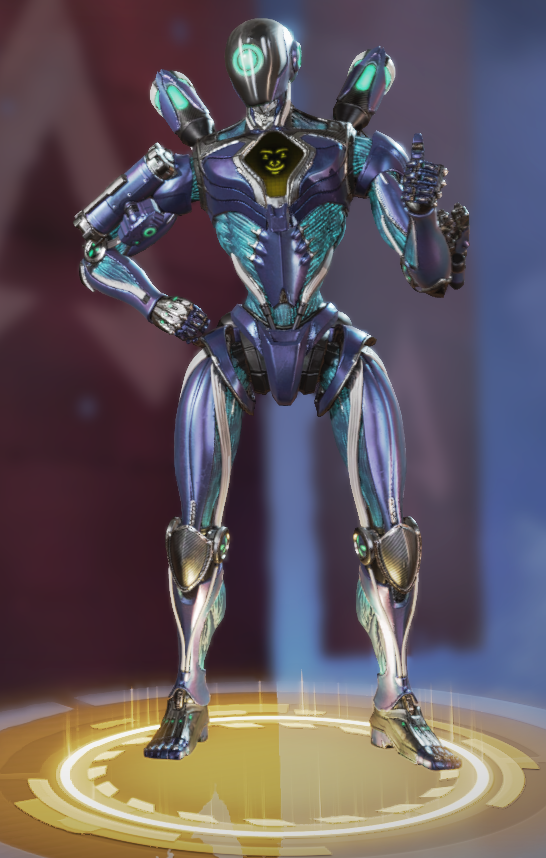 With purple and teal hues, this skin reimagines the Forward Scout as a futuristic android. Pathfinder is no longer a boxy MRVN in this look; Elegant Mechanics smooths out the edges of his design to slim him down, and it gives him human characteristics in the process. Pathfinder’s ribcage and legs feature fibrous tendon-like designs, and his feet resemble a humans, complete with visible toesfor better or for worse. 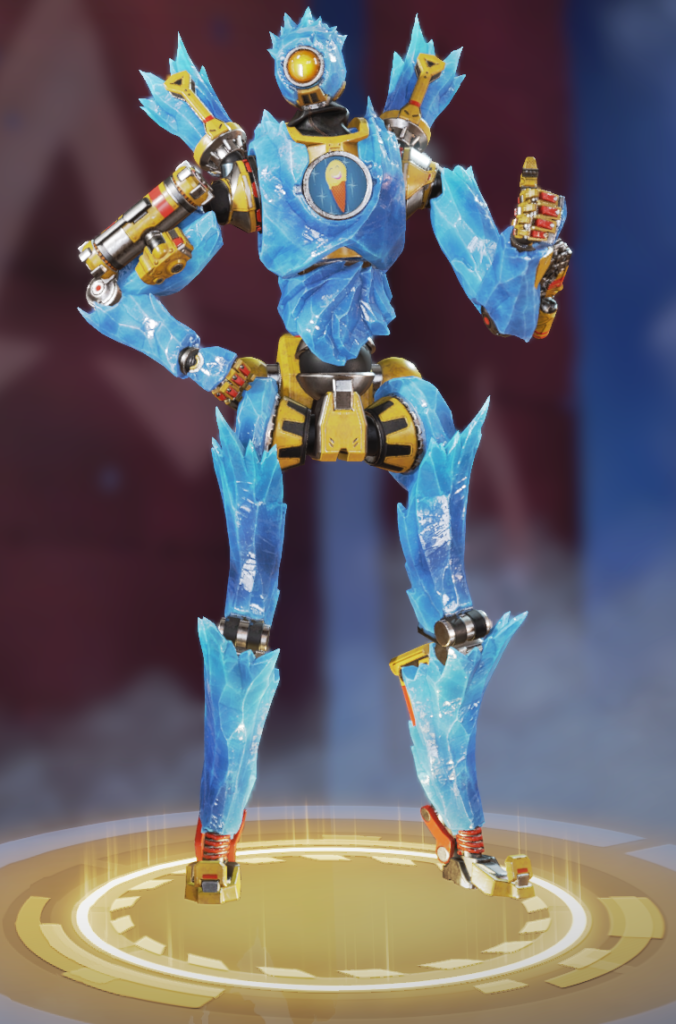 If youre wanting to beat the heat while in the Outlands, look no further than Pathfinders Iced Out skin. This Legendary skin isnt just cool, its icy.

Iced Out Pathfinder features a bright, icy blue design with yellow accents. Pathfinder’s metallic armor has been replaced with glossy ice that spikes up around his joints and shoulders, and he wears a small crown of ice atop his head. The screen on his chest displays a smiling ice cream cone as a finishing touch.

This skin could be unlocked by reaching level 25 in the season three battle pass. Because Respawn doesn’t return battle pass skins to the store very often, Iced Out is one of Pathfinder’s rarest skins to date. 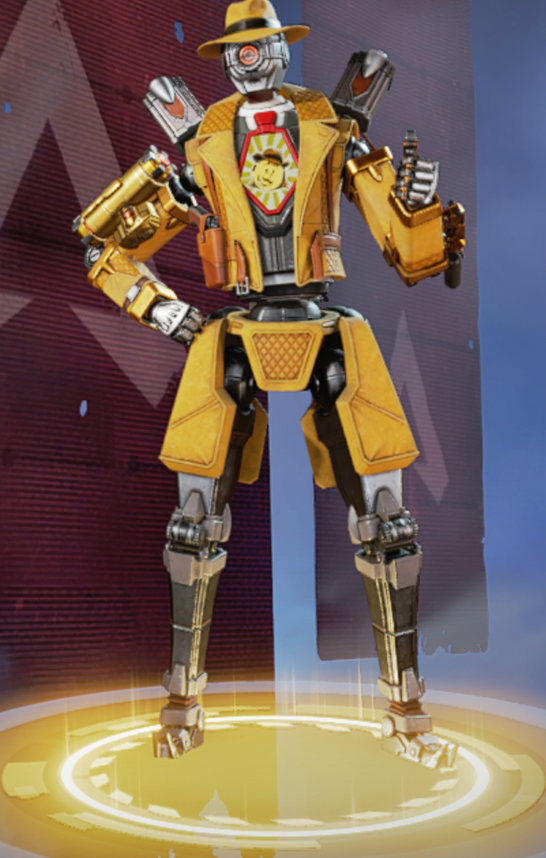 We saved the best for last.

Memoir Noir depicts what Pathfinder looked like before he landed himself in a dumpsterand eventually the Apex Games. Hes dressed in yellow trench coat-like armor plating and a matching fedora. While the outfit might seem like an odd choice for a bloodsport, it goes hand-in-hand with his Stories from the Outlands episode Fight Night, which shows fans how Pathfinder set off on the quest to find his creator and the path he took from working in a restaurant to abandoned in a dumpster.

This skin also changes Pathfinders load-in animation. When a player selects Pathfinder with this skin equipped, a rain animation and jazzy music play, and the recon legend shoots a Spectre before turning to the camera to tip his hat.

Related: Who is Newcastles voice actor in Apex Legends?

Memoir Noir is one of Pathfinders rarest outfits. It first appeared in the game with the Fight Night event in January 2021 but returned to the store during the End of Year sale in December that year.