The best Nikita AVT loadout in Call of Duty: Vanguard

Season three of Call of Duty: Vanguard added another assault rifle to the game’s arsenal with the quick-firing Nikita AVT.

The Nikita seems made for submachine gun fans who want to try out an assault rifle that has a similar playstyle. It offers strong mobility and the highest fire rate in the AR class to date in Vanguard, which makes it feel more like an SMG hybrid.

It remains to be seen where the Nikita will fit into the multiplayer meta, but for now, fans of SMGs and ARs alike have a new toy to play with depending on how they set up their attachments for the new gun in the Gunsmith.

Here’s the best set of attachments for the Nikita in Vanguard. 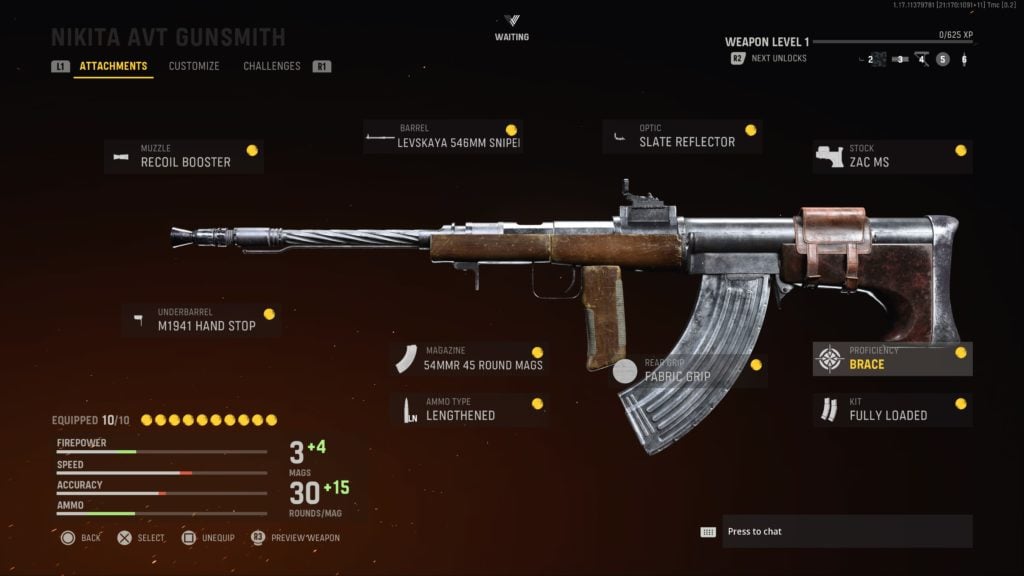 The Nikita’s fire rate is already the best in class, but buffing it with the Recoil Booster will make its DPS potential even higher. Doing this, however, will lower its effectiveness at range. It shines in close-range engagements, though.

Due to the fire rate being so high, it’s important to throw on the 45 Round Mags because otherwise, the Nikita will burn through its magazine so fast and so often that you’ll spend more time reloading than shooting.