The best M1916 loadout in Call of Duty: Vanguard

A full-auto marksman that packs a punch.

A new marksman rifle has joined Call of Duty: Vanguard’s roster of 1940s era weaponry in season three. The M1916 is available to unlock and use right now.

Fans of sniper-like marksman rifles should have some fun with the M1916, but it won’t outshine the M1 Garand or G-43 for those who like World War II’s slow-firing long-range cadence that the existing guns in the game have on offer.

The real fun with the M1916 begins once a specific barrel is unlocked, turning it from a slow-firing marksman rifle into a full-auto beast that, combined with certain other attachments, makes it a real multiplayer monster.

Here’s the most fun loadout for the M1916 in Vanguard.

The best M1916 loadout in Vanguard 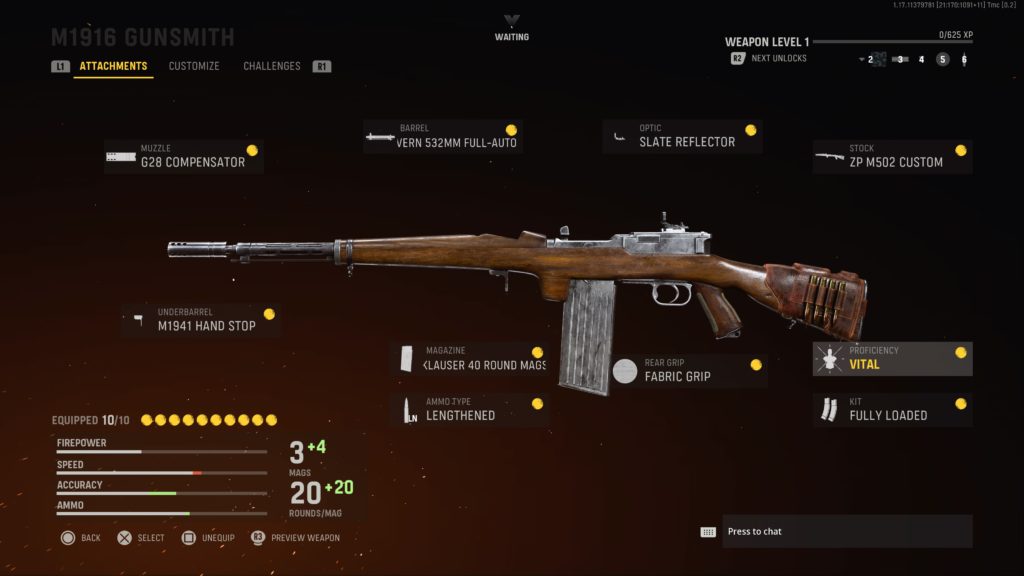 The Wyvern 532MM Full-Auto barrel is the game-changer here, obviously. It won’t matter how fast your trigger finger is anymore once you can hold down R2 and spray enemies down with a gun that operates like an AR but has the power of a marksman.

The 8mm Klauser 40 Round Mags attachment is the next necessity because 20 bullets just aren’t enough when gunning down a lane on Das Haus or Mayhem. The optic is interchangeable depending on preference, though, so be sure to use whatever is most comfortable.