Once you go curved, you'll never look back.

When curved gaming monitors were first introduced in 2014, most gamers thought they were just a marketing trick and would disappear in no time. They had scary price tags on them and were lacking in the response rate department compared to flat screens.

As technology advanced and the competition got more intense, though, curved monitors became better, stronger, and faster. It turned out that they were also helpful for reducing eye strain. Due to their curved nature, you can also have a wider field of view and see more of the display compared to a flat-screen monitor.

Curved monitors are usually larger than their flat counterparts, and just like them, they have specs that make them suitable for gaming. Weve gathered the best curved gaming monitors on the market to help you on your quest to find one. 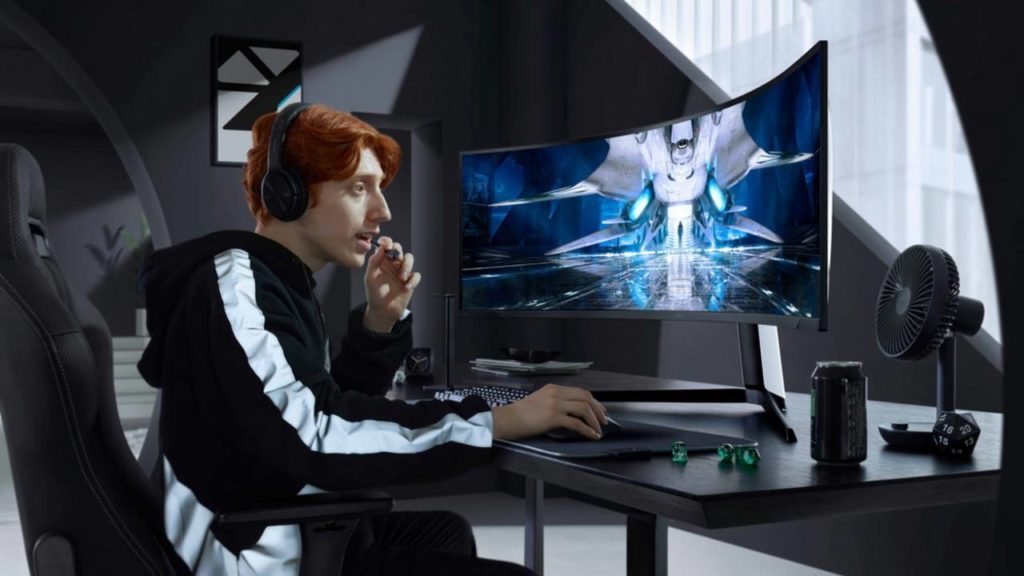 The curved architecture allows monitors to get wider while preserving their visual aesthetics. While a 49 flat screen can fly under the radar as TVs, they may feel off without the curve since PC gamers tend to sit closer to their screens.

Samsungs Odyssey Neo G9 takes the ultrawide game to another level with its 49 size. This wide monitor supports a resolution of 5120×1440 and a maximum refresh rate of 240Hz.

Monitors of this size often have troubles when it comes to maintaining a low input lag, but thats not the case for Samsung Odyssey Neo G9. The monitor averages a 2.9-millisecond input lag at its native resolution, according to RTings testings.

The 240Hz native refresh rate isnt the highest in the industry, but its still an impressive feature. Not only is this FreeSync-capable monitor a decent choice for gamers who value a large screen real estate, it also excels in multi-tasking. Purchasing a Samsung Odyssey Neo G9 will be the equivalent of buying two 27 1440p screens, and youll also be working with less cables. 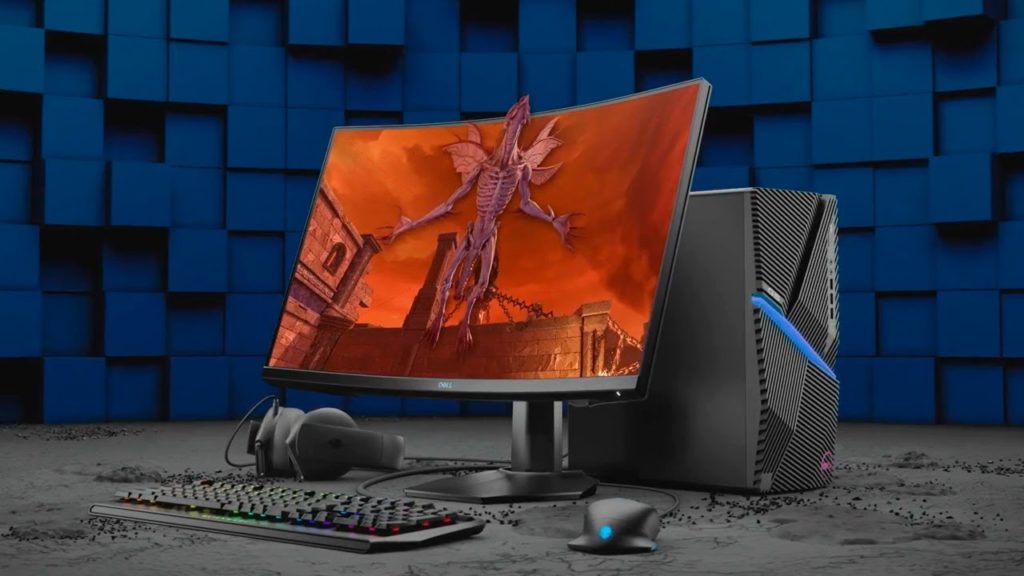 Curved monitors tend to be more expensive than their flat counterparts. This is mainly due to their different designs and the increased resolution bundled with their size. If youd like to step into the world of curved gaming, but to remain on the lower end of the price spectrum, youll at least need to tone down your monitors resolution.

Dell S2721HGF is a curved entry-level 1080p monitor and comes with a maximum refresh rate of 144Hz with an option to turn on Adaptive Sync. When it comes to input lag, Dell S2721HGF lags behind competitive gaming monitors with a score of 4.1 milliseconds, according to RTings testings. If youre a casual gamer, on the other hand, then youll have nothing to worry about since 4.1 milliseconds is still quite a low value, but competitive gamers can find monitors with lower input to make sure theyre playing under the most optimal conditions. 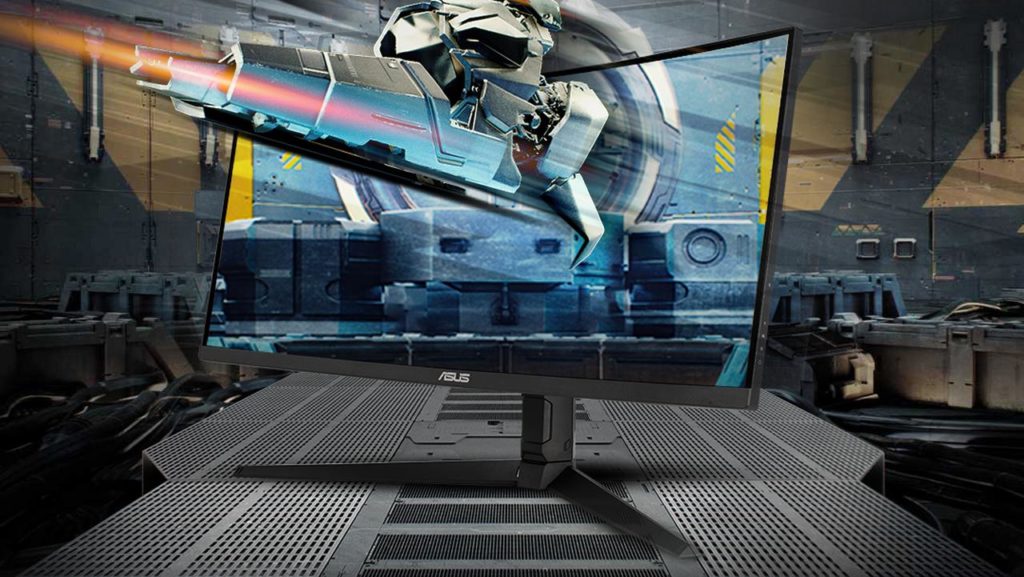 The ASUS TUF Gaming VG34VQL1B boasts an impressive 165Hz refresh rate and an input lag of 3.8 milliseconds. The 34 screen has a resolution of 3440×1440 and comes with FreeSync. Ultrawide monitors at this price range often deliver a subpar experience when it comes to HDR gaming, but TUF VG34VQL1B goes against the narrative in that department. The monitor can deliver a decent HDR experience with deep blacks does an excellent job of combatting glare. 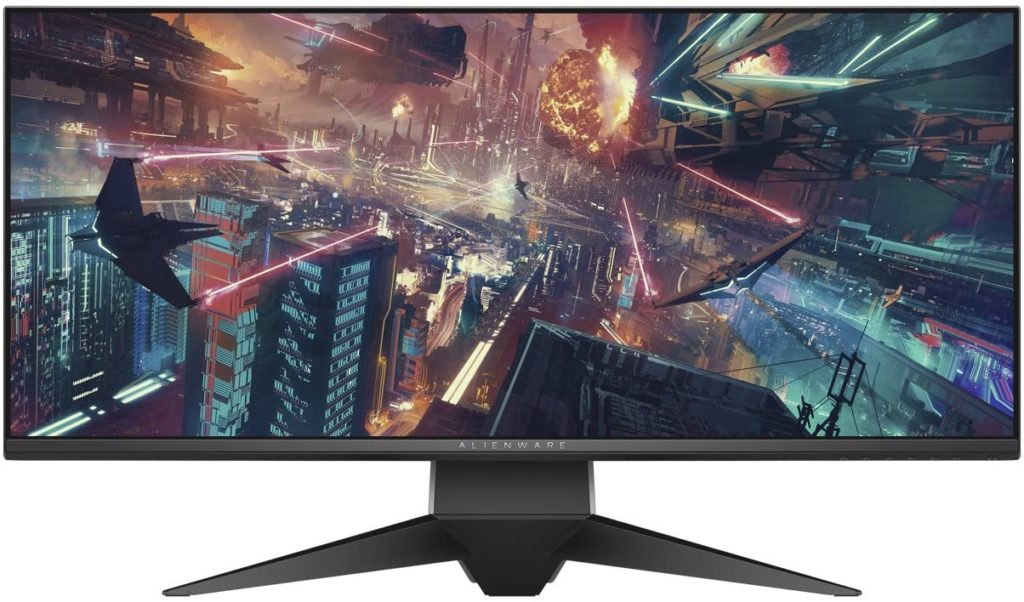 If you’re a competitive gamer, its 10.8-millisecond response time may not satisfy you. But it should be more than fine if you prefer keeping things more casual since it also supports G-Sync. Its 100 Hz refresh rate can also be overclocked to 120 Hz, but remember that it also means reducing its lifespan by a small margin.

The monitor doesnt have HDR support, however, and its brightness may be underwhelming if you have a window behind you on a sunny day. 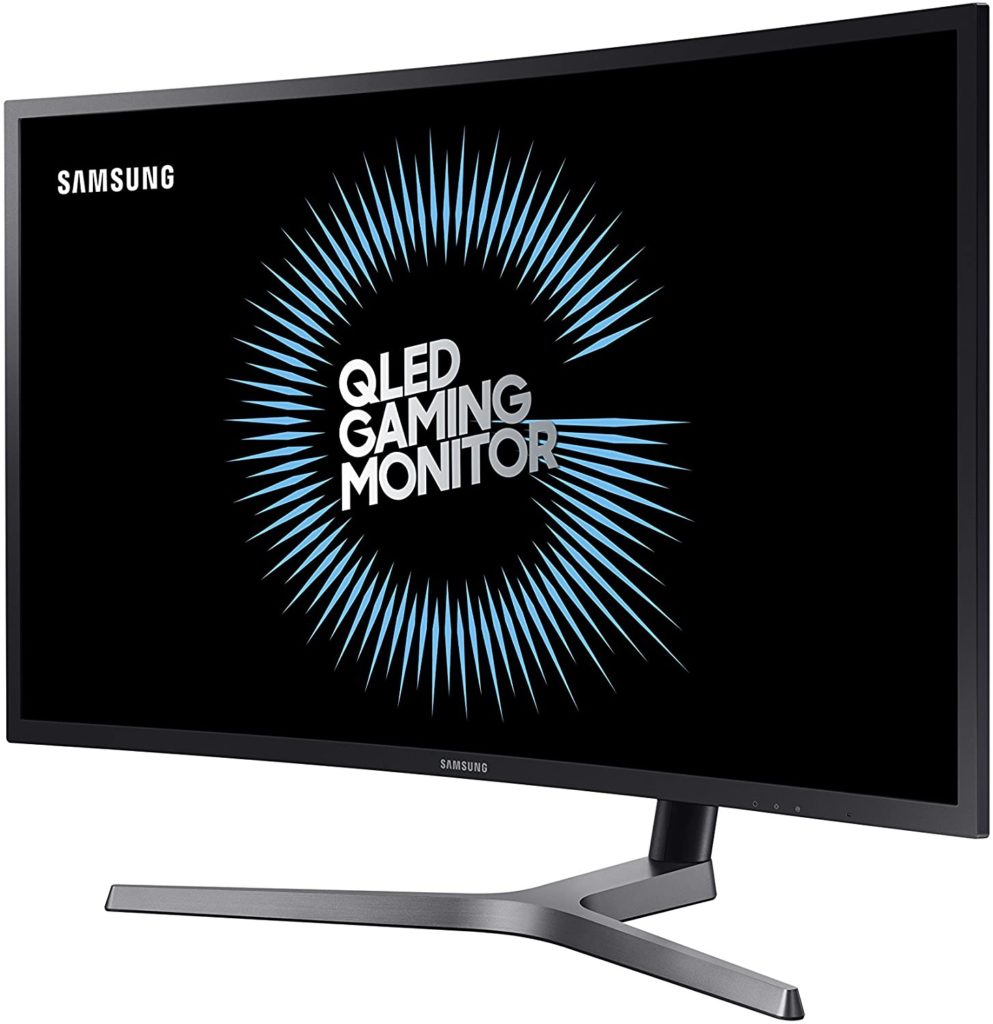 When it comes to monitors and TVs, Samsung has quite a reputation. It’s been trying hard to tailor its products with gamers in mind.

The monitor also supports FreeSync. Overall, its high contrast ensures a great image quality alongside its broad color gamut. If you enjoy playing local co-op games, the image quality suffers a bit once the monitor is viewed from side angles. 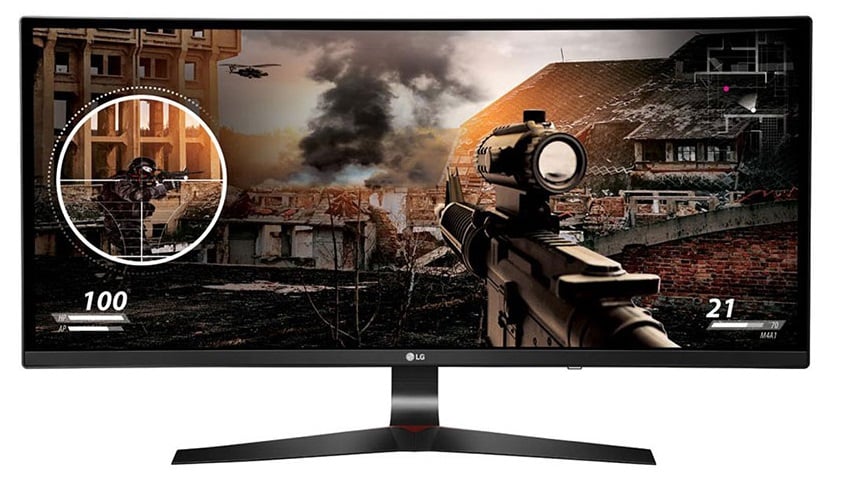 LG is also one of the titans of the screen market. It continues to improve both in terms of design and performance every year.

The 34UC79G-B supports FreeSync and has a refresh rate of 144 Hz. Combined with its 4.1-millisecond response time, the monitor can be a good choice for competitive gamers. The 34-inch monitor has a 2560×1080 resolution, but it doesnt have HDR support.

It also manages to preserve the image quality within a wide viewing angle. The brightness levels may leave you wanting more if you play in a bright environment, however. 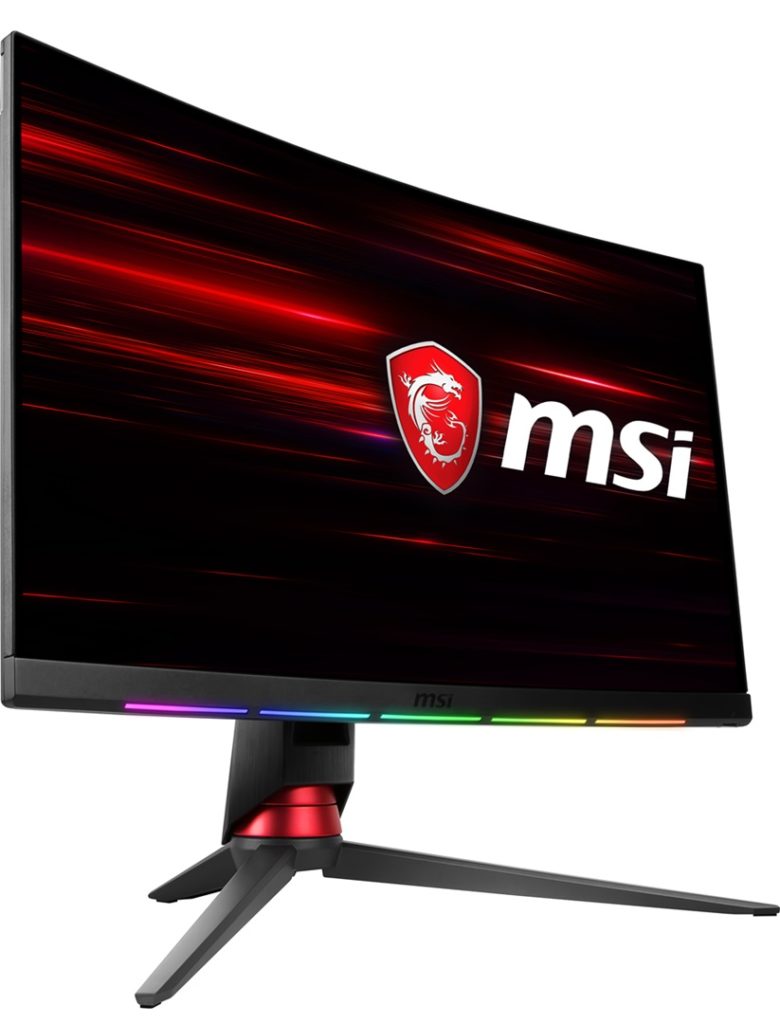 If you’re involved in competitive gaming in the slightest, the name MSI may be familiar to you.

The Optix MPG27CQ has a VA panel and is FreeSync compatible. The 27-inch monitor doesnt support HDR but rocks a solid 4.3-millisecond response time. Combined with its 144 Hz refresh rate, Optix is a great choice for gaming. It can also change the vibe of your room at night with its RGB lights.

If you also enjoy gaming while laying down, the image quality suffers once it’s viewed from side angles due to its size and VA panel. 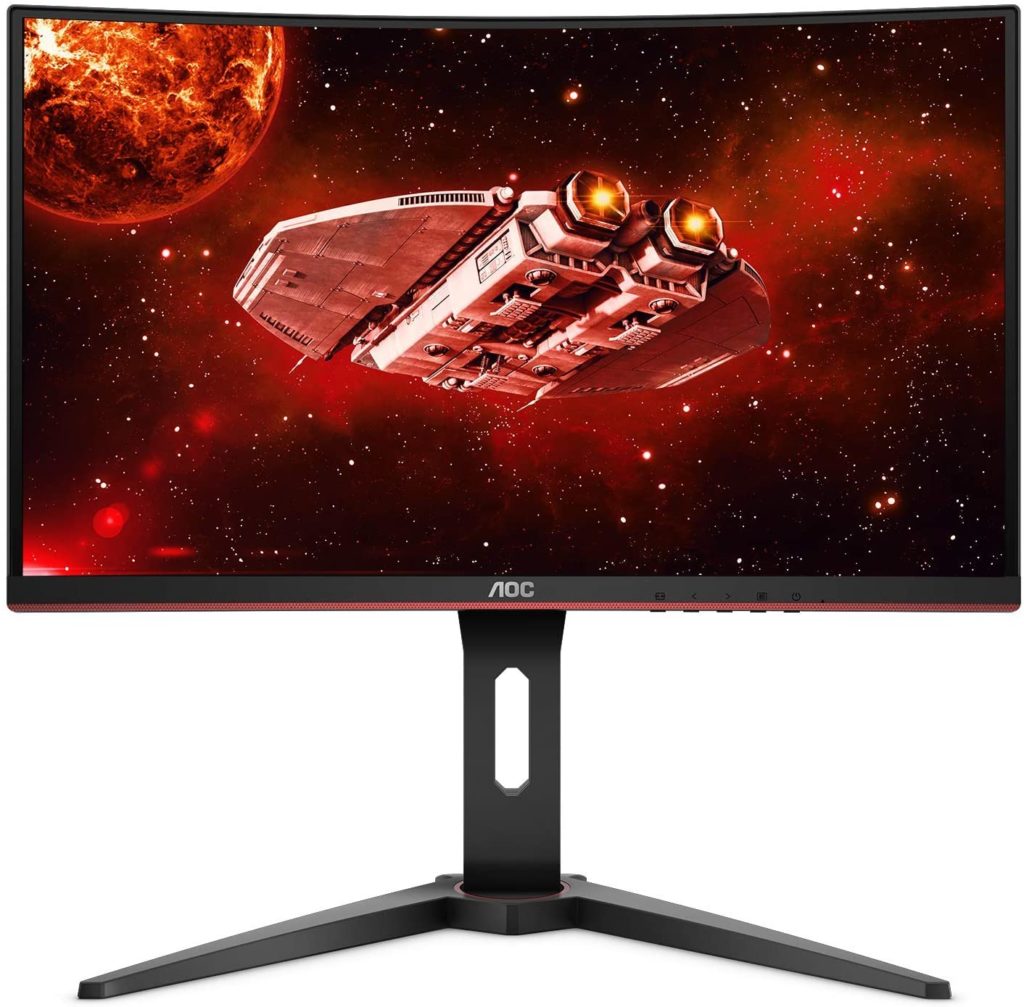 The CQ27G1 has a VA panel and supports FreeSync. It boasts a 4.2-millisecond response time at its maximum resolution of 2560×1440. Its 144 Hz refresh rate should also be enough to give you a smooth experience if you have the specs to take advantage of it.

Its color accuracy is also great and needs almost no tuning. The monitor offers a strong viewing experience thanks to its decent contrast ratio.

It comes in two sizes: 27 and 32 inches. Due to its VA panel, it also suffers in preserving the image quality from different angles, so opting for the bigger version could be beneficial. 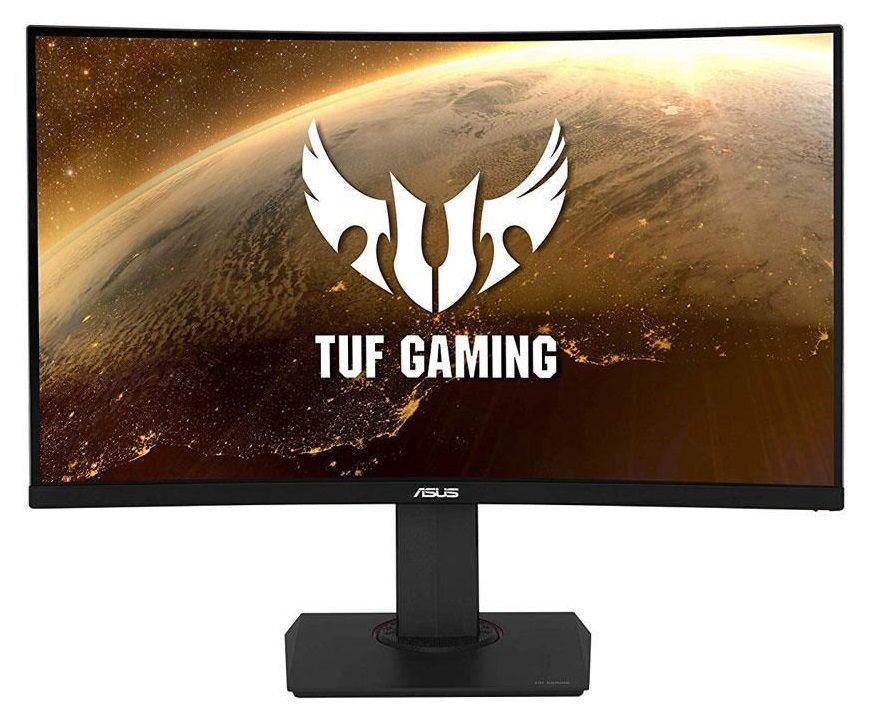 ASUS is one of the brands that takes gaming seriously. It’s been making products dedicated to gamers since the beginning of the 2010s.

The TUF VG32VQ has a VA panel and struggles to preserve its image quality at certain angles due to that. But it makes up for it with its response time of 4.8 milliseconds and a 144 Hz refresh rate. Its 2560×1440 resolution, accompanied by its deep blacks, ensures a nice viewing experience in dim environments.

The 32-inch monitor also handles glares well and has a decent color gamut. 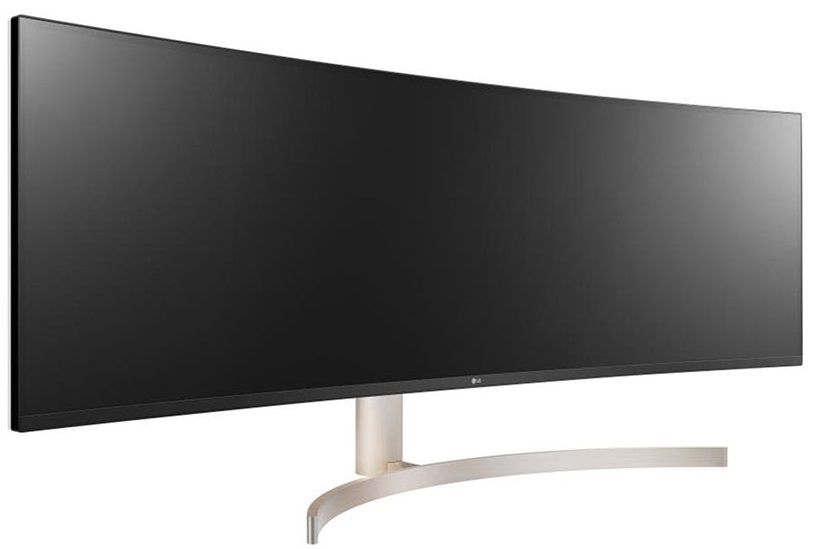 If your ultimate goal is to create a 360-degree viewing environment, then going with a 49-inch display could help you achieve your goal.

The 49WL95C-W is an ultra-wide monitor that comes with a whopping 5120×1440 resolution. Although it may not be a competitive gamer’s go-to choice with its 10.4-millisecond response time and 60 Hz refresh rate, it’s a great pick for productivity and for games that support wide resolutions.

The monitor also supports HDR, but its brightness suffers once HDR is activated. 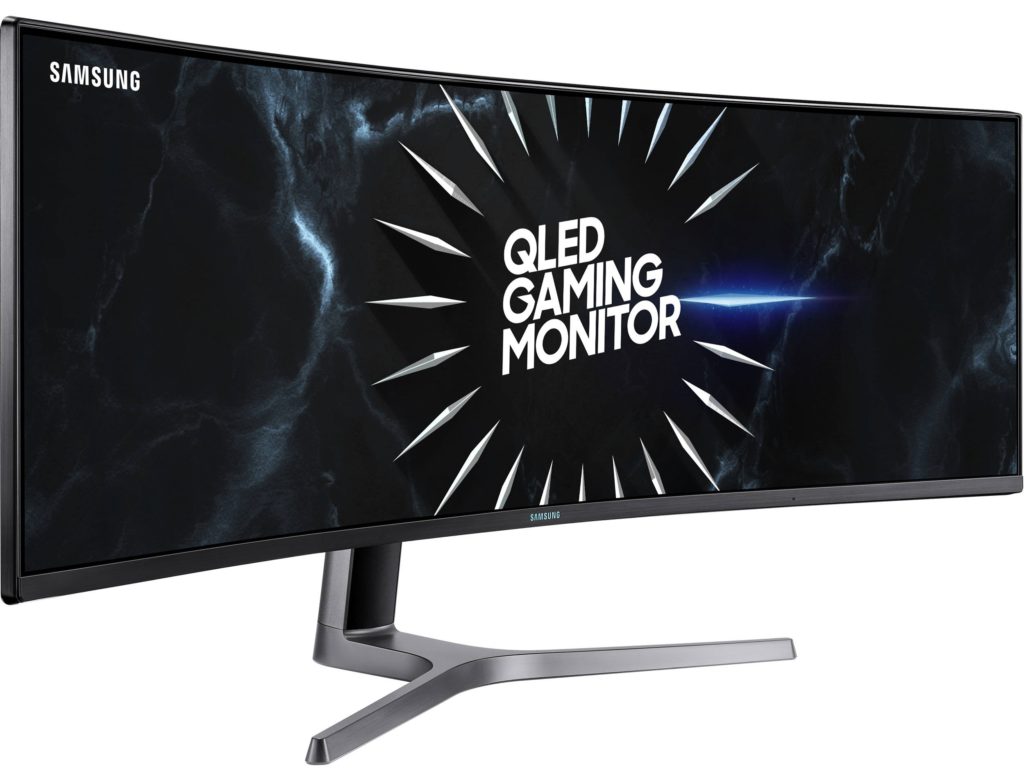 Most 49-inch displays suffer when it comes to keeping their refresh rates up. Samsungs C49RG9 is the first of its kind to solve nearly all the issues that plagued ultra-wide monitors.

The C49RG9 has an impressive 4.9-millisecond response time and a native refresh rate of 120 Hz. With these specs alone, it’s a perfect choice for gaming. It also supports.

This gigantic monitor also supports FreeSync and HDR, allowing it to provide a great image quality overall. It struggles to keep its image quality up when viewed from the sides. 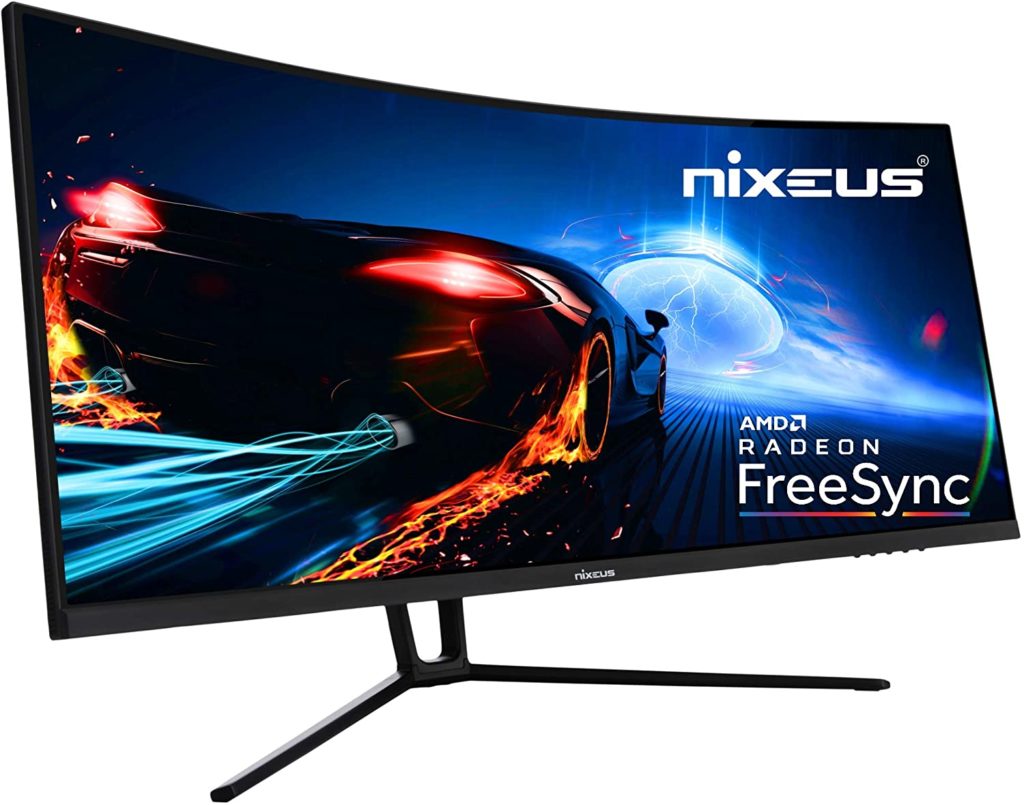 Nixeus is an American brand that was established in 2009. The company mostly focuses on gaming products and could be considered the dark horse of the industry.

As its name suggests, the EDG 34 is a 34-inch monitor that has a VA panel. It has a resolution of 3440×1440 and also supports FreeSync. Its 4.3-millisecond response time and 144 Hz refresh rate makes it a great choice for gaming.

Its broad color gamut and decent gray uniformity assure a great viewing experience. It also supports HDR but suffers in image quality once viewed from side angles.

While these monitors are the current best representatives of curved gaming screens, their time under the spotlight can be shorter than expected. Alienware recently showcased its quantum-dot OLED technology at CES 2022. The quantum dot layer will allow the monitors to work with a wider color coverage than traditional OLED screens, while also achieving a higher peak brightness.

At the time of writing this article, the Alienware AW3423DW Ultrawide Quantum Dot OLED Monitor will be the pioneer of this new technology, and the chances are most manufacturers will start adapting to this new trend at a later date. Samsung are also set to release monitors with QD-OLED panels, although a release date and pricing is yet to be announced.

When new solutions and technologies emerge into the gaming world, manufacturers often ask for a premium price which is often the cost of being an early adopter. Though it isnt clear when other manufacturers would also come up with their own versions of this tech, the prices are likely to become more competitive, allowing the late majority to acquire this new piece of tech at a more affordable price.

Latest comments
No comments yet
Why not be the first to comment?
Featured news
Alienware9 days ago

The best laptop brands for gaming