The 5 best surge protectors for gaming PCs in 2021

Nothing is more fun than suffering a power outage during a heated online battle, nothing except when the outage causes a surge, fries an expensive gaming rig, and ruins an entire month of gaming versus one night. The easiest way to prevent this scenario is with a simple surge protector.

The most important part of a surge protector is its protection. Surge protectors are rated in joules. This rating dictates how strong of an electrical surge it can take but is a cumulative rating. So, if a surge protector is rated for 1,000 joules, it can take one 1,000-joule surge or 10 100-joule surges. Its recommended to have a rating between 1,000 and 2,000 joules. While some people may feel the need to have more protection, others may feel that isnt necessary for their setup.

The next thing to keep an eye on is the warranty. Several factors go into a surge protector warranty. The first is the warranty length. Some warranties go well above two years, but most are between 18 months and two years. The other is price protection. Some surge protectors offer a warranty on the electronics up to a set price point if you can prove the protector caused the damage. Purchasing the longest, highest-cost warranty does nothing if it isnt registered, though.

Other factors are more about preferences. Additional features like the number of AC outlets, USB ports, power cable length, and power, surge, or grounding LED indicators can also add value for some users. Some surge protectors are even controlled remotely.

Here are the best surge protectors for gaming PCs in 2021. 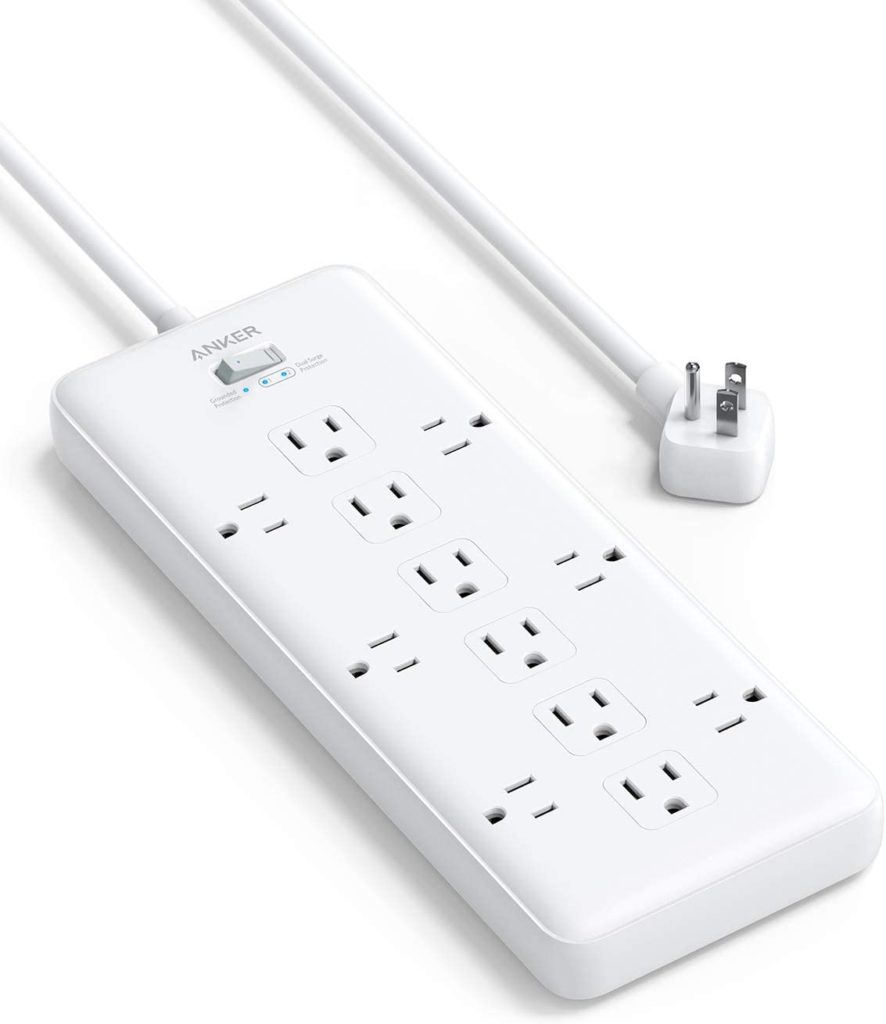 Image by Anker via Amazon

This surge protector works as not one but two separate surge protectors with 4,000-joule ratings. While it cant withstand a theoretical 8,000-joule surge, it can take two 4,000 joule surges, but most surges arent over 1,000 joules. This means less time replacing surge projectors and more time gaming. Its got LEDs to tell if its correctly grounded as well as if either of the dual surge protectors is out.

It also comes with a decent warranty, which is highly recommended to have for any surge protector. 18 months can feel a little shy for the recommended two-year replacement, though. Users in areas with a lot of electrical storms may need to replace more often. 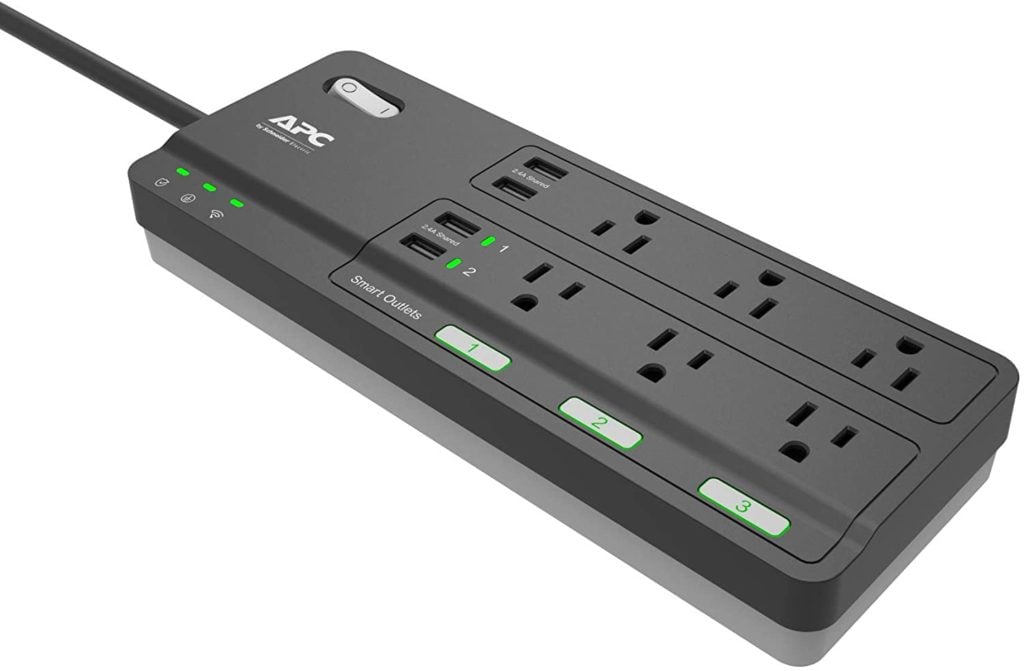 Image by APC via Amazon

For those who want a remote set up, this surge protector has three AC outlets and two USB ports that are controlled individually by Amazon Echo or the APC home app. Theres no need for a control hub, and it just needs a Wi-Fi connection to be programmed. The APC smart plug is made to remotely control a PC, lighting, fans, or any other desk electronics.

It also has a second pair of three AC outlets and two USB ports that are always on for any other needs. These are perfect for phone chargers or office fans that should always be left on. Rated at 2,160 joules, there is little worry about any surge resulting from storms. 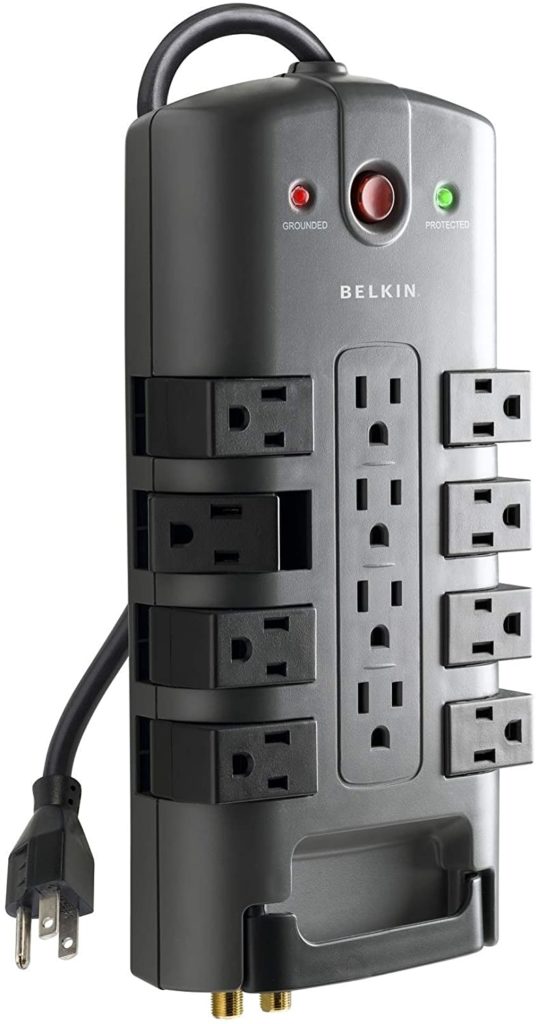 Image by Belkin via Amazon

Its easily mounted to a wall, and from there, it can rotate the outlets as needed. While it doesnt come with a USB charger, it does come with a mounting station, allowing it to be placed behind a desk and off the floor. 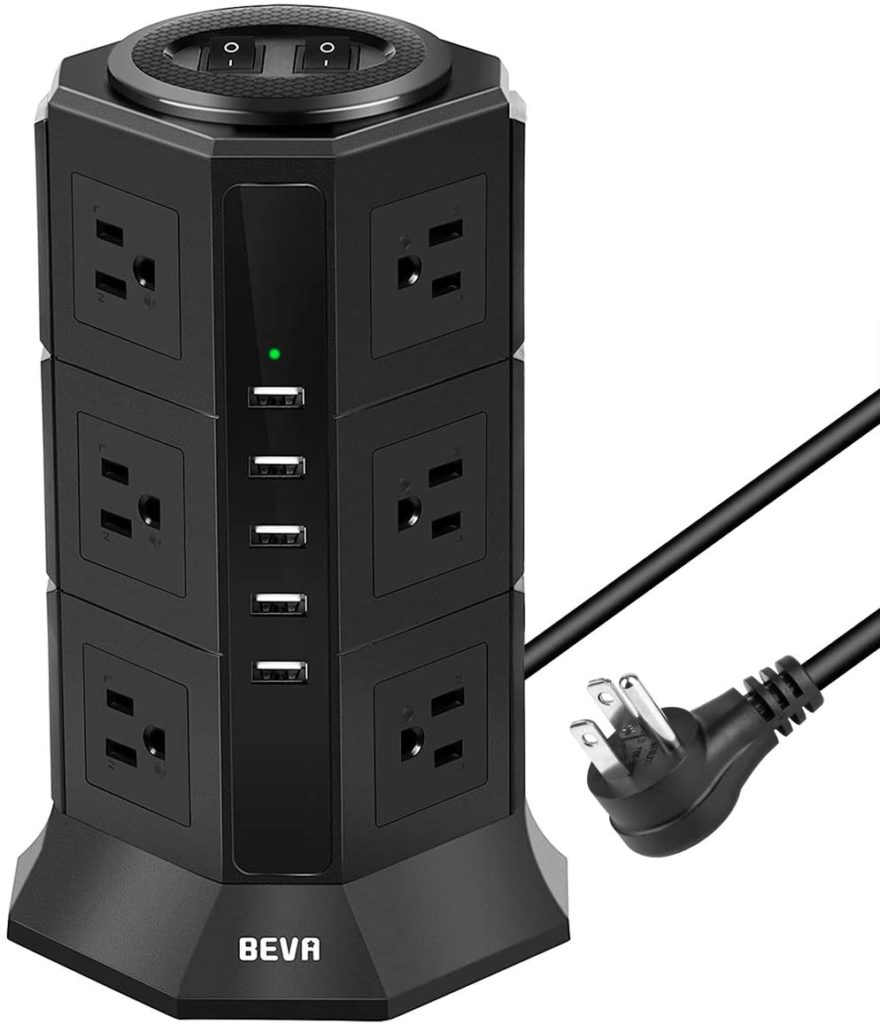 Image by DoubleYI via Amazon

When low on space, it may be best to get a vertical standing surge protector. This DoubleYI model is ideal for on top of a desk or underneath a cramped workspace. Rated at only 1,050 joules, this provides enough protection for most modest gaming setups.

With 12 AC outlets and five USB ports, this little tower can really pack a punch. It has a 6-foot power cable and comes with two power switches: one for USB ports and the second for the AC outlets, so it can power on what’s needed, when needed.

For those on a budget who could use a cheap surge protector, this AmazonBasics surge protector is the best for its price. It features12 outlets, four of which are spaced on the outside of the powerstrip for any larger plugs. With a 4,320-joule rating, this surge protector should withstand several storms.

The AmazonBasics 12-Outlet Power Strip Surge Protector is light on price and a little light on additional features. Coming with the choice of either an 8-foot or 10-foot cable, it can reach further than more expensive surge protectors. It comes with a single reset button and no USB ports, but for the price of 12 outlets, its simplicity cant be beaten.

The post The 5 best surge protectors for gaming PCs in 2021 appeared first on Dot Esports.

Latest comments
No comments yet
Why not be the first to comment?
Featured news
Hardware12 hours ago