Macro pads resemble miniature keyboards and supplement a regular keyboards functionality by offering more customization options. As their name suggests, macro pads allow users to map the keys to specific functions or a sequence of keys. Doing this creates shortcuts for certain functions and can increase users efficiency and productivity.

These devices come in many shapes, sizes, and budgets. Some only have a handful of programmable keys, while others rival full-size keyboards in functionality. Many macro pads come with mechanical switches to give users the best typing experience possible.

Gaming keypads are a type of macro pad optimized for users wanting the edge when they play. While having the usual programmable buttons, gaming keypads also have advanced features, like RGB lighting, pressure-sensitive keys, and built-in analog sticks. 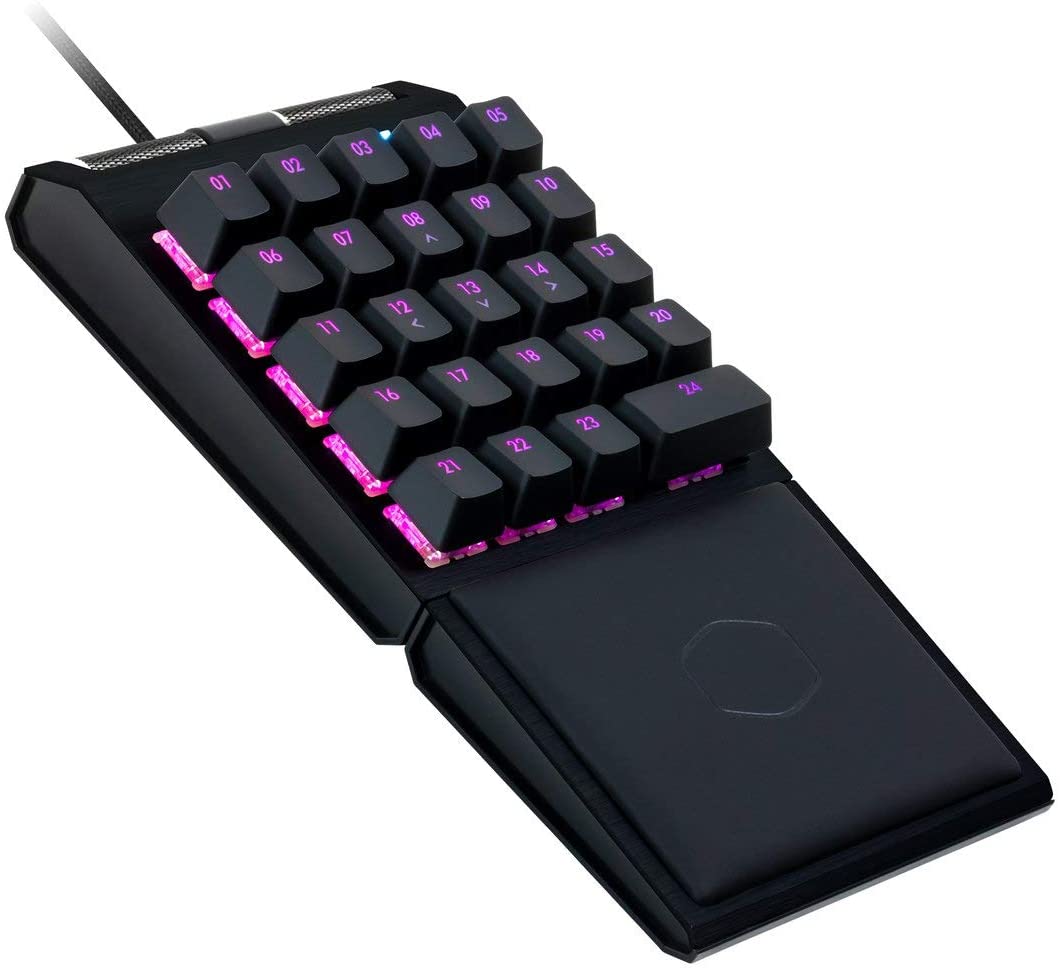 Cooler Masters ControlPad looks like a traditional macro pad, but its also optimized for gaming. It gives users the best of both worlds with 24 programmable buttons and two scroll-wheels in a subtly designed package.

Despite its humble looks, the ControlPad features innovative technology to make it stand out. Cooler Master includes its Aimpad technology to give each key two actuation points. Users can configure one function to a half-press and another function to a full-press with the pressure-sensitive keys.

Solid build quality is another strong point of the ControlPad. It has a brushed aluminum frame with a detachable padded wrist rest. The ABS keycaps are marked with numbers going up to 24 and feature per-key RGB lighting. Users can choose between Cherry MX or Gateron Red linear switches for a better typing experience.

While the ControlPad is designed primarily as a gaming device, its just at home in an office environment. Aimpad technology is perfect for gaming because multiple actions, like healing and charging shields, can be mapped to a single key. The ControlPad can fit into a workplace and provide extended functionality for users, thanks to its conservative design. 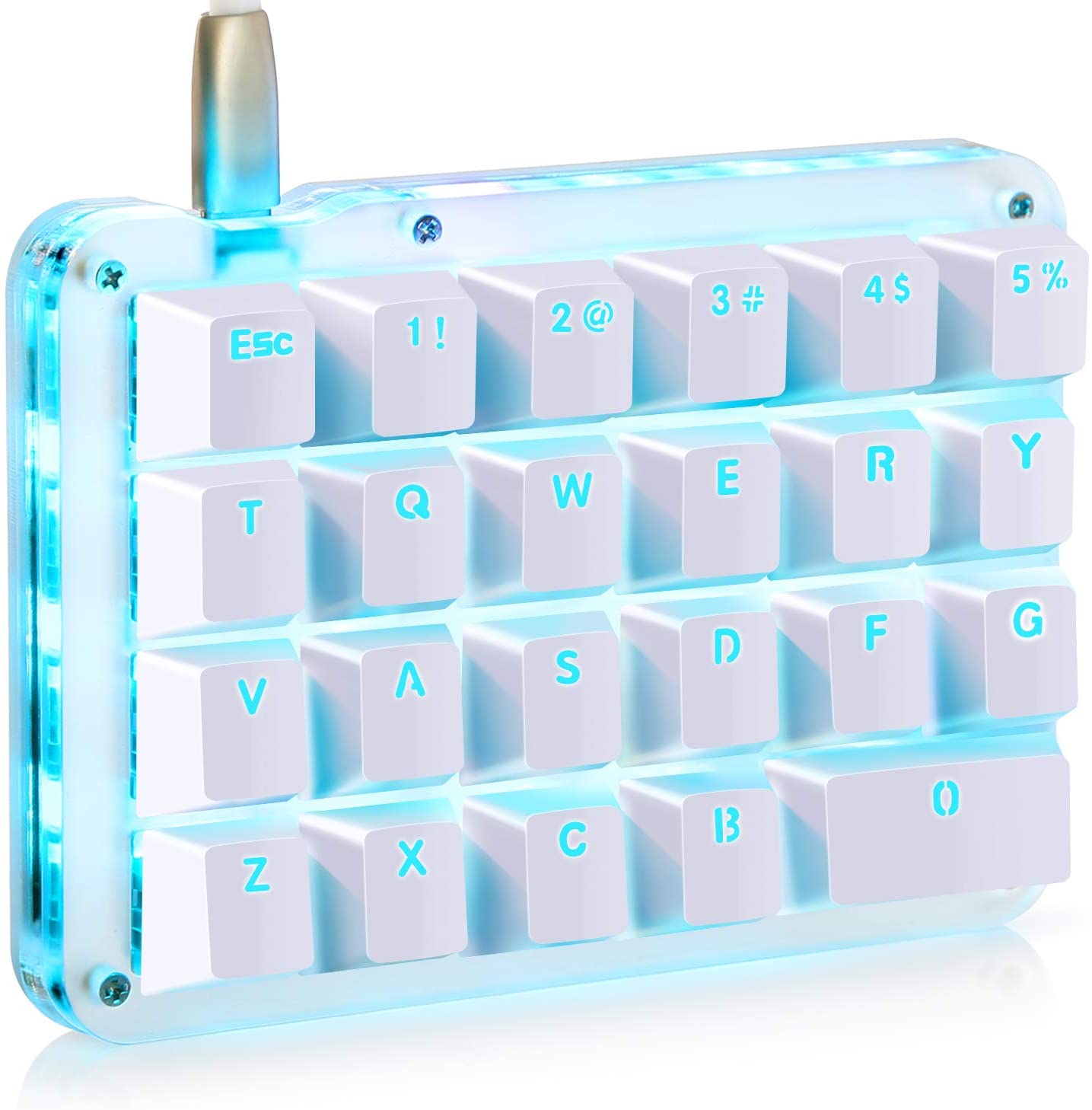 Koolertrons One-Handed Macro Mechanical Keyboard is a traditional macro pad with a grid layout. It comes with 23 keys with letters and an extra 23 black keycaps. Despite its simple layout, the Koolerton keyboard allows up to four custom layers. This means the keyboard can have up to four different sets of key bindings with an additional function key to switch between them.

The Koolertron keyboard is compact, making it ideal for desks with limited space. It measures 5.0 by 3.5 by 1.2 inches (122 by 88 by 30 millimeters) and has a detachable USB-C cable. The detachable USB-C cable makes the macro pad easier to transport, and users can easily replace it if it gets damaged.

This macro pad is a jack of all trades and works equally well with gaming and office work. It doesnt have advanced features like the Tartarus Pro and ControlPad, but it gets the job done and costs far less. 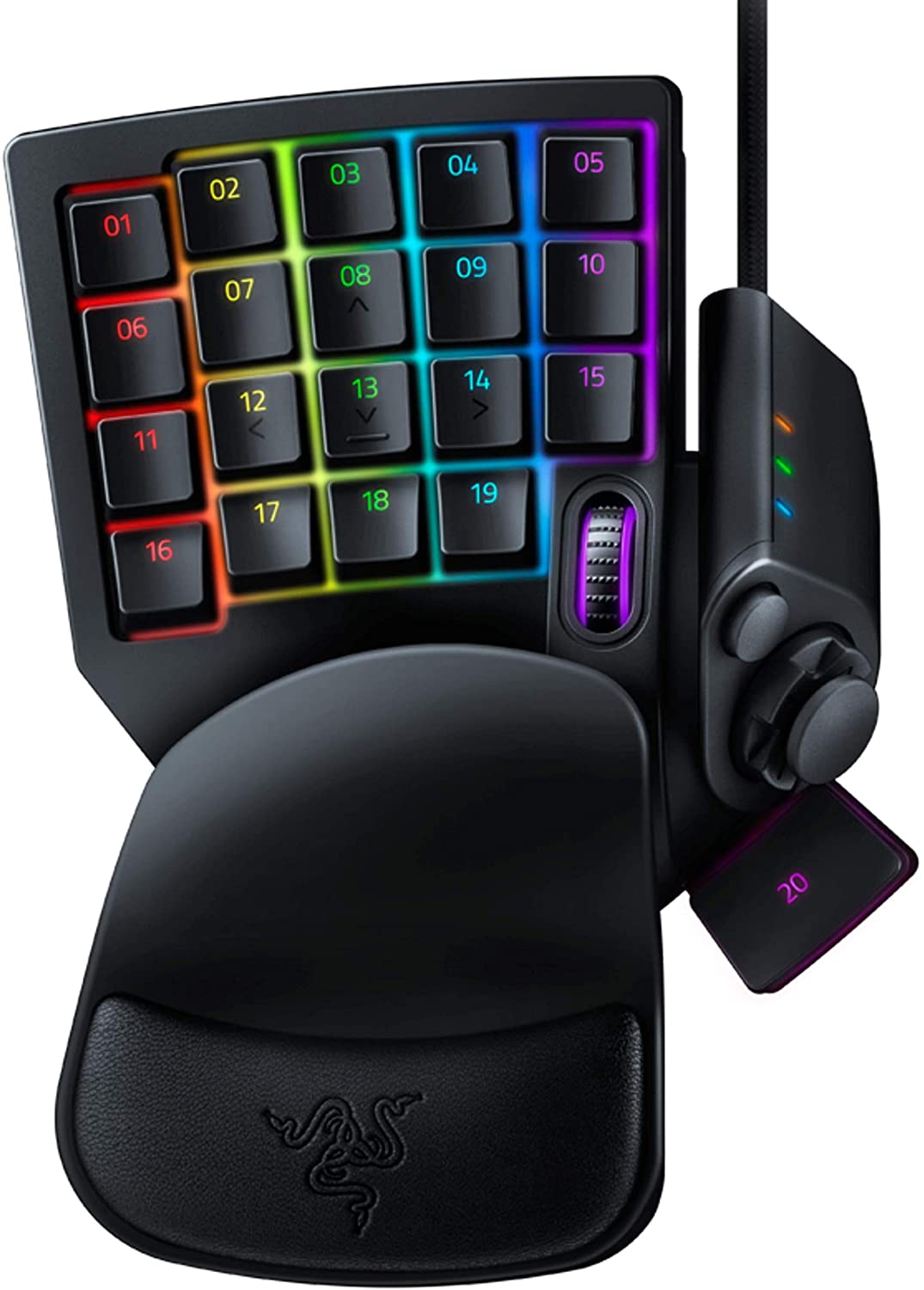 The Razer Tartarus Pro takes a different approach to the ControlPad and makes no claims to be anything other than a gaming device. It has a futuristic design to differentiate it from other macro pads. Some of these include a scroll wheel, D-pad, and 19 programmable buttons.

Razer furnishes the Tartarus Pro with optical switches instead of mechanical switches. Optical switches actuate by allowing a light beam to pass through the stem when the key is pressed. They are generally faster and more reliable than mechanical switches and allow for custom actuation points. Users can decide how light or heavy they want each keypress to be and map the buttons accordingly. Like on the ControlPad, the Tartarus Pro allows users to program the switches to perform one function with a half-press and another with a full-press of the keys.

Another way the Tartarus Pro distinguishes itself from macro pads is its inclusion of a thumbpad. The thumbpad on the Tartarus Pro is eight-way and mimics the feel of an analog stick on a controller. It can be used for navigating through menus or for controlling characters in a game.

While the Tartarus Pro offers advanced gaming features, it not be the best for office work. Its pricey, and most users wont need custom actuation points or a thumbpad. However, its still a viable choice for buyers needing programmable buttons, as long as theyre willing to pay the price. 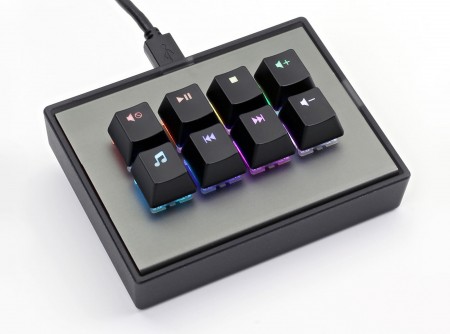 The Max Keyboard Falcon-8 RGB is ideal for users in need of a compact macro pad with fewer keys. It comes with eight programmable keys with media legends, including the play, mute, and volume control keys.

This macro pad has more switch options than any of the alternatives on this list. A wide selection of compatible switches is offered with the Falcon-8 RGB, including Gateron Reds, Blues, Browns, and Clears. Some switches from the Cherry MX range are available, such as the Blue, Brown, and Silver switches.

Solid build quality is another benefit of the Falcon-8 RGB. It emulates the ControlPad by having a sturdy aluminum body with per-key RGB lighting. It also has a detachable USB cable thats easy to replace if it breaks. 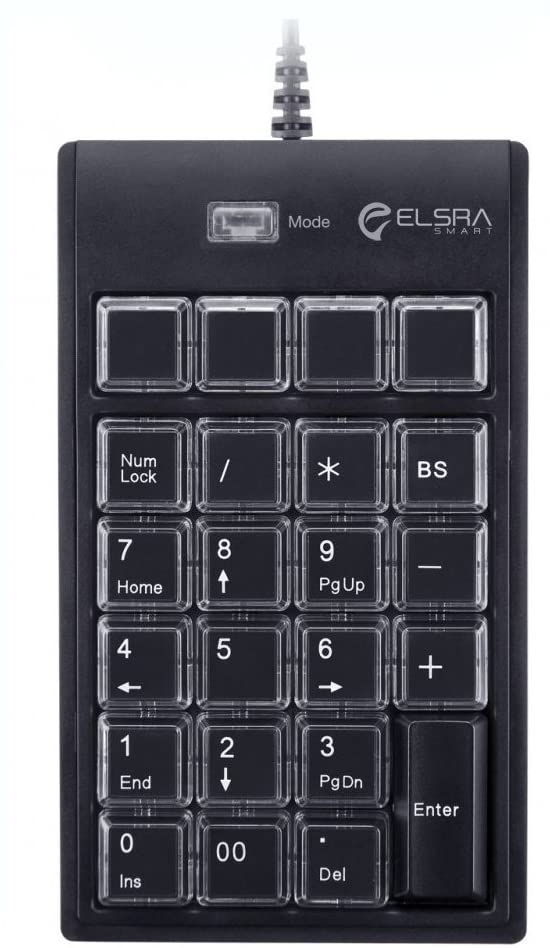 Some users prefer the conventional layout of a num pad because of its familiarity. The Elsra PK-2068 USB Keypad mimics the num pad on the far right of a regular keyboard. It also has four programmable keys at the top for additional functionality.

One of the main advantages of the PK-2068 is that it doubles as a regular num pad and a macro pad. Its first layer is the keypad with four extra keys, and the second layer can be programmed for other uses. The dual-use is particularly handy for players with smaller TKL or 60 percent keyboards without built-in number pads. In this case, players can use the PK-2068 as an external num pad and program it for gaming.

Unlike any of the other macro pads listed here, the PK-2068 has two-piece keycaps. The bottom part of the keycap is full-black and a second transparent piece covers it. This system allows users to re-label the legends to match the functions theyre mapped to.

While the PK-2068 isnt the best for gaming, it will work in a pinch. It gives users an external num pad with the ability to remap buttons and program macros. Considering its low price, the PK-2068 offers decent value and is a viable alternative to its more expensive rivals.

The post The 5 best macro pads of 2021 appeared first on Dot Esports.