Nearly every Pokémon in the Pokémon franchise is based on something in our real world, whether an animal, inanimate object, or food. Many fans may gravitate toward a Pokémon companion that represents something they love in the real world. With over 900 Pokémon (and counting) to choose from, it’s easier than ever to find one you’ll love.

If your favorite animal is a bear, there are quite a few Pokémon to choose from that might remind you of them, some in a cuddly way and others in a scary, ferocious way. And though not all of these Pokémon are the most useful on a top-tier competitive team or even to help you fight your way through the Elite Four, there’s still something to be said for each of them.

Here is our list of the top 5 bear Pokémon and their evolutions. 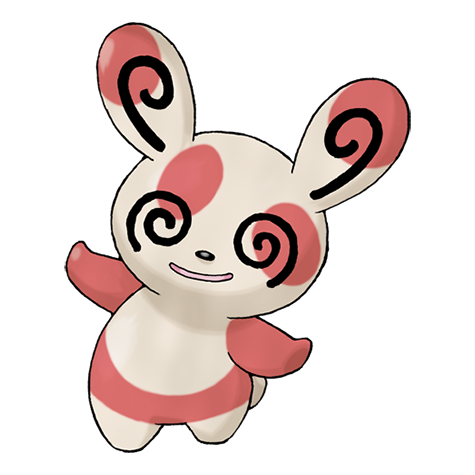 Canonically, every Spinda has slightly different spots, and no two will be exactly the same. In the main series games, this is also true to an extent. While Spinda doesn’t have infinite variations, if you encounter a horde of them or hatch multiple Spinda from eggs, they won’t all have the same spot patterns. There are around 4 billion variations of Spinda in the Pokémon games, so catching them all isn’t actually possible in this case.

Spinda also won’t be the most useful addition to a competitive team or even going into the Elite Four, hoping for a flawless run. While skilled trainers could probably get through a game using only a team of Spinda, this wouldn’t be easy. Spinda has abysmal base stats, 60 all around, and can’t evolve into anything. Realistically trainers will only keep a Spinda on their team if they are fans of its design, movement, or unique spot pattern.

As for Spindas good qualities, the one that stands out the most is certainly its unique movement. Most Pokémon are programmed with a unique idle animation in addition to their battle animations. Some just stand there patiently waiting for their trainer’s instructions, and some move every so often. Flying Pokémon often constantly flap their wings. But for Spinda, who are always dizzy, they are constantly trying to regain their balance.

The Spinda dance has become an interesting phenomenon, mostly because Spinda can pretty much dance to the beat of whatever song is playing. Some say the dance makes the Pokémon look tipsy, while others find it endearing. Either way, Spindas charm saves it from being a useless Pokémon. 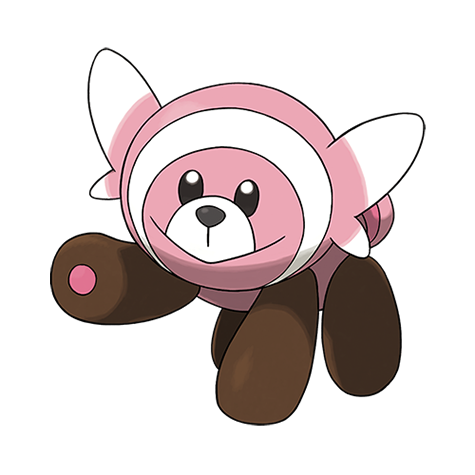 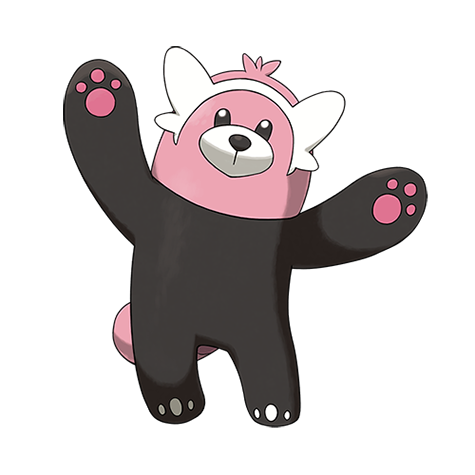 Stufful and its evolution, Bewear, are Pokémon designed to look like stuffed animals or teddy bears. Stufful resembles a bear cub, while Bewear is an adult bear. In the Pokémon anime, there is even a Bewear showcased with her Stufful baby in a couple of episodes.

Stufful has some unique design aspects that confirm the intentions of designing a Pokémon that looks like a teddy bear, even though its other animal-like characteristics don’t entirely resemble a bear. Stufful has a small tag on its backside that looks just like a tag you would find on the back of a teddy bear bought in a store. While Bewear looks much more like a bear, its design has fallen victim to a trend most Pokémon fans would like to see be left behind. When this species evolvesit stands up on two legs instead of staying on four. Though this time, there is a good reason behind the change since most teddy bears in real life sit or stand upright.

Stufful is about as useful of a Pokémon competitively and in-game as Spinda. While moving through the beginning of a main series game, a Stufful could prove useful, but it doesnt truly shine until it evolves into Bewear.

Bewear, despite literally being a stuffed animal, is one very bulky Pokémon perfect for defensive and physical strategies. Dont be fooled by the cute smile and fuzzy ears, both Bewear and Stufful are actually Fighting-type Pokémon. And canonically, Bewear actually hates being touched or held. It’s this juxtaposition of what is expected from a Pokémon that looks like a teddy bear that makes both Stufful and Bewear important inclusions on this list. 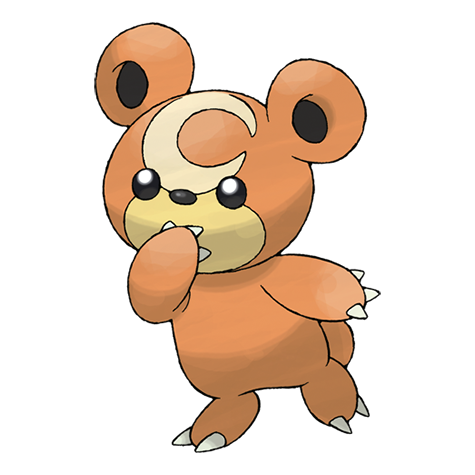 Teddiursa is another Pokémon that looks like a teddy bear but acts more like a traditional bear cub in the anime and games lore. Teddiursas signature design feature is the crescent moon on its head. It might not make sense looking at the first stage in this evolutionary line, but it actually foreshadows the Pokémons final evolution. Uniquely, though Teddiursa and Ursaring made their debuts in Generation Two, the final evolution wasnt introduced until Pokémon Legends: Arceus.

Teddiursa is truly a baby compared to its following evolutions and is portrayed in the Pokémon anime as a curious young bear cub that uses its charm to escape any situation. Once Teddiursa evolves into Ursaring, all of its charm is gone, and the crescent moon on its head transforms into a circle on its stomach. 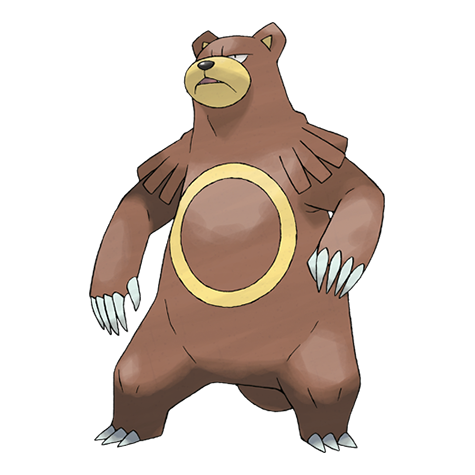 Ursaring is an excellent Pokémon to battle with across almost all Pokémon games. Ursaring still retains some cute bear-like characteristics, shown in its Pokédex entry from Generation Four, which reads, “In its territory, it leaves scratches on trees that bear delicious berries or fruits,” but the big bear towers powerfully in battle. Ursaring’s main strength is its attack stat, but its slow speed could be a thorn in the side of some trainers.

Ursaluna is the final evolution in the line but is only attainable in the Hisui region in Pokémon Legends: Arceus. The bear will evolve once again if a trainer gives Ursaring a Peat Block during a full moon. The Peat Block doesn’t have any other use in Legends: Arceus aside from helping Ursaring evolve, so if you get one, save it for that. 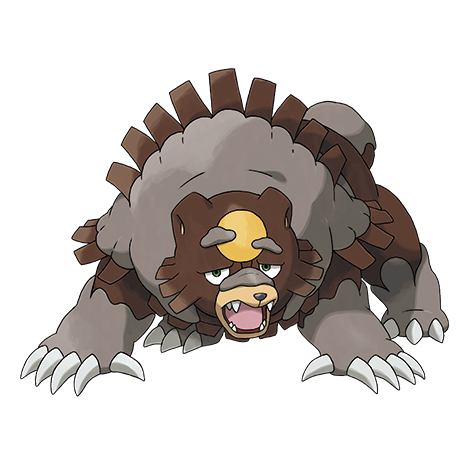 Ursaluna somehow becomes even scarier than Ursaring. Teddiursas signature crescent moon on its forehead turns into a full moon peeking through the clouds on Ursalunas head. The bear also goes down on four legs in its final evolution. Ursaluna is also an important Pokémon in the Hisui regions lore, as a descendent of one of the ancient Pokémon blessed by Arceus. 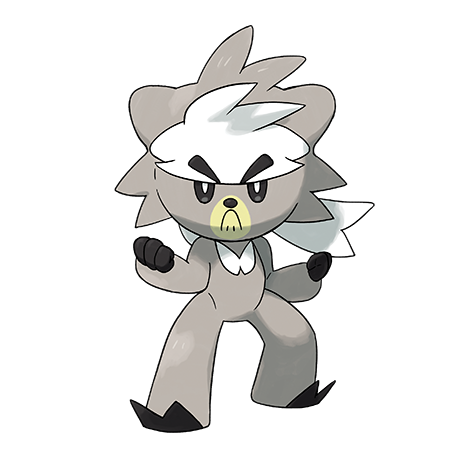 Kubfu and Urshifu are the star Pokémon of the Isle of Armor, the first DLC for Pokémon Sword and Shield. These two bear Pokémon are seriously special for several reasons. First of all, neither can be found in the wild, and instead, a baby Kubfu is obtained through the dojo master on the Isle of Armor. The trainer must raise their Kubfu with care for it to evolve, requiring a high friendship stat and a lot of training as a prerequisite. Kubfu is pretty high-maintenance.

A fun fact about Kubfu is that this Pokémon actually has the same gender ratio as every starter Pokémon in the game, 87.5 percent male and 12.5 percent female. This is, by design, to make it harder to breed Kubfu and obtain more of them. This makes them even rarer.

Kubfu also has two exciting pathways towards its evolution into Urshifu. It is entirely the player’s choice what kind of menacing Karate bear they’d like to end up with. Training Kubfu in the Tower of Waters will result in a water-type Urshifu, while training in the Tower of Darkess results in a dark-type Urshifu. The towers almost function as gyms in the DLC. 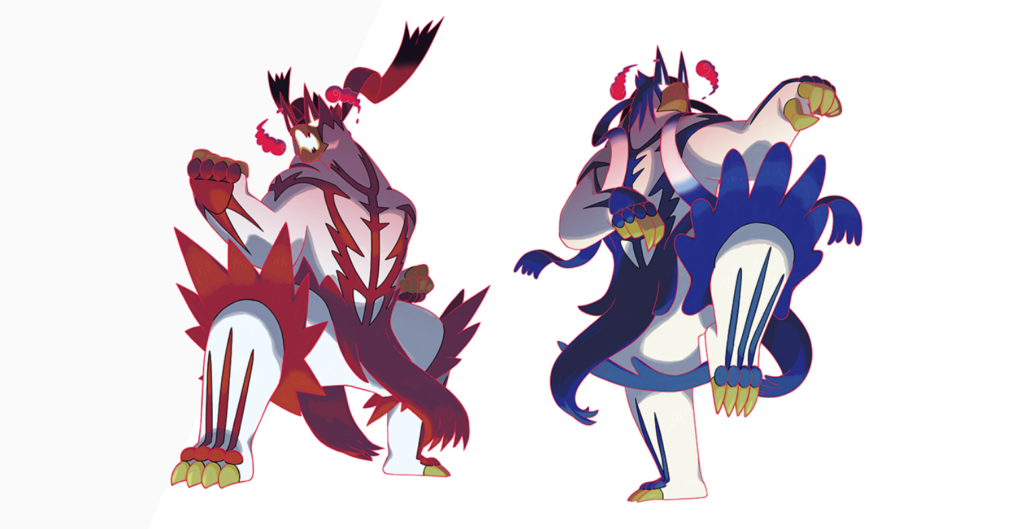 Not only do Kubfu and Urshifu have this fantastic backstory and inherent special relationship with their first trainer, but once fully evolved and prepared, Urshifu is a top-tier Pokémon at nearly all levels of battle, in a variety of different settings. Urshifu is even a great Pokémon to build a deck around in the Pokémon TCG. If youre looking to use an Urshifu in the VGC, it is recommended to evolve your bear into a dark type. 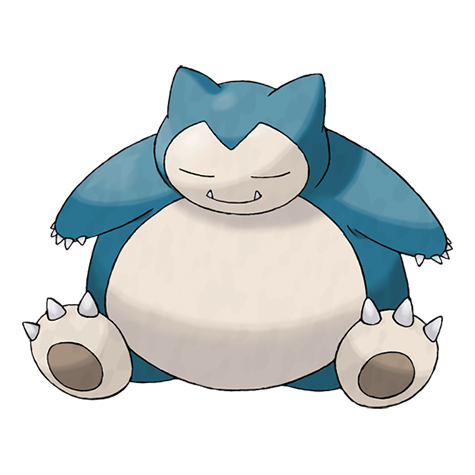 Snorlax is a classic fan-favorite Pokémon, and it would be a crime not to put it first on this list. The big, fuzzy, bear-like Pokémon is one of the most iconic in the games and franchise. While Snorlax isn’t definitively a bear, it is an “ursine-like” creature, sharing several characteristics with bears, which is enough for it to qualify for this list.

In Pokémon media, Snorlax has made appearances nearly everywhere. From manga to feature films, Snorlax is usually easily spotted napping on the side of a road or stuffing its face with treats. Though it isn’t the face of the franchise quite like Pikachu, Snorlax has certainly earned its popularity.

Yet, at first glance, Snorlax might not seem too special for new fans, especially compared to some of the newly-debuted flashier Pokémon in the franchise. Snorlax is one of the few Pokémon left that still only carries a “normal” typing. Now, with Pokémon with multiple unique types and glamorous designs, some might fall asleep on Snorlax. But our big fuzzy, hungry childhood friend is still our number one bear Pokémon for a reason.

Snorlax is not only a huge asset to any team defensively, with its high HP stat and potential to learn high-powered attacking moves. In both the main series games and Pokémon Go, adding a Snorlax to your team to bulk it up can be a smart choice. In Generation Eight, Snorlax was even one of the Pokémon given a Gigantamax form, which can be used in VGC battles and is even more powerful and hard to take down than Snorlax in its regular form. 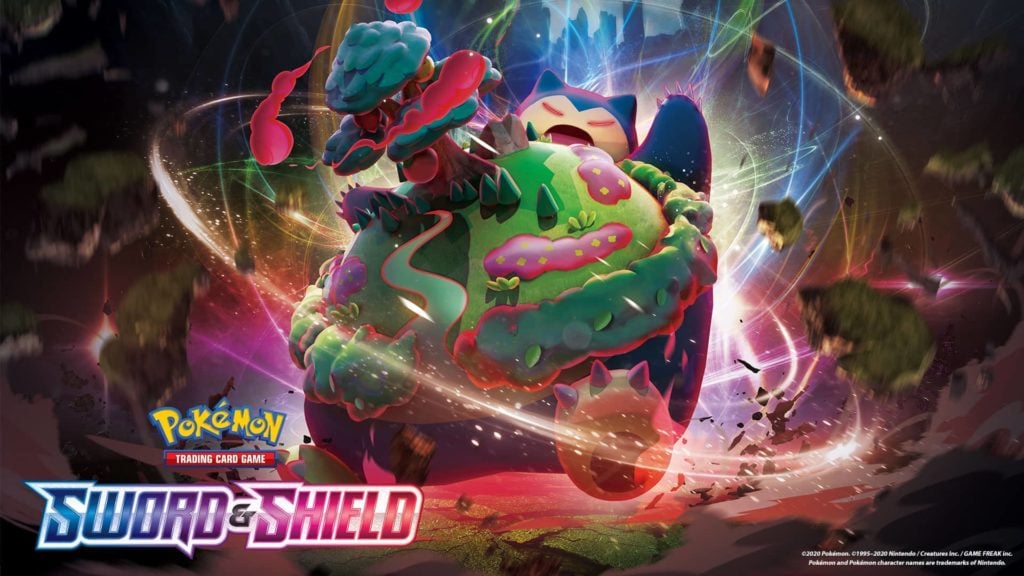 Overall, if youre a fan of bears and are a Pokémon player, whether casually or competitively, theres definitely an ursine friend for you!

Latest comments
No comments yet
Why not be the first to comment?
Featured news
Pokémona month ago

How to catch Galarian Articuno in Pokémon Go