Rough releases have been announced through Set 10.

It is just a roadmap, so no specific release dates were confirmed, but players will recognize the game’s familiar rhythm of roughly two sets per year, along with two adjacent mid-sets about three months after each new set’s release, breaking up the upcoming year into four “chunks.”

The one date that was confirmed was that Set Eight: Monsters Attack! will drop with Patch 12.23 on Dec. 7. Otherwise, upcoming events, Set 8.5, as well as Sets 9 and 10 and their corresponding Mid-Set expansions, have been given rough release dates. All of these should be available for players to enjoy before 2023 is over. 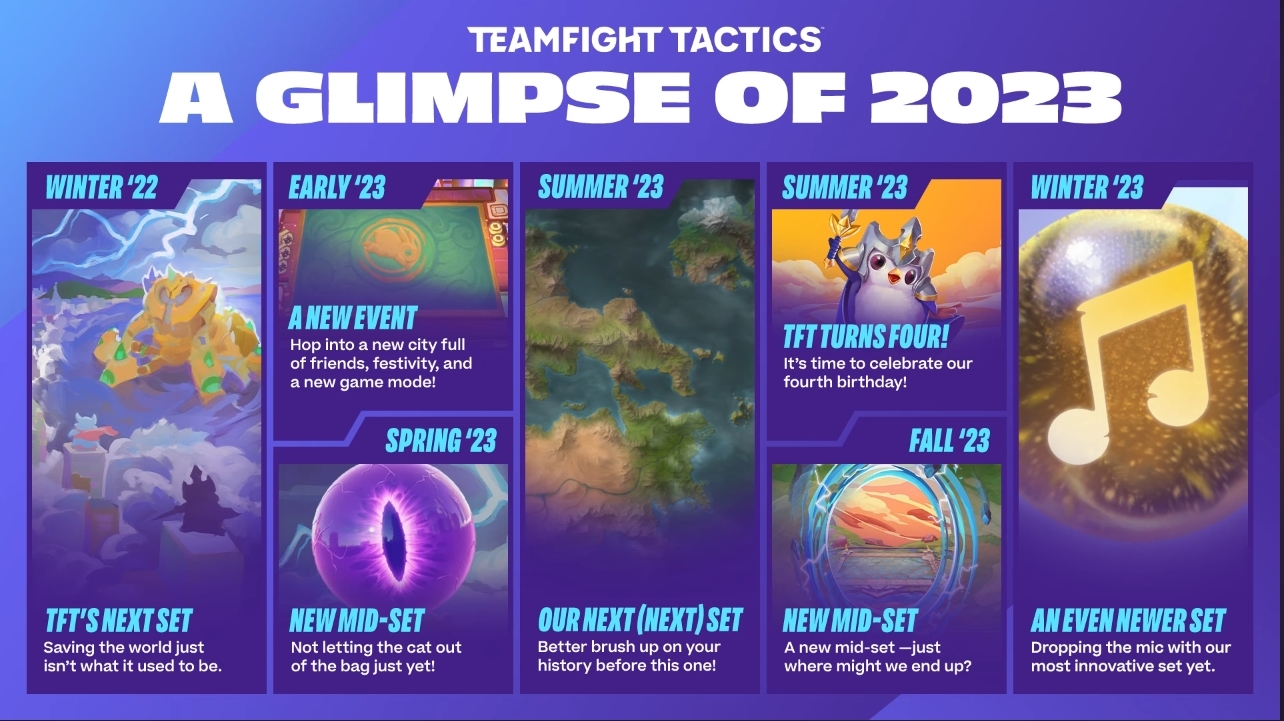 Set Eight’s Mid-Set expansion will release in the spring of 2023 and Set Nine in the summer of next year, with its Mid-Set in the fall. The game’s most anticipated set, Set 10, will release in about one year as the game’s “most innovative set yet.”

Early in 2023, a new event, like each set’s Skyglass Origins, Gifts of the Golden Lantern, and Secrets of the Shallows ones, will debut, likely again with accompanying interactive missions and rewards. The upcoming event will, as usual, bring new arenas and Little Legends, but will also be how TFT introduces a limited-time game mode. No specifics are known as to what exactly it will entail.

Additionally, TFT will celebrate its fourth birthday right after the release of Set Nine with its own similar event. Judging from how the devs talked about the future of the game’s events, it will likely include all of the features from previous ones, along with new, more significant innovations as they become a staple part of TFT’s set cycles.

Latest comments
No comments yet
Why not be the first to comment?
Featured news
Teamfight Tactics5 hours ago