A total of three tacticians will represent NA at Reckoning Worlds.

A total of 16 North American Teamfight Tactics players will battle in the NA Reckoning Regional Finals, with three seats to compete at the Set 5.5 World Championship on the line. The competition is scheduled to take place on Sept. 4 and 5 and will showcase the top 16 tacticians who qualified to compete via ladder snapshots and multiple qualifier tournaments.

It was clear that North America would send its best tacticians to Set 5.5 Reckoning Worlds, from previous Worlds qualifiers like Kurumx and RamKev to Robinsongz and NoobOwl seeking their first World Championship. Here are the 16 NA players competing for Reckoning Worlds seats at the Regional Finals: 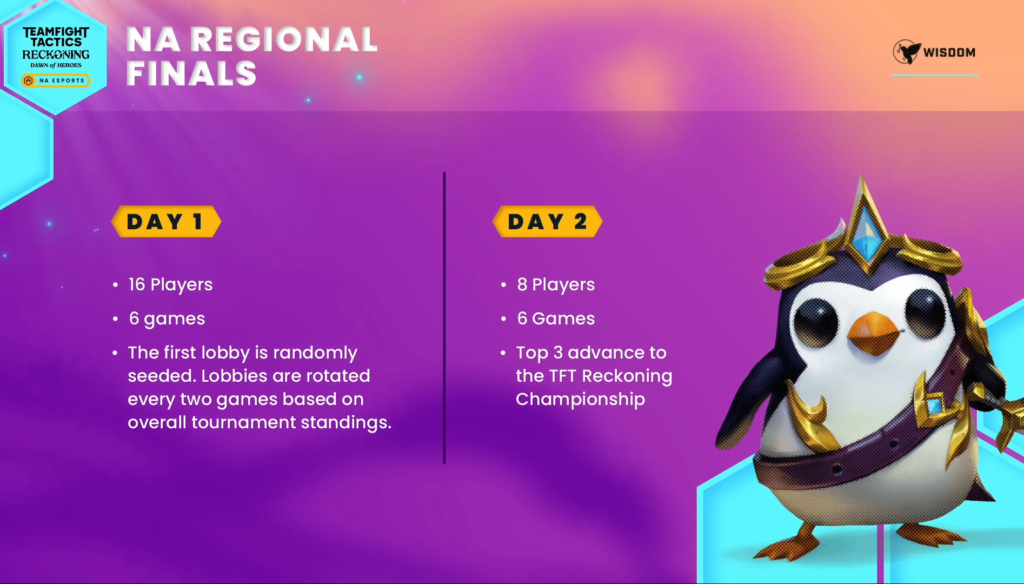 The first day of competition at the NA Reckoning Regional Finals showcased 16 players split into two lobbies. Only eight players could advance to the day two playoffs, with the top three earning a seat at the TFT Reckoning World Championship.

This story is developing and will be updated as more information becomes available.

Latest comments
No comments yet
Why not be the first to comment?
Featured news
Teamfight Tactics3 hours ago