Only the best eight players will earn their spot at the Mid-Set Invitational.

The Arcanist Cup will take place over two days of grueling competition, from Nov. 27 to Nov. 28, and features big-name competitors like last set’s champion and prominent TFT streamer Escha.

At the end of the Cup, the top eight players will progress directly to the Mid-Set Invitational, an important event that can solidify a player’s spot at the Regional Finalsthe biggest TFT stage the region has to offer. 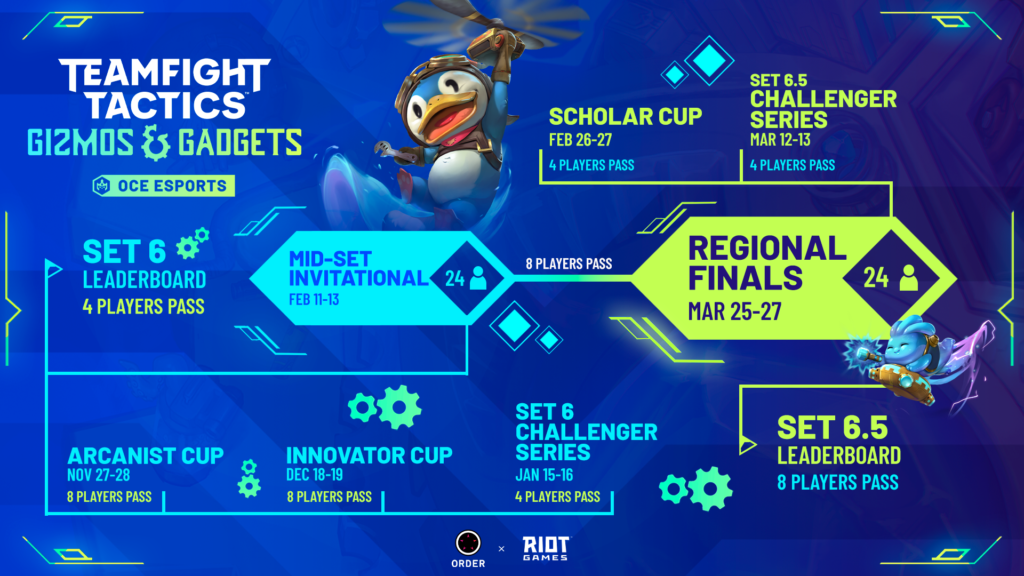 The first tournament in the Oceanic Gizmos and Gadgets series was a long day of ruthless competition that saw 240 players whittled down to just 32 over the course of six games.

The metagame of this patch is ruled by one composition: the Katarina Assassin re-roll board. Players must either force this comp with the expectation they may become contested, or hope to high roll slightly on the chance they can defeat the Katarina-led comps come late game.

Today’s competition was no different. However, with multiple Katarina team comps being played in each lobby, detracting from each other’s potential power, players that remained flexible in which carry they used seemed to generally come out on top.

The day’s best player, Blooey, finished with a remarkable scoreline of 10, 7, 10, 8, 7, 7, never placing outside of the top three in any lobby. Throughout the day, Blooey played multiple Yone carry games, and in the final match, relied on a stable and easy composition like Yordles to secure enough points to finish on top.

Here is the full list of 32 players that made their way through day one of the TFT Oceania Arcanist Cup: 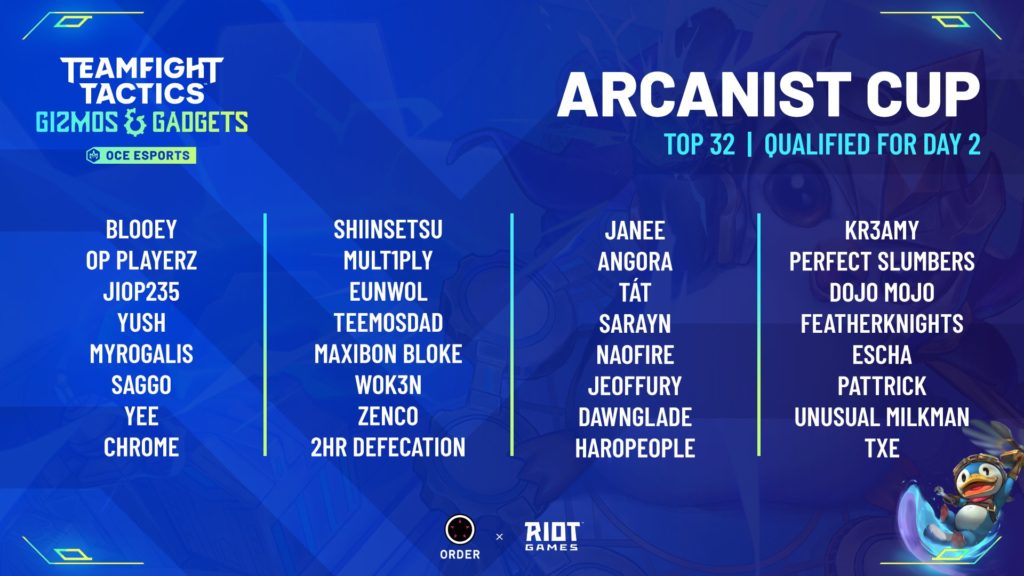 This article will be updated with the final results following the second day of play.

Latest comments
No comments yet
Why not be the first to comment?
Featured news
Oceania10 days ago