The two final seeds for Regional Finals were on the line.

Sixteen North American Teamfight Tactics players competed for the final two seeds at the NA Regional Finals and a chance to compete at Worlds.

Scheduled to take place from Oct. 22 to 23, the TFT Last Chance Qualifier showcased gameplay from Patch 12.20. Players at the LCQ competed in 12 games over two days, six games each day, with the top two earning a direct invite to the NA Regional Finals.

Here were the 16 NA players competing during day one of the TFT North American LCQ: 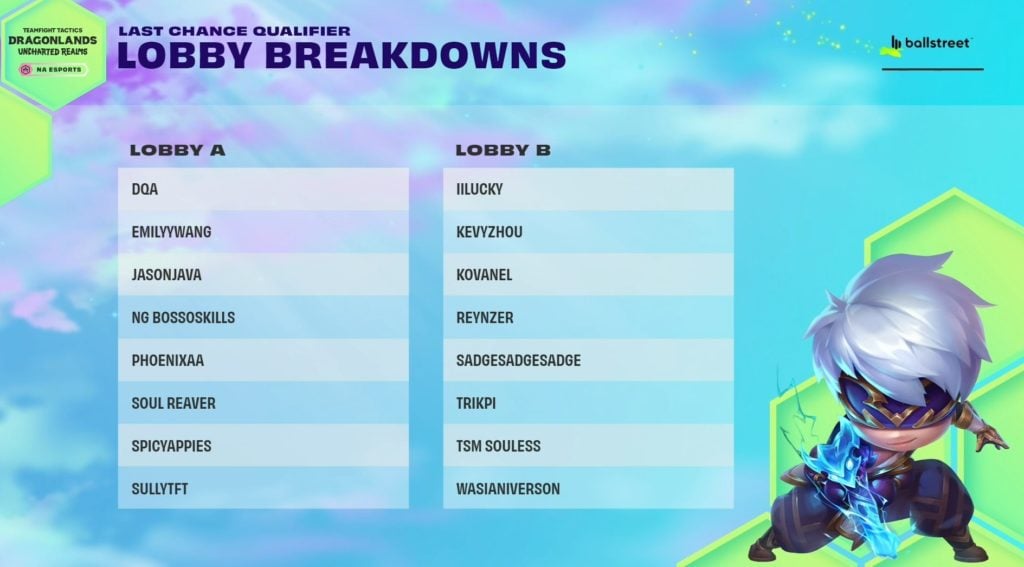 Players were split into two lobbies on day one, with lobbies getting reseeded every two rounds. Only the top eight advanced to the final day. And the top three from day one earned bonus points to start the second day with.

Updates to the NA Last Chance Qualifier will occur following each TFT round played.