Back and better than ever.

The Tenrai: Fracture event has returned to Halo Infinite today for the next week and 343 has made several evidently positive changes based on player feedback to the event’s first week in late November.

First, the limit to the number of tiers players can progress through during a single week of the event has been raised from seven to 10. Players will still have to participate in multiple weeks to unlock all of the rewards but can now get more accomplished per week.

Players are also now ensured to have at least one active Event Challenge in their challenge rotation. During week one, players were frustrated by having to complete challenges that didn’t reward event progress or spend Challenge Swaps just to get Event Challenges. Event Challenges will now appear sooner and their weekly cap has been increased from seven to 10. 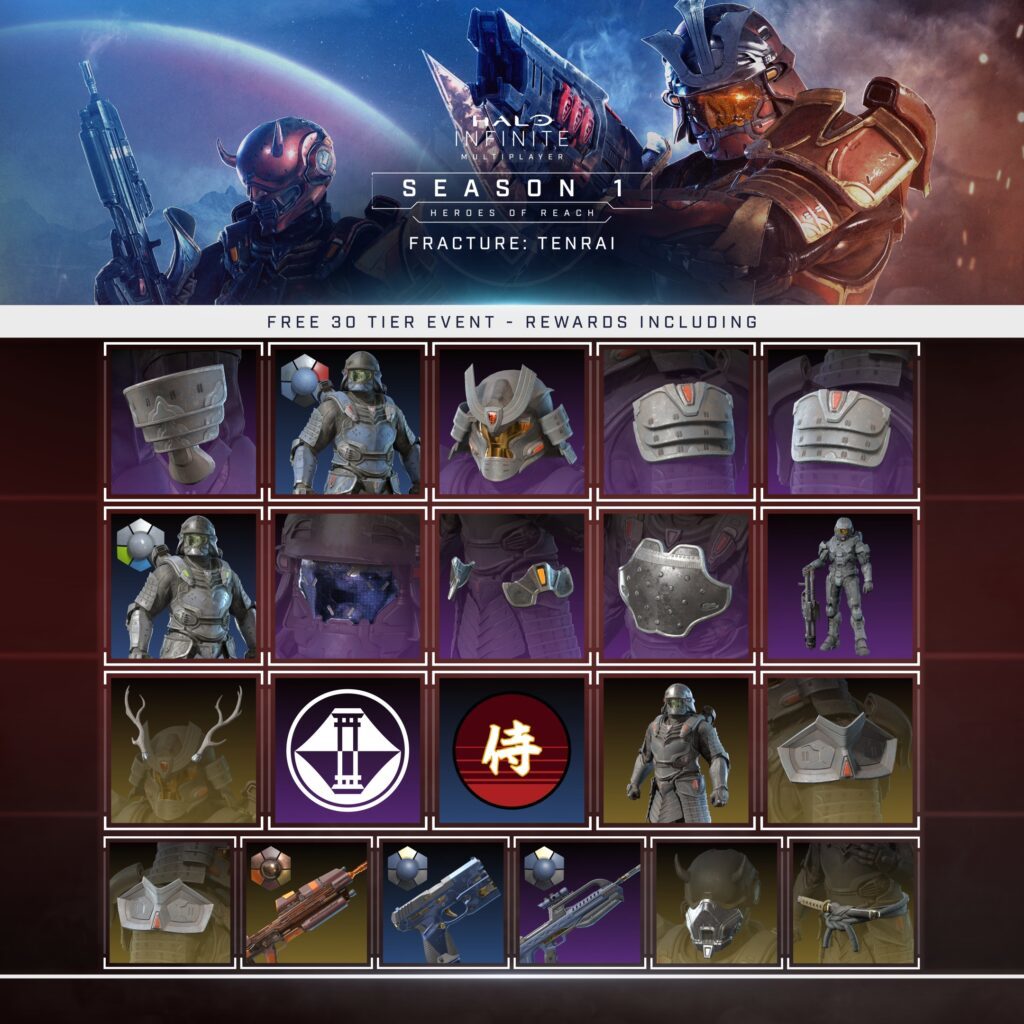 Finally, the rewards of the event pass have been updated to include more cosmetic items and fewer Challenge Swaps and XP Grants. Initially, over half of the 30 items in the original pass were either Challenge Swaps and XP Grants. Now, all of those consumables past tier 10 have been replaced with cosmetic items, most of which are pieces of content that were originally going to be sold in the store.

Latest comments
No comments yet
Why not be the first to comment?
Featured news
Haloan hour ago