Vitality has partnered with Adidas to create Yellow Stripes, a team comprised of France's next generation.

Team Vitality will be competing in the 2022 League of Legends Open Tour France, the organization announced today.

Vitality has partnered with Adidas to create Yellow Stripes, a semi-pro team of rising stars in the French scene that the organization hopes to help grow into the next generation of European talent. The Yellow Stripes lineup consists of Matias matias Manchin Opheltes, Alexis Artoria Diebold, Lorenzo Linkkey Giorgiutti, Julian eaRyz Wehinger, and John Sotsy Sicre.

Were delighted to have a partner in Adidas who is not just interested in having their brand represented on the biggest stages in esports, but are committed to helping develop and support the pros of tomorrow, said Fabien Neo Divide, Vitality’s co-founder and esports director.

See League of Legends on Amazon

The recent addition of Yellow Stripes marks the latest collaboration of the near five-year partnership between Vitality and Adidas.

All of the new Vitality members will receive the same treatment provided to the org’s main lineup, which includes playing in the practice facility and working with Vitalitys LEC performance staff. Adidas will also provide Yellow Stripes with their own jersey alongside a “professional athlete” who will act as a mentor to guide the players through the early stages of their career, according to Vitality’s announcement.

We are proud to invest resources into the amateur scene,” Neo said. “This project is a unique opportunity for these young players to learn and grow into what we hope will be a great sporting career in the future. They have challenges ahead of them, but we have every ambition to get them to the final of the Open Tour.

Yellow Stripes will be coached by Benjamin Fara Stoffel, while content creator and caster Martin Krok Berthelot will act as the team manager for 2022. 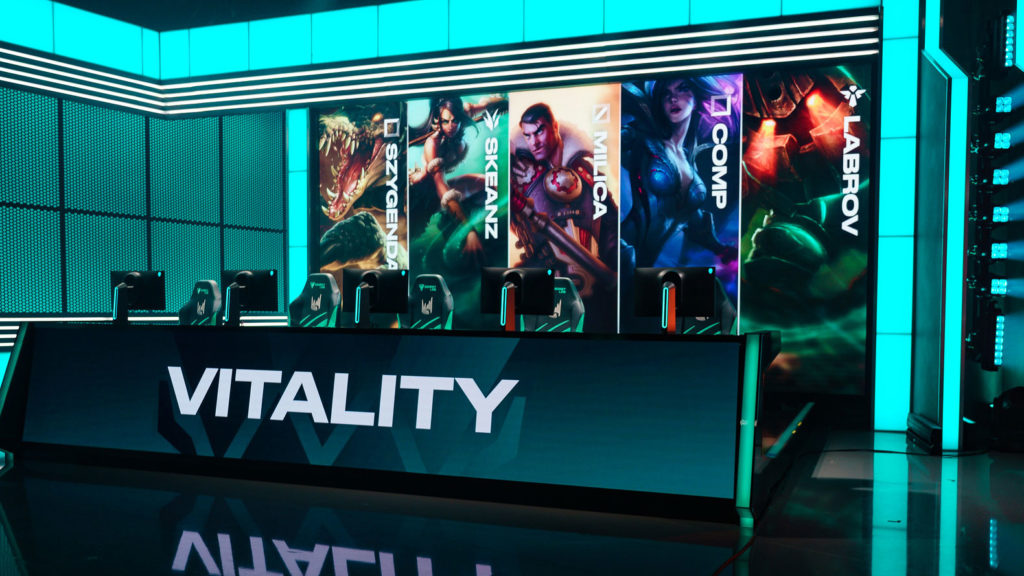 Yellow Stripes will make their official debut in the League of Legends Open Tour France on Jan. 29. The year’s concurrent semi-pro tournament is an event that allows rising stars to benefit from the same resources that the top pros in Europe receive and to graduate up to have an opportunity to be recruited by LFL teams. Their journey will be documented through an eight-episode YouTube series following the team as they progress through the League of Legends Open Tour France.

As for the org’s main LEC team, Vitality is set to compete in the 2022 LEC Spring Split, which starts on Jan. 14. Vitality’s superteam will kick off their quest for the organizations first LEC championship with a match against MAD Lions at 11am CT.