T1 Dota 2 is already shuffling after TI11 miss: March, Kuku, and Xepher are out

New beginnings before a new season.

The International 2022 will be returning this weekend, and teams who failed to qualify for the event have already started shuffling their rosters. Though the first set of departures came from the Eastern European Region, T1 officially released coach March from its roster, while Kuku and Xepher announced they were looking for new opportunities. 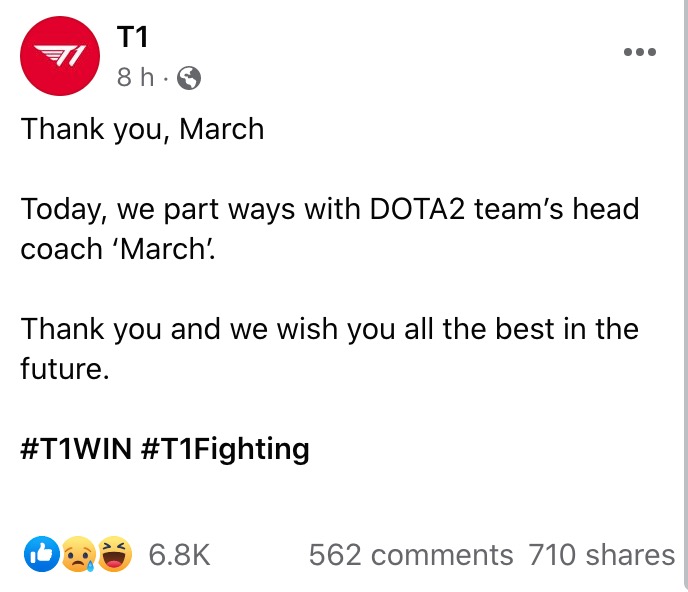 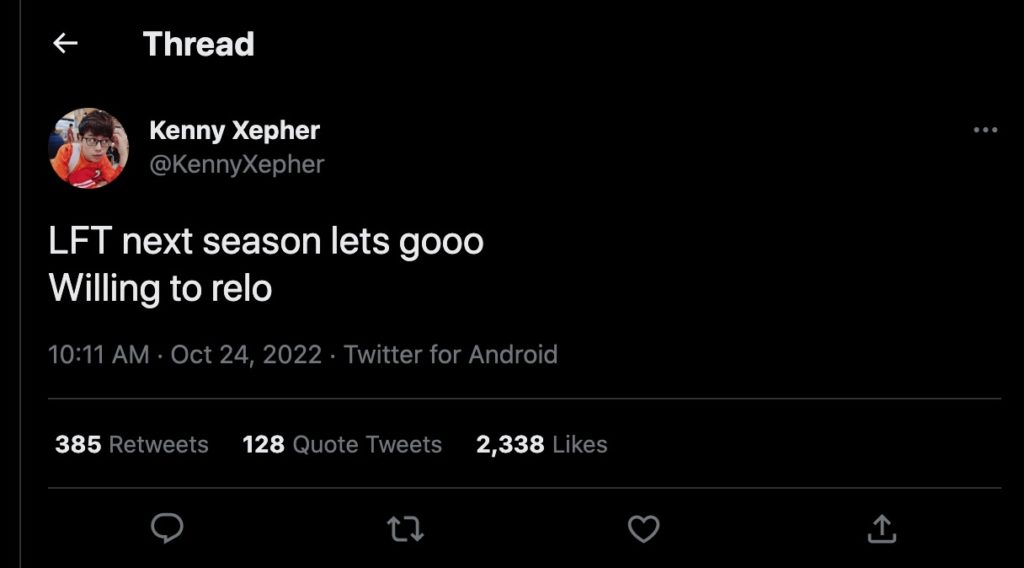 The news came after T1 flamed out of TI11 Last Chance Qualifiersa disappointing result for the SEA squad. Throughout the entire DPC season, T1 tried to find a solution to the team’s poor performance with roster changes.

T1s endless shuffle started right after the team traded 23savage for Talon Esports Gabbi. The rosters expectations of performing better were still crushed in the following season, however, as they failed to qualify for TI11.

Heading into the regional qualifiers for TI11, T1 went for another roster change, switching Gabbi and Karl for Topson and ana, two former TI winners. This iteration of T1 was powerful enough to make its way to Singapore but doubts followed them after a slow start to the group stage.

T1 bounced back for an upper brackets slot, but they could only advance to the next round, where theyd be beaten by the ultimate LCQ winners, Secret, and Vici Gaming. Missing out on TI11 with high-profile names in its roster wasn’t in T1s plans.

Kuku and Xephers contracts were set to expire after TI11, and Kuku said hed be open to discussing his contract with T1 while searching for a new team. Xepher, on the other hand, might be more determined to leave as hes open to relocating for the next season.

Only ana, Topson, and Whitemon remain in T1s Dota 2 roster but considering Topson joined the team as a stand-in, T1 may also be looking toward a complete roster overhaul for the 2022-2023 DPC season.

Latest comments
No comments yet
Why not be the first to comment?
Featured news
Dota 219 hours ago