T1 and EDG fight for Group B supremacy at Worlds 2021

Which of these powerhouses will end up at the top of their group?

The second day of the group stage at Worlds 2021 will start off with one of the most anticipated matchups of the tournament. The LCK’s T1 will face off against the LPLs EDward Gaming in an important Group B match. While neither of these squads is the top-rated League of Legends team from their region at Worlds, both could end up making a run deep into the playoffs. In a group where T1 and EDG are the definite favorites to advance, earning a win here would make securing the first seed much easier.

T1 head into Worlds as the LCKs third seed. They had an up-and-down year marked by its share of controversy. After their failure to qualify for Worlds 2020, T1 underwent major changes in their philosophy. Spearheaded by coach Yang Daeny Dae-in, T1 adopted a constantly shifting 10-man roster. While this concept isnt unheard of in League, the way it was implemented resulted in stress and a lack of synergy among players.

T1s spring regular season was only slightly above average, ending with an 11-7 record in fourth seed. Their playoff placement would mirror that result. When Summer rolled around, T1 announced it was ditching the shifting 10-man roster and moving back to a standard starting five system. While their results didnt improve drastically, it was clear that the team was starting to get back into their groove.

Another 11-7 and fourth seed regular season ensued, but this time playoffs would be different. After sweeping Liiv SANDBOX in round one, T1 moved on to face a Gen.G squad that tied with DWG KIA for the first seed.

T1 looked superior in this series. They took down Gen.G in four games, moving on to face DWG KIA in the finals. While they did fall 3-1, T1 were able to redeem their spring performance. Since Gen.G had T1 beat in total championship points, T1 could only earn up to third seed at Worlds, which they did in the regional finals. 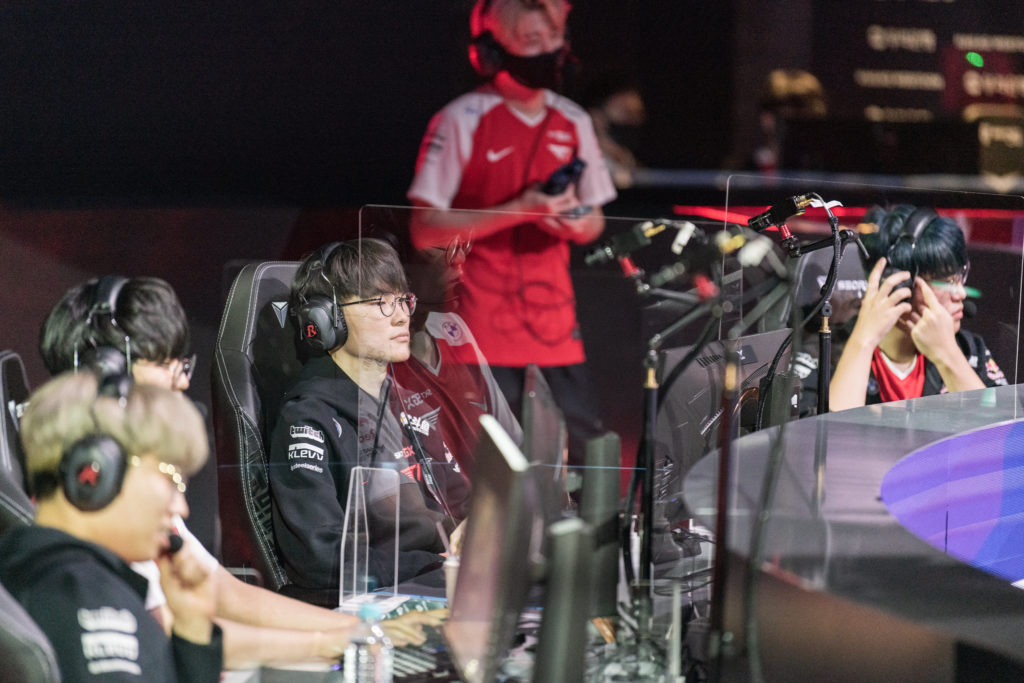 EDGs year has been phenomenal by comparison. The legacy Chinese organization had been in a title drought for a very long time. Their 2020 featured a 9-7 record in the Spring Split and an 8-8 record in the summer, which saw them miss the LPL playoffs entirely.

EDG made two key changes coming into the new year. First, they acquired one of the longest-tenured players in League esports, top laner Flandre from LNG. Second, EDG made an offer to Hanwha Lifes Viper, one of the most mechanically talented ADC players in the world.

Immediately, EDGs 8-8 record turned into a 13-3 finish in the Spring Split. The entire team looked completely transformed. Viper especially had one of the best splits of any ADC player ever. His accolades included 10 Man of the Match awards, two weekly best ADC awards, Outstanding Rookie, First All Pro Team, and the LPLs Most Valuable Player.

Unfortunately for them, the Spring Split would not end EDGs title drought. Their match against FunPlus Phoenix in the upper bracket finals ended 3-2 in favor of FPX. EDG then narrowly failed to earn a rematch, losing 3-2 to Royal Never Give Up in the lower bracket finals. This setback would not stop EDGs rise, however. Summer would be another fantastic split for them, ending in a 12-4 record. EDG was now more of a complete team and less of a Viper-only show.

EDG faltered in their first playoff match, losing another close 3-2 to Team WE. With their backs against the wall, EDG ran through the lower bracket. They took down LNG Esports, WE, and FPX while only dropping two games. EDG were crowned champions of the LPL Summer Split 2021, earning their first title in four years. It also bought them their first ticket to Worlds since 2018 as Chinas first seed.

A steep mountain to overcome

EDG appear to be the favorites in this match with odds of 1.663 to 2.228. The exceptional form theyve shown throughout the entire year makes them one of the scariest teams at the World Championship. Viper and Meiko are likely the best bot lane in the world, and the rest of the team has also stepped up around them. Jungler Jiejie earned the most MVP awards in the Summer playoffs at six. Meanwhile, the always reliable mid laner Scout was named finals MVP playing Sylas and Ryze. 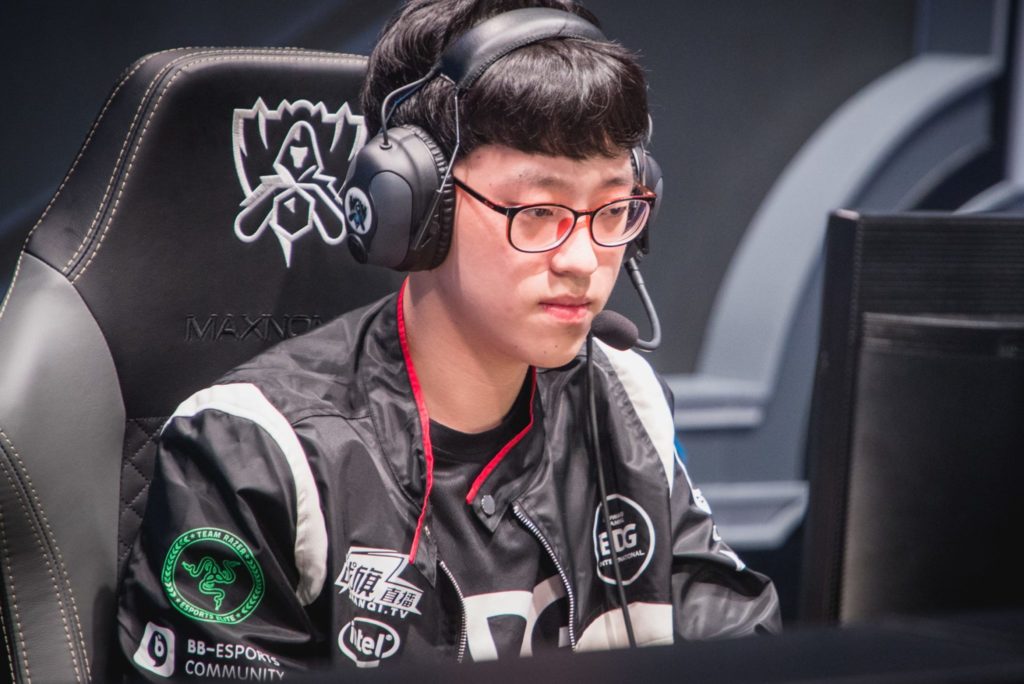 One of the hardest parts about playing against EDG is their versatility. Scout played 10 champions in 16 games during the Summer playoffs. Flandre shows a great propensity for ranged tops such as Jayce and Lucian, as well as the meta bruisers like Irelia. With Scout putting in tons of solo queue on Irelia, Jayce, and Tryndamere, EDG will have a big edge in drafting with flex picks. Viper also can be described as having a champion ocean. Whether he is outputting insane DPS on Ezreal, kiting out a fight as Aphelios, or placing abilities perfectly as Miss Fortune, Viper is not a player who can be specifically targeted.

The right tools for the climb

T1 had a very distinct style in the LCK. Whereas older iterations of T1 were known for more mid to late-game-focused playstyles, this T1 has been an early-game machine. They were by far the best team in Korea at playing for early leads. T1 averaged an incredible gold lead at 15 minutes of over a thousand in both the Summer regular season and playoffs. They did this by having the most average turret plates destroyed, the highest first blood rate in the regular season, and the highest first three turrets destroyed rate according to Oracles Elixir. T1s odds for the first Herald to allow for this playstyle are 1.963 to 1.816 as a result.

The Korean early-game giant is powered by rookie jungler Oner. This young prodigy has only been T1s full-time starter for three months now. His aggressive playstyle and pathing expertise not usually seen from an 18-year-old have helped transform T1 into a squad that can create winning conditions. T1 had four of the seven best CS differentials at 10 minutes in the LCK Summer playoffs period, with Oner having the second-highest gold differential overall.

If T1 can maintain this level of early game dominance, all they need to do is learn how to consistently close out games. With the years of macro experience in Faker and the ever-reliable DPS machine in Teddy, T1 have the potential to make their playstyle work. They have had a month since the regional finals to find the final piece to their puzzle for victory. The question is: will they be able to put it all together?

Are you curious to learn more about DJ Esports and how it works? Weve got it all covered in our educational piece.

The post T1 and EDG fight for Group B supremacy at Worlds 2021 appeared first on Dot Esports.