Sykkuno joins Karl Jacobs and Sapnap for the return of Banter podcast, discusses his move to YouTube, Twitch changes

Karl Jacobs and Sapnap’s weekly podcast, Banter, has returned. The first episode back featured streaming star Sykkuno and the podcast duo discussed his big move to YouTube, their feelings about Twitch’s changes and behavior, and various other topics.

Banter is a weekly podcast where popular creators Jacobs and Sapnap bring other creators on for an interview and general discussion. Since their return, the duo revealed they will now put out two episodes a week. One will continue in the regular format featuring a special guest and the other will feature the two streaming stars bantering back and forth just the two of them.

The inaugural episode of Banter aired on Sept. 21, 2021, and featured YouTube star MrBeast. Since then, the podcast has continuously boasted impressive featured guests, including creators like Valkyrae, Ludwig, and Hasan.

Banter’s last episode aired on Dec. 8, 2021. After over five months, the duo is back with their latest episode featuring Sykkuno, who just made a surprise move from Twitch to YouTube.

“I just wish that there was anything compelling to talk about with you right now,” Jacobs jokingly said to Sykkuno. “I don’t really think there’s anything… wait, except for the fact that Sykkuno, there’s a big thing that happened in your life recently… you have officially switched from Twitch.tv to YouTube.com.” 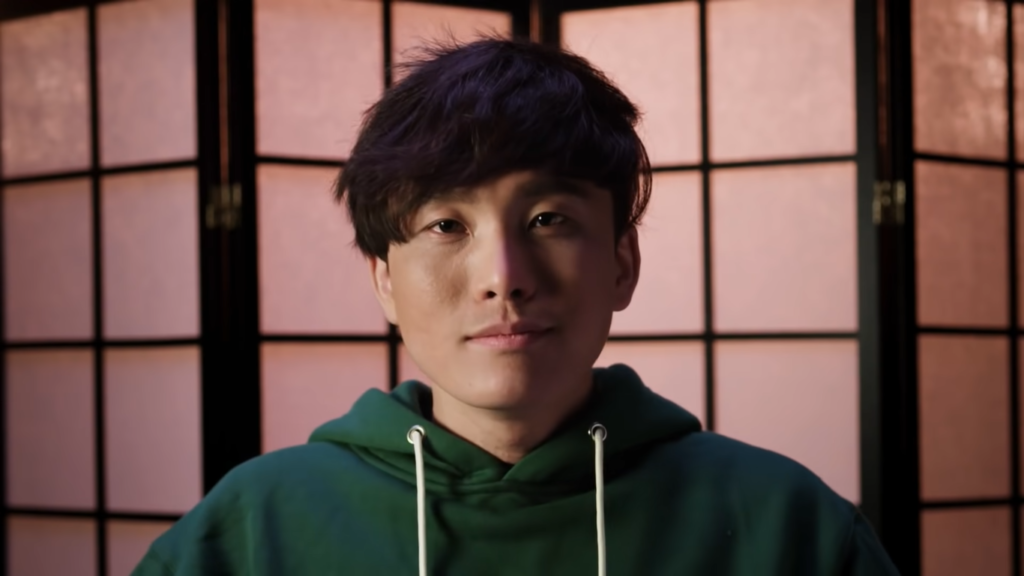 “A little bit sad about it, but I mean it’s probably the good move, I think,” Sykkuno said when Sapnap asked how he felt about the big switch. “It’s like, I kinda miss it, but I don’t think Twitch, uh, wanted me that much, probably.”

“That feels to be the consensus with anybody who’s ever streamed on Twitch,” Jacobs replied.

Jacobs and Sapnap both stream regularly on their main and alternate Twitch channels and Sykkuno just moved to YouTube from there. They, along with many other streamers, have been confused by Twitch’s moves and decisions lately and even more so following the reveal of potential upcoming changes. 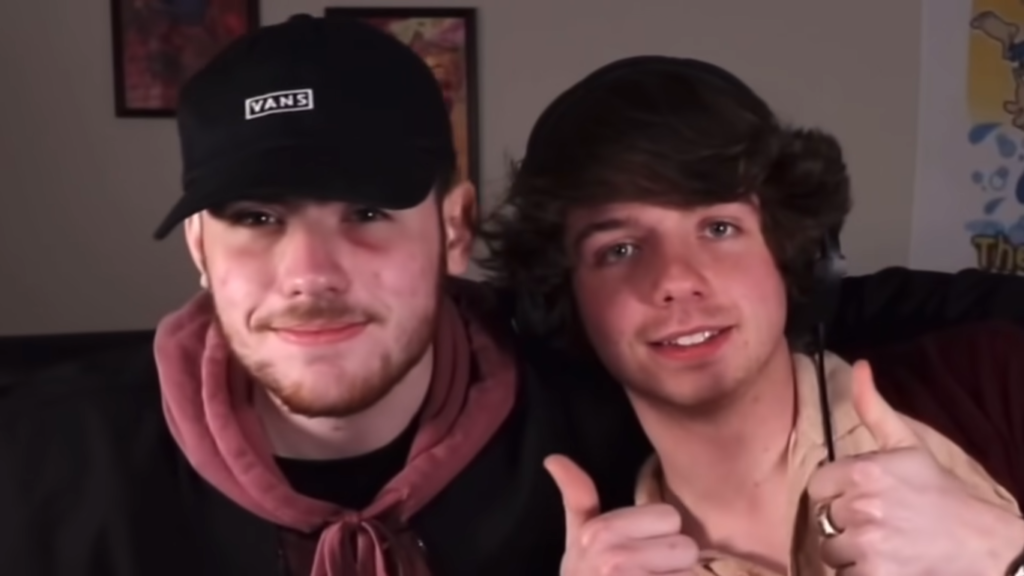 Screengrab via karljacobs on Twitch

The podcast duo and Sykkuno continued discussing Twitch’s behavior and the conversation shifted to how Twitch is continuously losing massive streamers. Twitch’s offer to Sykkuno was previously revealed to be substantially worse than YouTube’s by Sykkuno’s acquaintance KristoferYee.

“They’re like ‘we still have the backlog, we still have Ludwig-oh, well we have CouRage-oh… well at least we got TimTheTatman-Valkyrae? Oh.’ They’re losing everybody,” Jacobs said about Twitch.

“With the new, like, Twitch changes that are being quote on quote ‘considered,’ I feel like Twitch is dropping the ball a little,” Sapnap said. “It doesn’t seem like they really care when their top creators just, like, dip.”

“Basically, I think they’re just treating it like creators are replaceable,” Sykkuno agreed. “Like, they might be right, which is why, uh, for me, it makes even more sense to, you know, take deals like that because if I’m replaceable, I’m never gonna get that deal again, you know?” 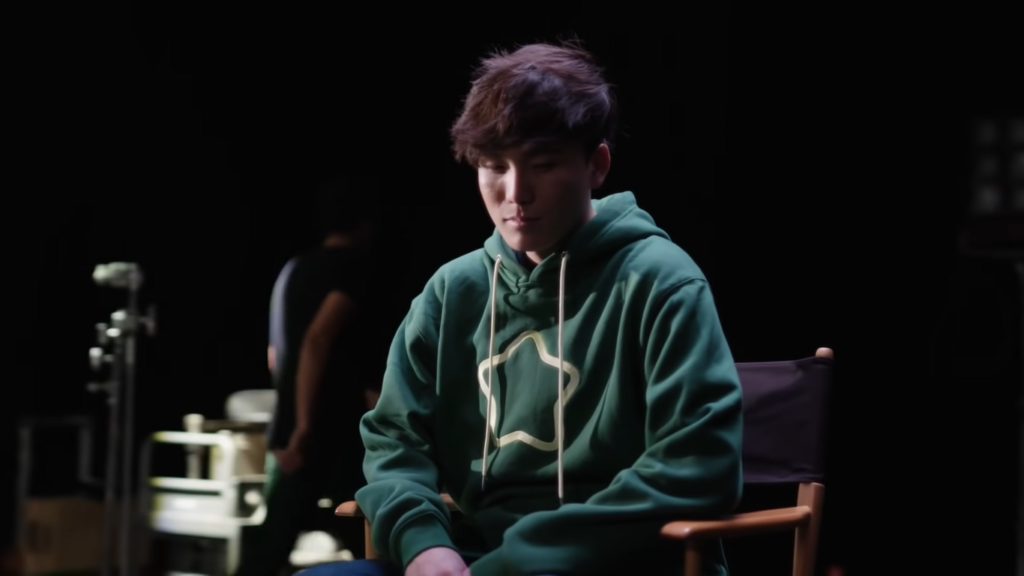 Twitch has continued to lose major streamers on the platform, including some of the biggest names in streaming like Ludwig, Valkyrae, Dr Disrespect, CouRage, and now Sykkuno. And more streamers are possibly leaving Twitch soon, too. Disguised Toast recently revealed that he knows of at least five more streamers who will be leaving Twitch in the future.

“If I’m not replaceable, then they might learn their lesson,” Sykkuno said. “Then they’ll hopefully evaluate more highly next time, so, I think it’s just one of those things they’re like trying to see how it ends up.”

“Generally from my experience and from what I’ve like heard and seen, Twitch is leaning more into the, you guys can leave if you want, we’re not gonna give you too big of an offer because what we offer is, like, a more community feel,” Jacobs said. “And I just think that that’s gonna dissipate with time and I think YouTube livestreaming as a whole is kinda catching up to the community feel that Twitch has.” 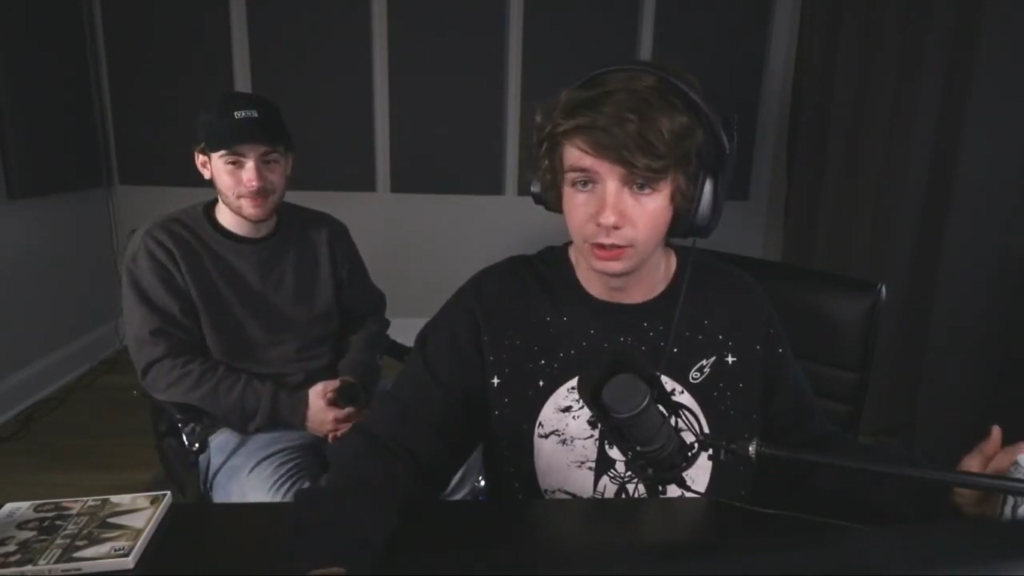 Screengrab via karljacobs on Twitch

“I feel like they’re obviously very great at entertainment, they’re just not that great at livestreaming yet,” Sykkuno said about YouTube. “Which is why they’re trying to get people who kinda know how it works.”

“You were one of the biggest fish in a smaller pond,” Jacobs said to Sykkuno of his popularity on Twitch. “And now you have the ability to outgrow even that.”

The conversation then shifted to Sykkuno’s audience and how Jacobs thinks the audience will follow him no matter what platform he goes to.

“I think that you connect to them in a way that is super cool, super translatable to anything you want to do,” Jacobs said. 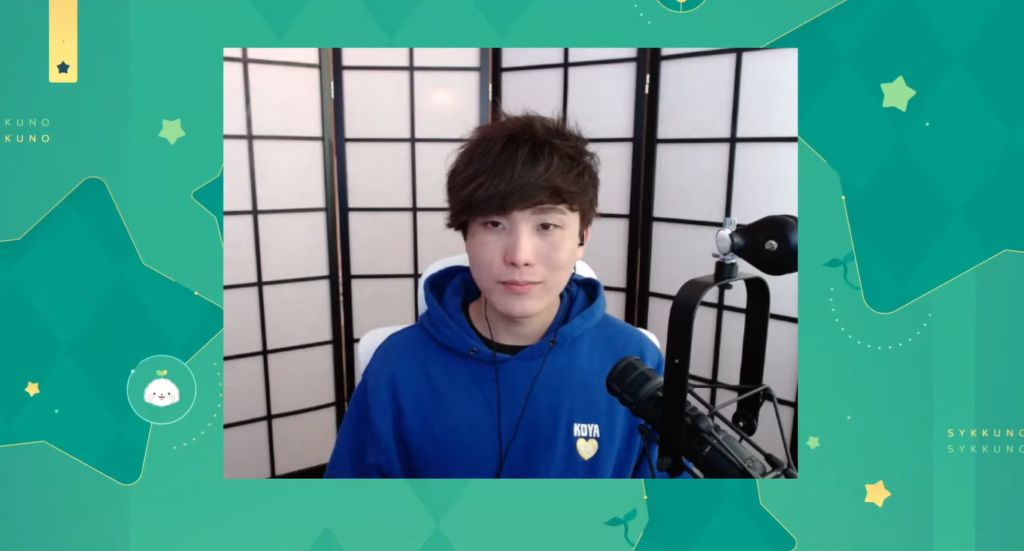 “It’s probably because before I was a streamer, I was a viewer,” Sykkuno said. “So, like, that was me. I was just a huge fan.”

The podcast duo then said they too started off as fans of streamers before becoming streamers themselves. They then asked Sykkuno who his favorite streamer was when he was a viewer and Sykkuno revealed that Lirik was “one of his favorites.” He also said he’s watched xQc for a long time.

“A lot of people that I’m actually friends with I just watched a lot before,” Sykkuno revealed.

Jacobs said the same was true for him and commented how he met Disguised Toast and Pokimane as a fan and is now actually friends with them too.

The episode featuring Sykkuno as well as all other episodes of Jacobs and Sapnap’s podcast Banter are available on YouTube, Spotify, and Apple Podcasts.

Latest comments
No comments yet
Why not be the first to comment?
Featured news
Streaming20 hours ago