Can anyone actually catch the juicer?

Reigning stream-king Felix xQc Lengyel has built himself quite the cathedral atop Twitchs totem pole, again eclipsing the next closest streamer by nearly 10 million hours watched across April and continuing to build momentum through Overwatch 2 and his seemingly-effortless, very long streams.

Last month, xQc clocked up 25.4 million hours watched across a whopping 26 streams. He beat out Gaules (15.9 million) and Asmongold (10.9 million) by quite a margin.

The French-Canadian stream star originally surged into his lead position again in late January through an obsession with GTA Online roleplaying, but has dropped the title from his broadcast wheelhouse recently.

In its place, xQc has been playing League of Legends, VALORANT, variety games, and more recently streaming the closed Overwatch 2 beta for Twitch drops.

The closest Lengyel has come to being shaken at the Twitch peak was way back in February. That month saw Lost Arks launch fire community Fextralife above 20 million in hours watched. The combo-channel outstripped xQc in time live by a little more than 80 hours and garnered the spike for their efforts.

And still, it wasnt enough to beat the juicer king.

According to StreamCharts, who released their Twitch findings on May 2, the French-Canadian juggernaut has made it four-from-four in table-topping months so far this calendar year. Brazilian personality Alexandre “Gaules” Borba came closest, and even he was eclipsed by two-thirds of his total again.

Most watched Twitch streamers in April 2022

Based on hours watched between April 1 and April 30 this year. 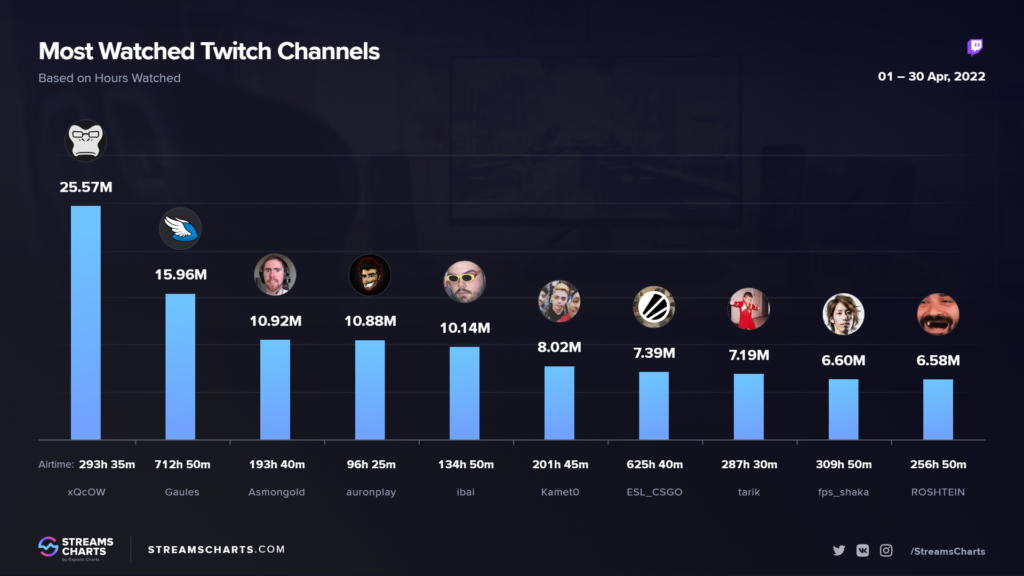 In total, xQcs hours watched actually increased by 40 percent from March to April. As previously mentioned, Overwatch 2 helped with his hike, as did his participation in the Pixel Battle Reddit event on /r/place.

The most notable factor in all xQcs domination, however, is that he wins time and again with different categories, different games, and different streams. The juicer swaps from GTA roleplaying to League to VALORANT to Overwatch and every variety game in between and still retains a monstrous 78,400-viewer average.

As of publication, the French-Canadian boasts 94,000 active subscribers, which places him firmly in the top ten Twitch sub hauls of all time. And, ridiculously, hes not even flying into the charts off one-off events like many others.

No matter what xQc does, hes raking in the views, each and every day. 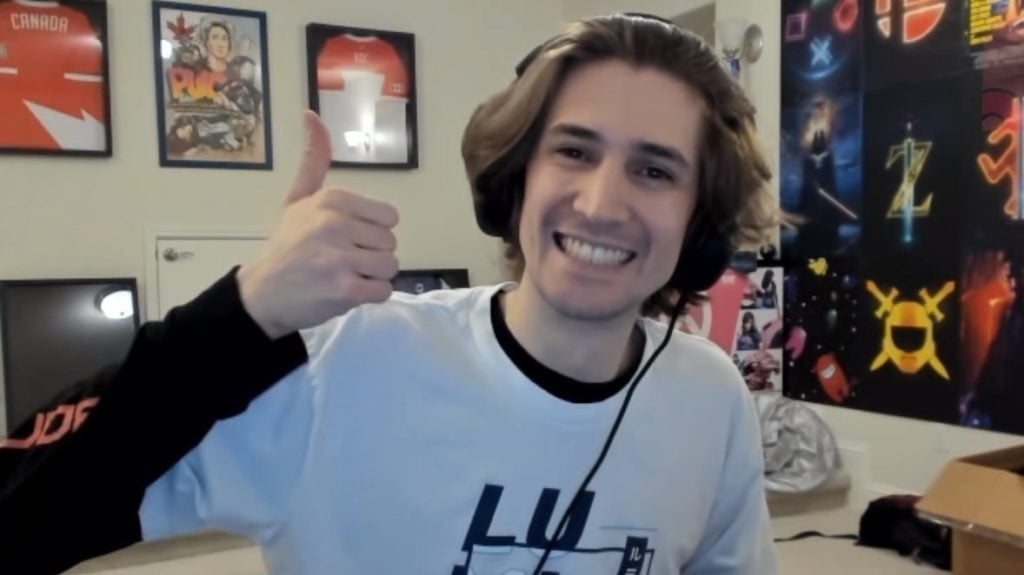 Screengrab via xQc on Twitch

No one lasts atop the Twitch totem pole forever, of coursestreaming titans like Ninja and Shroud once ruled the food chain and now ride much lower down. Others, like Summit1g and NICKMERCS, flew high and bright for times and have simmered down now through title changes, stream direction swaps, and more.

But for now, xQc appears to have carved out a very, very untouchable palace right at the height of Twitch, and everyone is eager to see how long he can last there.

Latest comments
No comments yet
Why not be the first to comment?
Featured news
Streaming20 hours ago