The Splitgate Pro Series will have six notable teams competing for the 2022 season.

Amazon Prime Gaming has joined the Splitgate Pro Series as its presenting sponsor and six pro teams will be joining the partnered roster for the 2022 season, 1047 Games announced today.

In addition to these pro teams joining the roster for the 2022 season, the prize pool has been increased to $500,000. The tournaments will be produced by Logitech Esports Services. The sponsorship with Amazon will also give Prime Gaming members access to some monthly content drops when they connect their Twitch account with their Splitgate account.

The Splitgate Pro Series has seen tremendous growth in the six months the esport has been in existence. 1047 Games, the publisher and developer for Splitgate, saw an explosion in the game’s popularity when it had its early access launch on Steam in 2021. The game received $100 million in funding shortly after its Steam debut and 1047 Games has a valuation of $1.5 billion.

We have just raised $100 MILLION to continue our journey as an independent, community-first game studio.

Read more about it below: pic.twitter.com/jltcqMsvRb

The success of the game naturally led to an interest in making it an esport, and the new partnership with Amazon Prime Gaming, the addition of the six professional teams, and the continued interest in the game has created an environment where Splitgate esports can thrive.

The Prime Gaming team is passionate about supporting the incredible players in the world of esports, and were looking forward to the kickoff of the Summer season of the Splitgate Pro Series, head of global marketing for Prime Gaming Andrea Cutright said in a press release. 1047 Games has been a great partner, bringing our Prime members even more value with the recent in-game content made available to players. Its certainly an exciting time to be a Splitgate player and now a Pro Series viewer.

Some big names are joining the Splitgate Pro Series this year. And with Amazon Prime Gaming as the presenting sponsor, and well-recognized and respected organizations signing on, Splitgate is quickly becoming an esport people are paying attention to.

When thinking about the biggest esports in existence, Splitgate doesn’t usually come to the mind of many people. But 1047 Games and the teams joining for the 2022 season are looking to change that. CEO of T1 Joe Marsh told Dot Esports that the passion and dedication from 1047 Games are what got them excited about breaking into Splitgate esports.

“To develop an esports scene, you really need to buy in at every single level of the game dev and I think we’ve had that from the Splitgate team from day one,” Marsh said. “Just their responsiveness and their willingness to work with the different teams and also trying to find the right team that would make sense for them to grow the game… and not just partner with someone just to have a flashy logo.” 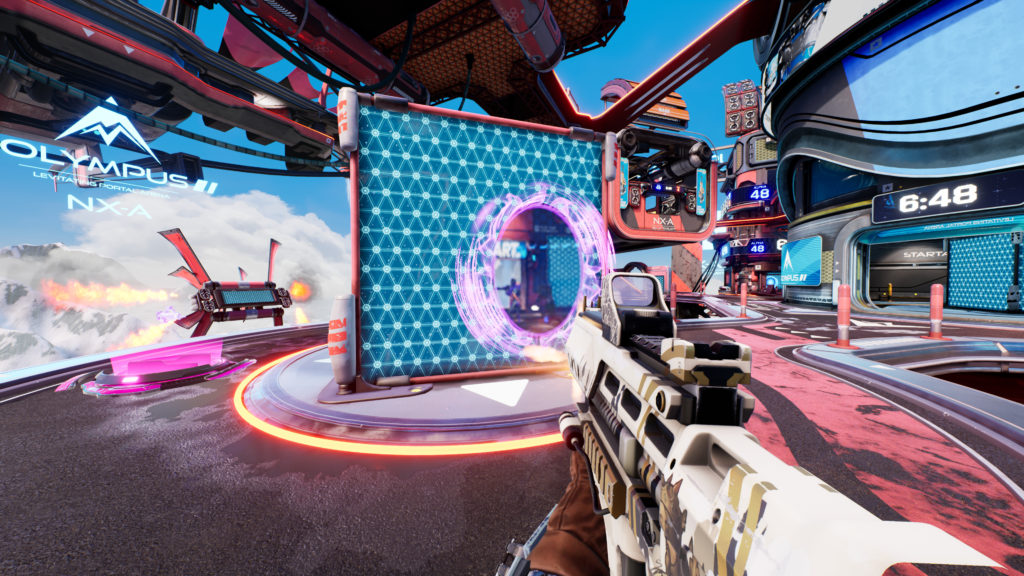 Splitgate experienced a burst in popularity in the summer of 2021. And now, just one year later, six notable esports organizations and big-name partners are already in the mix. Zac Thomas, director of partnerships for 1047 Games, looks back fondly on the last few years and how far the team has come.

“Two or three years ago we had our little online tournaments,” Thomas told Dot Esports. “Back then, [CEO of 1047 Games Ian Proulx] and I and everyone wore many hats. I was actually the one casting the events on Twitch. I would also organize them and get them into lobbies because it’s a very small team and there’s no one to do that.”

Now, Thomas said it’s a passion of his to legitimize the Splitgate esports scene. The team started work with Logitech Esports Services, which is in charge of the production of the esports events. Then they decided they would like to work with some partnered organizations and started working on bringing those teams on board, who will help shape the esport from the beginning.

Two years ago we were running our own community-driven competitions internally with our most hardcore, dedicated community, Proulx said. Now, were going to see professional players competing on the uppermost echelon of skill for Splitgate, which solidifies two years of our efforts of development and community building. It legitimizes Splitgate esports for both active pros and newcomers alike.

The summer season does not have a set start date, but it will kick off in June. Those who want to watch the tournament should keep an eye on Splitgate‘s social media for announcements.