Smite key missing: Here are all the objectives T1 stole from DRX during Worlds 2022 finals

Lost the Baron, won the series.

If you watched the final series of the 2022 League of Legends World Championship, then it might have taken a while for your blood pressure to drop to normal range. Fans and analysts are all saying that this final five-game series between T1 and DRX was the greatest in League history, and for good reason.

From incredible mechanical outplays, frantic teamfights, and poetic storylines setting the stage, this was a day to remember for fans around the world. Throughout the day, for example, DRX’s young jungler Hong “Pyosik” Chang-hyeon almost cost his team the series on multiple occasions when he and his team had a whopping five neutral objectives stolen away. 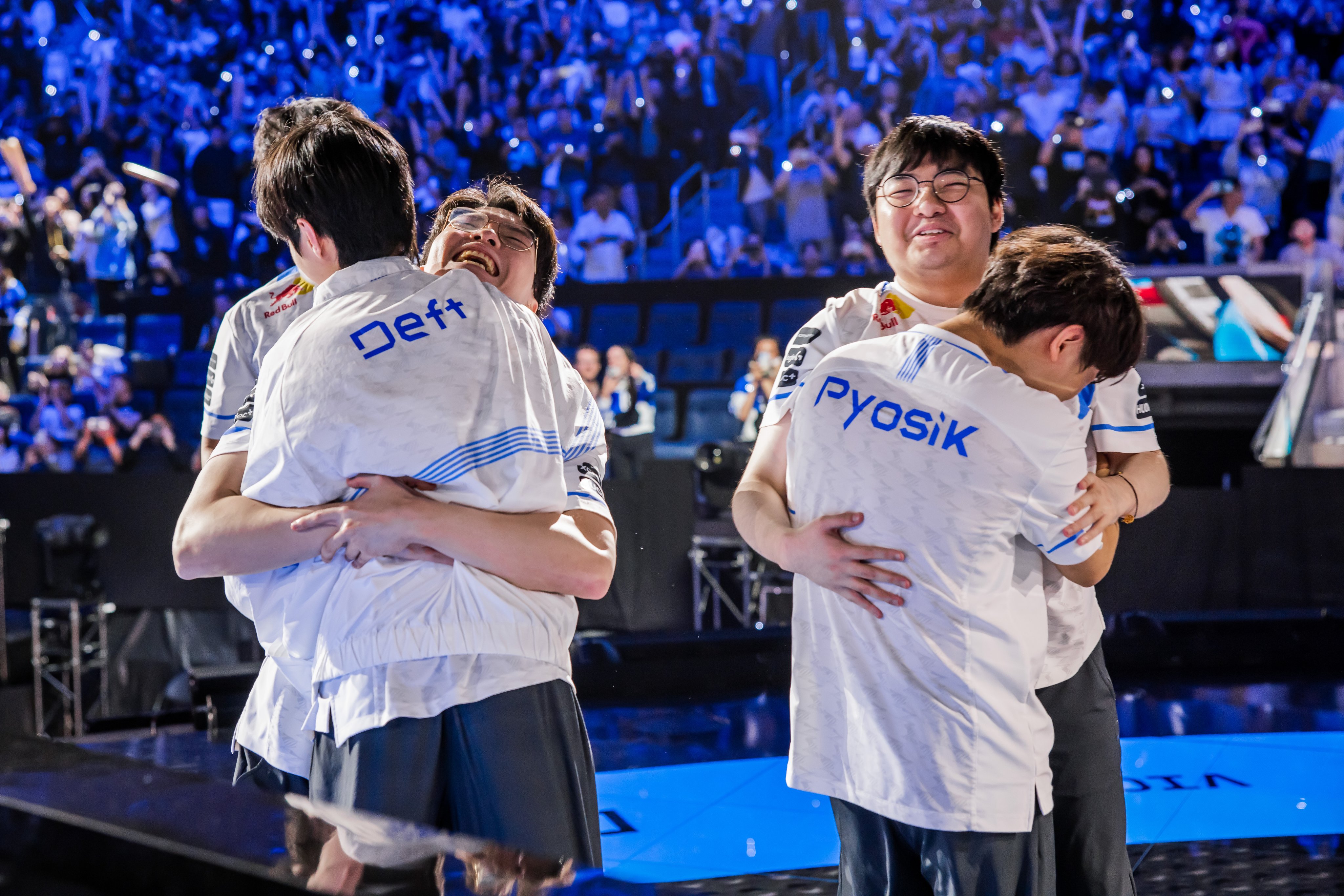 To make matters worse, a majority of these objectives weren’t stolen by T1’s jungler Mun “Oner” Hyeon-jun. Instead, they were snatched away by the heroics of superstar AD carry phenom, Lee “Gumayusi” Min-hyeong. Each time, the Chase Center in San Francisco erupted in disbelief as the two key members kept T1’s chances alive with each steal.

The steals might not have mattered in the end, since DRX ended up with the Summoner’s Cup, but here are all of the incredible moments where T1 stole an objective away from DRX.

Game one: Gumayusi says “Thanks for the leash”

"Who needs smite when you got an arrow?" #Worlds2022 pic.twitter.com/eJ8EP2Jwyf

The first steal of five begins early in the first game of the day, when Pyosik and DRX’s bottom lane made their way over to the dragon at the seven-minute mark. With priority over the dragon pit and better positioning, T1’s own bottom lane resigned to give up the objective and return to lane. Before heading back, however, Gumayusi threw a lone Varus arrow that pierced the heart of the Cloud Drake, surprising the casters and crowd alike.

Although it wasn’t technically stolen away from Pyosik, the jungler did inadvertently throw his team into a difficult situation when he was caught out of position right before a teamfight at the dragon pit. He was quickly jumped on by multiple T1 members deep into their own jungle, which prompted DRX to try and sneak away the Ocean Drake while their opponents were distracted. Unfortunately for them, T1 immediately turned back to the pit, and with a smite advantage on their side, Oner pulled off a flawless Graves combo to snatch the soul away from their enemies.

Around 24 minutes into game three, DRX were up around one thousand gold over T1 when they turned their attention to Baron Nashor, in an attempt to speed the game up and snowball their lead. During the skirmish, however, T1 was able to poke down their opponents to relatively low health, and even though DRX’s mid laner Zeka successfully Azir shuffled Oner away from the objective, the star jungler flashed over the wall and out-smited Pyosik.

In that same game, DRX came off a brilliant teamfight that had T1’s jungler dead for more than 30 seconds. With Baron, the underdog squad would have had a chance to end the game and take a 2-1 lead in the series. Without a jungler in sight, there wasn’t much of a chance that T1 would steal away this buff, but Pyosik inexplicably missed smite and dropped Baron’s health to 217 HPthe perfect health for Gumayusi to steal it away with another well-placed arrow.

GUMA DOES IT AGAIN! #WORLDS2022 pic.twitter.com/XYf5Erq5r3

After what looked like a game-deciding teamfight at the 20-minute mark for DRX, things looked all but lost for the perennial World Champions. Once more, T1 were down three players as their opponents zoomed towards Baron, when Gumayusi hit a once-in-a-lifetime Varus arrow that sent shockwaves throughout the arena. One final time, Pyosik missed smite and dropped the monster to 466 HP, allowing Gumayusi’s arrow to not only yoink the buff away but also pump some life back into his team.

Even with all of these miracle steals, DRX ended up taking home the trophy after a historic five-game series. Whether Pyosik underestimated Varus’ damage, he felt the pressure on his shoulders, or something else entirely, the young jungler can now look at this tournament as a brutal learning lesson for future international events.